$15 for adults, $5 for children via tybeeposttheater.com

Partridge grew up with a piano-playing mother, eventually finding solace in the raw rock of Nirvana. After graduating high school, he studied at Bible College, graduated, and became the understudy of an Appalachian preacher. He began finding the spiritual blues of players like Robert Johnson and Son House before rethinking life, joining the military, and working as an avionics tech on C-130s. 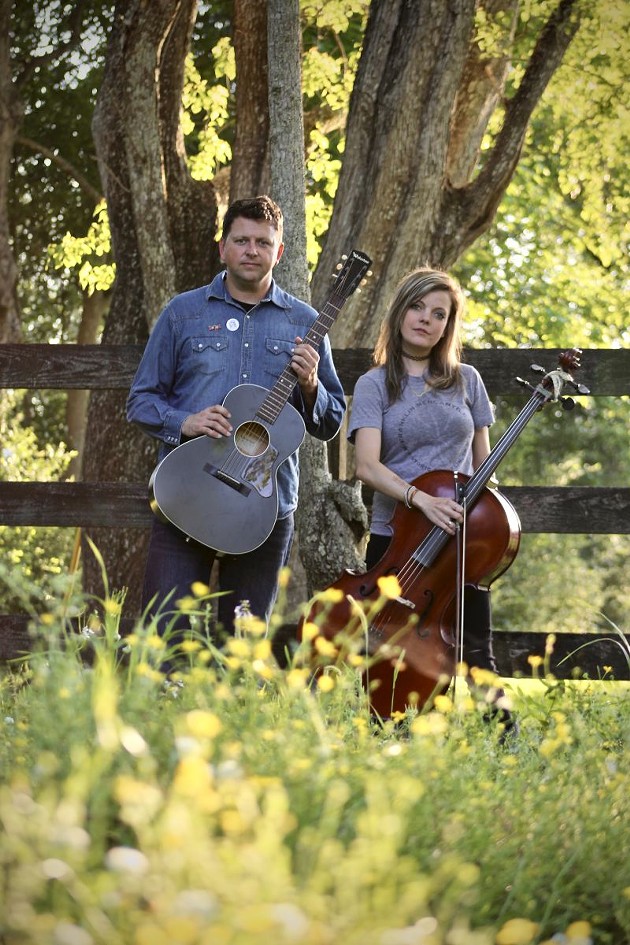 Now, Partridge is one of his home state’s most in-demand songwriters, fusing the spirit of punk and the deep narrative quality of Southern musical tradition. With ragged vocals landing somewhere between Lucero’s Ben Nichols and Drive-By Truckers’ Patterson Hood, Partridge is a captivating writer and performer. Though Cotton Fields and Blood for Days is a mere eight songs, each punches listeners in the heart and leaves a mark.

For his return to Tybee Post Theater, Partridge will be accompanied by cellist Courtney Blackwell.

We talked with the singer-songwriter about his new album, his early performance days, and establishing a connection with his listeners.

Coming off of the release of your first record, what was it like writing for Cotton Fields & Blood For Days?

The second record kind of came about, honestly, as an accident. I'm a songwriter—I don't really specifically write for records. I was just hanging out in Nashville with a producer friend of mine...we were going to record a 7" with the song "Colors" and "Alabama Blues." It just kind of progressed from there, and the next thing you know, I had a full record's worth of material.

What was the process like in choosing what material to use?

I play a whole lot of shows, and in my shows I kind of feel out what the audience likes. The songs that get the best response when I'm playing live are usually the ones that end up on the record.

You've been playing out since 2015—you had quite the very first show.

Yeah! So I played a songwriter contest in Gulf Shores, Alabama in October 2015, and that was the first time I had the gall to really play anything I had written in front of anybody. I ended up winning that night and meeting this other guy who was a contestant and we've become best friends. He's produced both of my records—it's kind of magic. 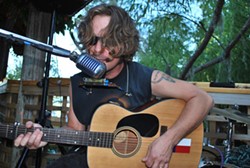 How has performing changed for you since then?

I've just gotten better. I played The Listening Room here in Mobile, my hometown, play it once a month and I'm learning how to interact with audiences. I'm making sure the stories and lyrics are getting heard. I'm trying to communitate, trying to take music to the level, take my songs to a place where they are communicative more than trying to communicate a message. They tell a story...mainly, what I've grown in is trying to do that.

How do you try to connect with people in lyric and tone?

I never took a class on songwriting and I'm probably doing it all wrong. But I was a preacher for a long time, and that's kind of I guess where I'm coming from when I write songs. I don't have the same message I always had, but every song contains some type of truth, some type of emotion. I just try to put in a lyric that is easily grasped.

You had some great guests on this record. What was it like to take those solo songs and make full-bodied, recorded tracks?

Primarily, I play solo...Courtney Blackwell plays cello with me, we've hit the road a lot. But hearing your songs surrounded by a band of confident players really takes them all to a different level. It's almost a spiritual experience when you're able to hear these songs and find them toned up.

You’re doing this while still being in the military?

Yep, I’ve got my military boots on right now! I’m an Air Force reservist. I work for the Air Force during the week, I’m not an active member but I work at a job as an Air Reserve Technician.

How’s it been working with Skate Mountain Records? You were one of their early artists.

Yeah, it’s run by Scott and Kate Lumpkin, they’re longtime filmmakers and movie producers and they started a record label a couple years back. I was their fourth or fifth addition, and they’ve been wonderful. I’ve gotten my music to a much broader audience and it helped me get into that next-next echelon of touring. I’m still trying to progress to the point I can be full-time, but I’m definitely a lot further down the road to that goal than I was before Skate Mountain.

What are you working on, do you have a lot coming up this summer?

Oh boy do I ever! I am working on something all the time. I’m painting a whole lot—I create visual art that has really taken off, I’ve sold 22 paintings. That’s been good. I’m putting my punk rock band back together, we’re doing some punk shows, I don’t know if it’s going to be anything to tour with in the future. I’m just kind of branching out and experimenting with digital loops and stuff. I always got my hands on something! I’ll probably be recording another electric album in the line of Cotton Fields and Blood For Days. Hopefully I'll have another record out through Skate Mountain.