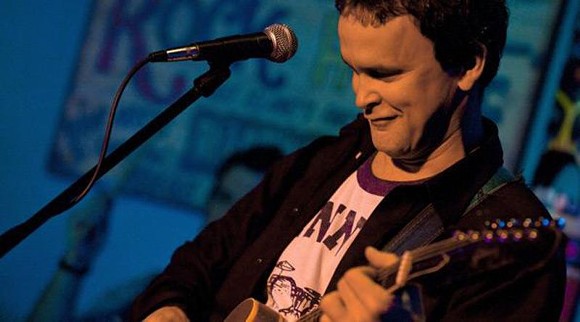 TO mark the first Tybee City Limits of the year, the Post Theater is hosting a diverse spectrum of local talent: The Eric Culberson Band, Greg Williams, and Crystina Parker.

That wild guitarist Eric Culberson has been entertaining Savannah and beyond for more than twenty years with his compatriots. You can catch Culberson and his band playing unique Georgia blues and timeless favorites from River Street dives to island restaurants, but a sit-down, theater performance like this is a rare opportunity to take in the band’s incredible chops without the hustle and bustle of the bar (though dancing to the band into the wee hours of the morning is one of our favorite ways to spend a Savannah weekend night).

Greg Williams, crafter of original blues-influenced rock ‘n’ roll, plans on playing some old favorites and some new songs, as well. The singer-songwriter is currently working on a new album; the City Limits crowd will be treated to fresh cuts from that, as well as standbys from his first five recordings. The guitarist/vocalist will be joined by Paul Cooper on drums, Shane Baldwin on guitar, and Jon Willis on bass.

Crystina Parker, who you may recognize from Lovely Locks, currently performs in potty-mouth punk band Pussy Launcher; she’ll show her Southern folk roots and storyteller side with a set of original tunes.