ON THE winding drive onto Tybee Island, just in front of Huc-a-Poo’s, sits the Tybee Cottage Art Gallery, a thriving co-op with 23 showing artists and a whole lot of art.

For the month of June, the co-op brings their work to the mainland with “Shades of Blue,” hanging now at Blick Art Supply on Broughton.

“This is the first time we’ve come as a cohesive with, what I think is, a representation of all our work,” notes painter Cate Campbell.

“Shades of Blue” includes eight artists’ sea-inspired work, from a time-lapse photograph of the stars above the Tybee pier to an incredibly detailed painting of shrimping boats to mermaids, waves, and an octopus. 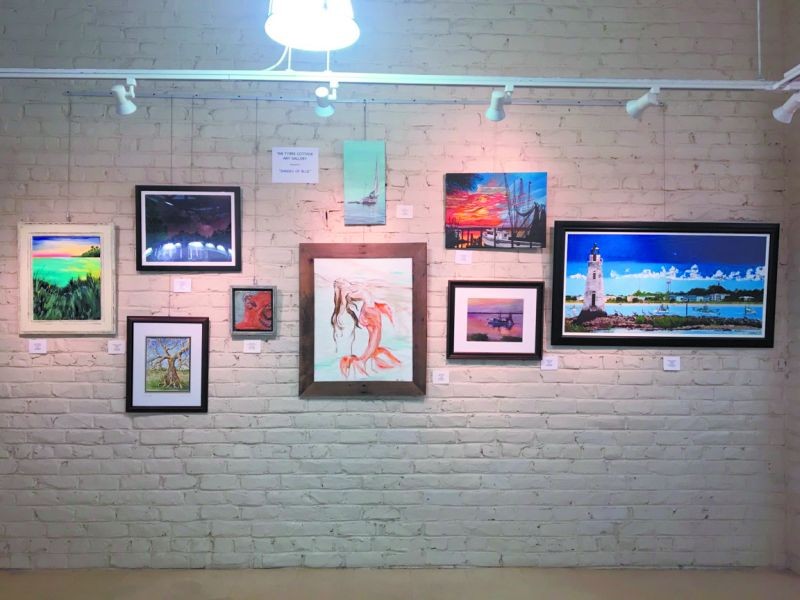 It’s obvious that the Tybee Cottage Art Gallery is a tight-knit group. As Campbell takes me through each piece, she offers tidbits about the artists’ style and their life—C.O. Brown is a former woodworker and deeply religious, Benjamin Turner uses a complex grid system in his paintings, Donna DeFrance Waite didn’t get started with art until later in life.

“It’s important to know about their work so you can sell it when they’re not there,” Campbell notes, but there’s more to it than that.

“One of the best things about being in a co-op is that you teach each other, learn from each other, share ideas.”

Crystal Travaille and her husband, Chris, both pottery artists, recently took ownership of the gallery.

“Before I started renting it, I said, ‘Let’s pretend we are gallery owners three days a month,’ which is fun because you’re in charge of public relations when you’re there,” Travaille says.

While some art critics look down on beach landscape paintings, seeing them as boring or gimmicky, I think it’s clear the artists are playing to both their strengths and their audience. As Travaille and Campbell explain, people who come to Tybee want to take home art that represents what they’ve just seen. There’s a booming market for those scenes—Campbell estimates eighty percent of their consumer base is tourists. 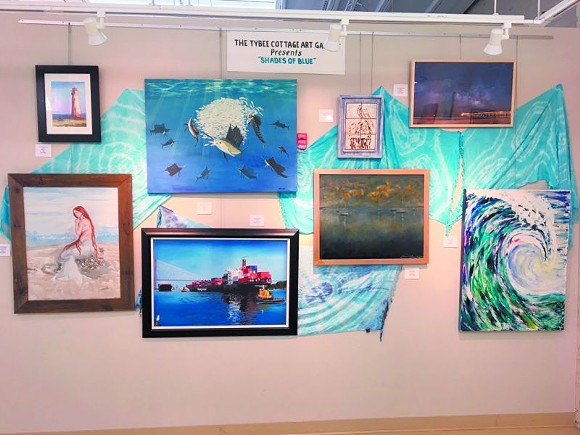 “I’ve been in the arts since I was seventeen years old, and the reality is, I want a place where you can come into that gallery and have no knowledge of art, but you’re drawn to that tree, drawn to that mermaid,” Campbell says.

The art for “Shades of Blue” was created for pleasure, not profit, and that distinction shows.

“When you come to a show like this, you’re getting the true essence of the artists here and what they do,” Campbell says, “not just because they want to sell the piece but because it makes them happy. I brought my mermaids because they’re close to my heart. These were not brought here to sell. I think most of these [pieces] are the ones that people felt were representative of them.”

“Shades of Blue” will remain upstairs at Blick for the remainder of June.