Opposition heats up as City Council readies to vote 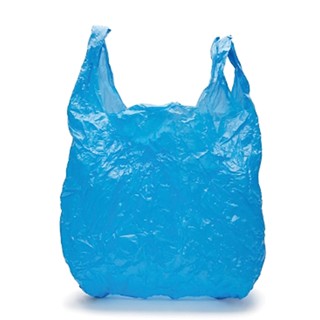 AN ORDINANCE that would ban the distribution of single use plastic bags on Tybee Island has caught the attention of national bag manufacturers, and they're sending in the troops.

Representatives from the plastic bag industry are expected to make an appearance at a stakeholders’ workshop this Wednesday, Feb. 18 at the Public Safety building on the north side of the island, as City Council members examine the latest version of the ordinance and hear from the public.

New revisions include public safety exemptions for meat and a required ten-cent charge for paper bags.

The original proposal, crafted by Tybee Island Resource Committee member and Bring Your Own Bag founder Ashley Workman, has been in the hands of City Council since last October as local leaders gauge its viability.

Other municipalities across the country that have passed similar ordinances have been taken to court by plastic bag manufacturing industry groups and retailers’ associations, including L.A. and Austin.

While some cities have had the lawsuits dismissed, others have succumbed to the legal power of the industry’s lobbying efforts.

“Our city attorney is aware that there is likely to be litigation against the ordinance so we’re trying to make it as bulletproof as possible,” says council member Paul Wolff.

“Frankly, it’s amazing that these national lobbies would care about a town as small as Tybee. But I guess they think there will be a snowball effect that could hurt them nationally or internationally.”

Tybee Island has no more than 3000 year-round residents, but when its summertime population swells to 30,000 beachgoers a day, massive amounts of litter—including plastic bags—end up in the ocean, threatening marine wildlife and mucking up the water.

The rationale behind the “bag ban” ordinance is that disallowing retailers from giving away free plastic bags to their customers will reduce pollution and increase environmental awareness.

“The problem isn’t Tybee people. People who live here are very conscious, they dispose of their trash like they should,” says Hosti, whose grocery store on Butler Ave. arguably distributes more plastic bags than any other business on the island.

“The bags in the ocean are brought in from off the island. If you collect a hundred bags, maybe one of them comes from my store. The rest are from Walmart, Target and Dollar General. That’s what’s blowing down the beach, and this won’t help.”

Instead, Hosti would like to see increased recycling bins and the re-establishment of trash barrels at several stations along Highway 80, including Fort Pulaski and at the Bull River bend. A plastic bag collection point at Tybee Market in the works, and reusable canvas bags with its logo have been ordered to encourage customers not to use plastic bags.

Hosti says his store has already seen marked increase in requests for paper bags, which he says are not a good option environmentally or economically.

Plus, they break almost immediately in the humid Tybee summers.

“Look, I’m all for reusable bags; it saves me money. But we already have too many ‘no’s on this island,” he points out.

“We have to educate people not just about plastic bags but about recycling in general and not littering in the first place.”

Still, the ordinance has garnered tremendous public support, as has the opportunity to lead the state of Georgia in becoming its first municipality to ban plastic bags.

“I think this could work to retailers’ advantage—they could offer their own bags that could be souvenirs for tourists,” counters councilmember Wolff.

As for the circulating suggestion that the bag ban should voted upon by Tybee residents, Wolff says since the issue is not a broad-sweeping measure that would affect individual residents, it is under the domain of council: “We’re going to use the administrative process we have to protect the environment and work with businesses.”

Depending on the outcome of this week’s workshop, a vote on the ordinance could be on the council’s agenda as soon as the end of February.

It’s a touchy subject that this tiny beachside community hopes to work out for itself, free from the influence of outside corporate monies.

“We should be very concerned that special interest groups are threatening to sue the City of Tybee Island for standing up for the ocean,” says Workman, who also promotes education as a way to reduce island pollution.

“There may be logistics to work out before we can enact real positive change, but the lobbyists are actively working to stop any progress in its tracks.

“These groups have no stake in our community and would rather drain our tax dollars on legal fees with no concern for our marine ecosystems.”