It’s that time of year for the college football world. Traditional National Signing Day is quickly approaching (February 1, 2023), and with the season over, college head coaches and assistants are traveling the country trying to recruit high school talent for the Class of 2023 and beyond.

On Tuesday, the two-time defending National Championship coach of the Georgia Bulldogs paid a visit to Savannah to check in on a few players from two of the city’s top football programs. 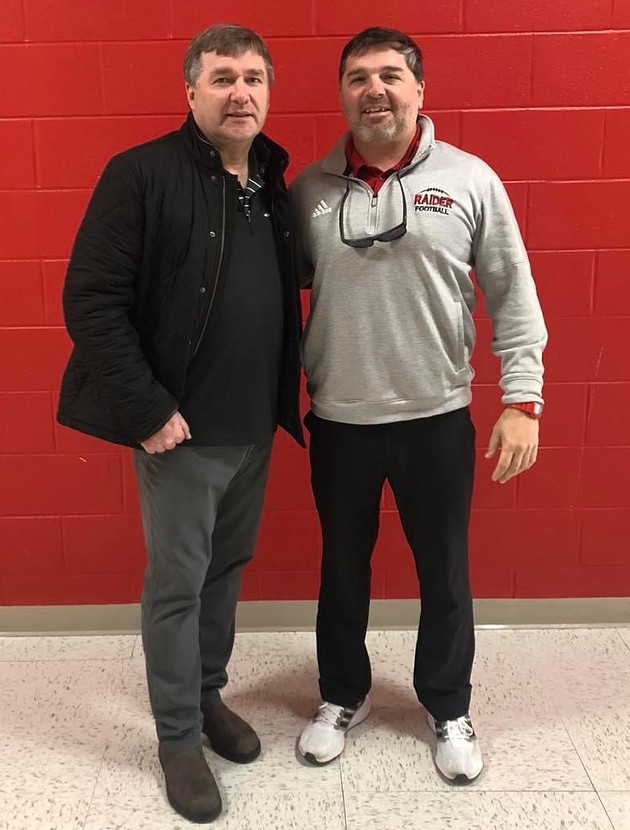 Although the social media posts will almost always thank college coaches for “coming to recruit our student-athletes,” the purpose of Smart’s visit was likely headlined by the 5-star SCPS defensive end Elijah Griffin (Class of 2025) and potentially a pair of junior Cavaliers who are each 4-stars, and each uncommitted.

Calvary tight end Michael Smith is set to announce his collegiate decision in a ceremony on January 24, and UGA is not in his listed top-8 on his Twitter profile (@ayeemikee1_). Arkansas, Tennessee, South Carolina, Alabama and Texas are among the scholarship offers he is considering. Both Smith and quarterback Jake Merklinger are in the Class of 2024, neither has seemed all that likely to head to Georgia, but that won’t stop Smart from checking in on players of their caliber when he comes to Savannah. 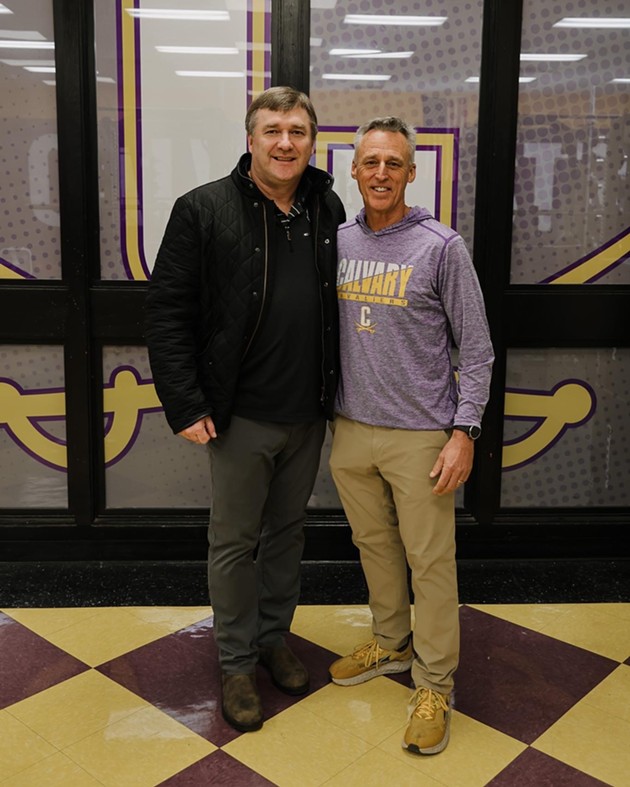 Merklinger (@JakeMerklinger on Twitter) has offers from schools like Tennessee, Florida, North Carolina, Maryland, Arkansas, Mississippi, Auburn, Georgia Tech, Michigan State, Minnesota, LSU, Louisville, Mississippi State, Duke and more. He has visited UGA several times, but has yet to announce any offers from Smart and the Bulldogs. Also on the Calvary roster is Edward “Doopah” Coleman, who has Power 5 offers aplenty out of the Class of 2025. 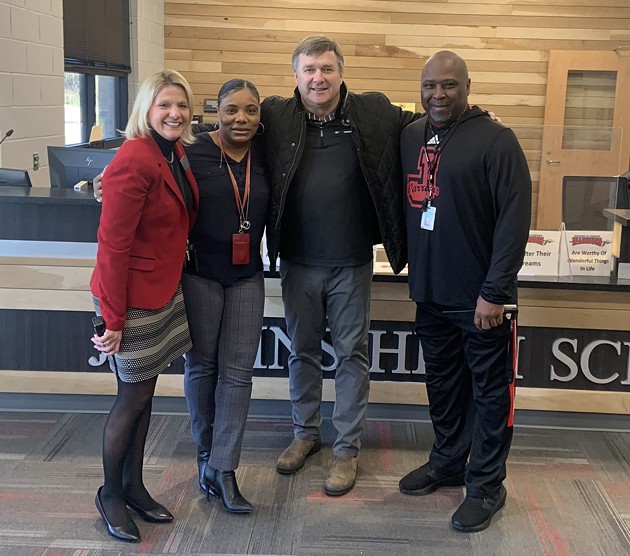 Griffin (@elijahgriffin95 on Twitter) is considered one of the best players in the entire country in the Class of 2025. That’s at any position. He has an offer from just about every major program you could think of, but Georgia was his first ever scholarship offer when Smart offered the defensive end in September of 2020, nearly 10 months before he ever played a down of high school football. So, Georgia is in the running for Griffin’s services, but he is also reportedly interested in Florida State (offered him in Feb. 2022), Alabama (May ‘22), Ohio State (May ‘22) and South Carolina (Feb. ‘22). 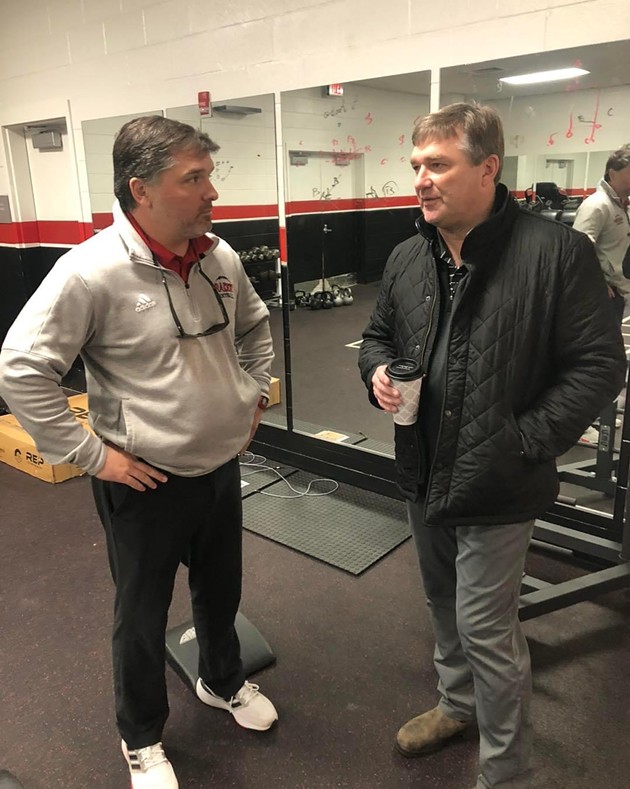 By the time mid-afternoon arrived on Tuesday, Smart had made his way over to Jenkins High School. There, he may be looking at some young offensive lineman for the Warriors (Class of 2025 & 2026) as well as Class of 2024 3-star edge rusher Lorenzo Cowan. It wouldn’t be surprising to see Smart making his way to several other Savannah schools before Tuesday is concluded. 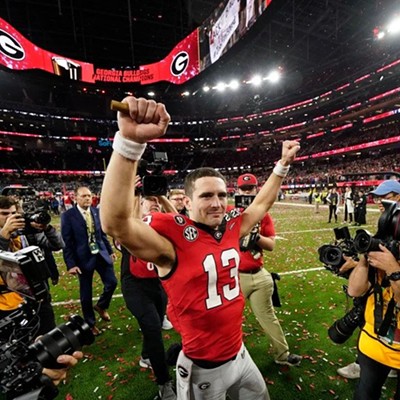 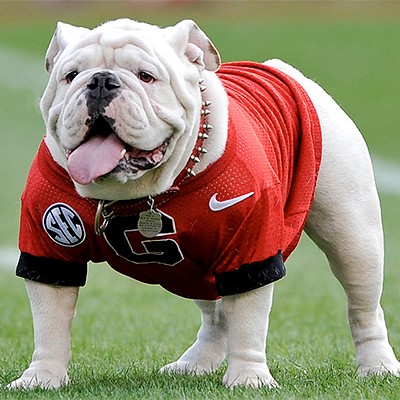 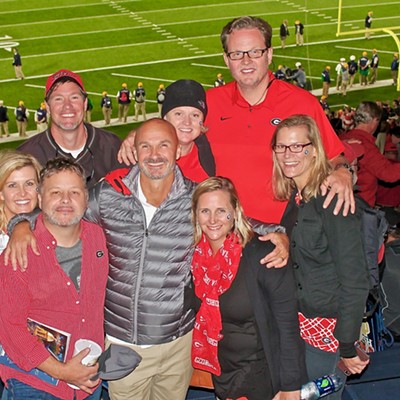