Regular readers of Connect Savannah are very familiar with the work of Geoff Johnson, who has contributed dozens of awesome cover and inside photos for us over the years.

The D.C. native, SCAD grad, and longtime local resident combines a photojournalist’s eye for compelling documentary detail with the striking composition and color of a fine arts photographer.

Through June 2, Gallery Espresso hosts Johnson’s first solo show in several years, “unaffected,” with an artist’s reception this Friday evening, 6-8 p.m. at the coffeehouse on Chippewa Square. (Cohen’s Retreat is currently hosting some of his work in a group show.)

To help spread the word about the show, we asked Geoff to send us a few shots and chat with us about the story behind the photos.

"This is on top of what's supposedly the largest residence in downtown Savannah, now an antiques shop. The model is Shabnam Gideon, who's real well-known around town for her work with the Forsyth Farmers Market and farm-to-table-like things. I've known her for a long time. This is a cupola on top of the building. When I was a freshman at SCAD, students rented this entire building. It's so large downstairs, kids would ride their bikes around inside. I remember at one point someone actually rented this cupola and lived in it. They had a little bed tucked in there."

"This was shot on a bridge on the historic Liberty Trail in Liberty County. That's actually the old Liberty Canal. Parts of the Liberty Trail are current roadway, but parts of it, like this, are pretty much off the grid and basically deserted. The man was the only person in eyesight. He initially didn't want me to take his picture. But I hung out with him for a few minutes, sort of chatted awhile. Then I asked again and he said okay. If you look closely you can see he's smiling in the photo—he knows the camera is on him. I really like this because you've got colorful touches like the blue of the sky, the words Georgia Peach with an actual peach painted over it later, and the Drive By Truckers."

"It's old meeting new, with the sailing ships and the modern cranes in the background, which sort of look like sailing ships too. But another thing about this is it's a pretty new take on the Savannah River—I shot this from a boat in the middle of the river. There was a light rain that day, which lent it the whole foggy look. The afterstory of course is that this is the Bounty that sank in [Superstorm] Sandy. That same day, I photographed the captain who went down with the ship during the storm. Millions watched that ship sink. The ship itself was also interesting. It's a replica of the Bounty built for the movie starring Marlon Brando. When you go below decks you're expecting the typical low ceilings. But the ceilings are actually pretty high, because the ship was built to accommodate the lights and cameras for making the movie." 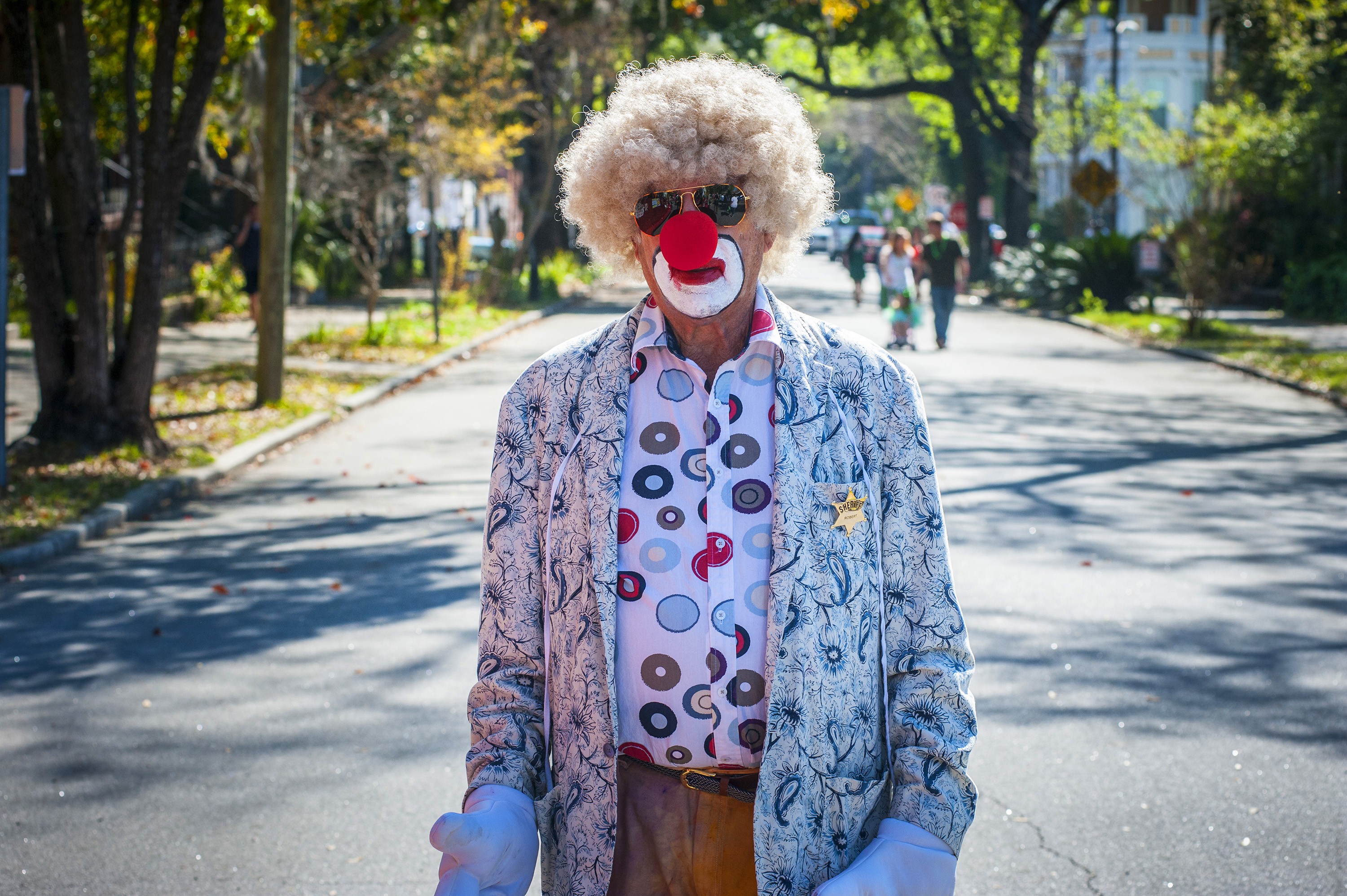 "I do not know him! This of course was shot on St. Patrick's Day—you can see people are walking around in the middle of the street and there are no cars around. But you can see in the reflection of his glasses that there's a lot going on outside the frame."