The 2021-2022 United Way Annual Campaign, led by Campaign Chair and local business owner Cecilia Russo Turner, has come to a successful conclusion. The grand total of funds in and through United Way of the Coastal Empire for the campaign year 2021-2022 is $13.1 million.
“I’m so proud of our volunteers, donors and everyone who helped make this amazing result happen,” Russo Turner said. “The resiliency of this community gave life to our theme of ‘No Grit, No Pearl,’ and the generosity of the community has been inspiring. I’m beyond grateful for the response. This has been one of the most rewarding experiences of my professional career.”
Russo Turner has been involved with United Way of the Coastal Empire for a number of years, both personally and through her company Cecilia Russo Marketing. The Savannah native was the Annual Campaign Vice-Chair in 2020 and used what she learned to set higher goals as Chair. Her strategy for the campaign had three main elements. First, to increase participation and create new ways for the community to support the mission. Second, to increase donations specifically to the Community Fund. These dollars go further as they allow United Way to support nonprofit programs, provide direct assistance to people where there are gaps through their 211 call center and county service centers, and connect volunteers to causes that strengthen the community.  The third element was to ensure donors and volunteers who have worked with and supported the United Way over the years know how much their support matters.
click to enlarge 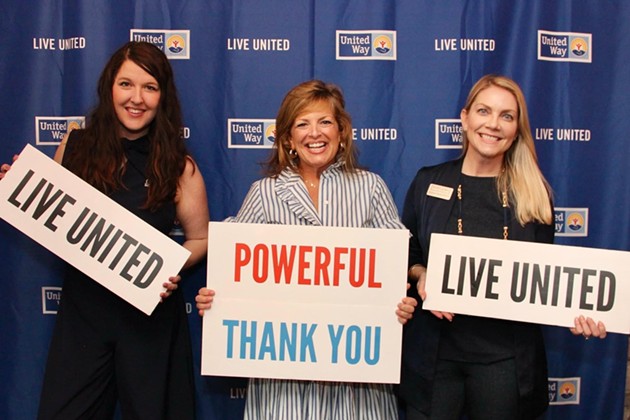 The list of longtime donors includes more than 3,900 individuals who have given for ten years or more and 1,352 who have given for more than 35 years. More than 800 employee workplace campaigns were conducted, with nearly 150 increasing participation and overall giving over last year. Russo Turner also led the effort that added more than 2,000 new donors and dozens of new businesses participating.
A breakdown of the fundraising total reveals strong support from the public and private sectors. Coordinated Government Programs, including federal funds under local control, totaled more than $3 million. Sustaining Support from a generous trust set up by former Savannah Morning News publisher Herschel V. Jenkins plus other vital income covered all of the campaign’s operations costs, including administration and marketing. This was calculated at $1.86 million. The remaining balance — the donations from workplace giving, individual donations, events and grants — is what Russo Turner appreciates the most.
“Donations of nearly $8.2 million from the Community Giving campaign just blew us all away,” Russo Turner said. “Words cannot express my gratitude to this community. United Way will be able to help so many people and make a real difference in their lives.”
Community leaders created United Way of the Coastal Empire more than 80 years ago to benefit Georgia’s four southeast counties. Since then, the organization has become an essential part of the social services infrastructure that sustains our lives and our communities, especially when disaster strikes. During the Annual Campaign, United Way was able to respond immediately to mobilize resources after the recent tornadoes in Bryan County. The organization’s mission to improve lives by matching resources to needs is largely supported by the Annual Campaign.
“The gifts and grants to Community Giving mean the most because those are the people who live here responding directly to challenges at home. We can’t thank them enough for making this such a wonderful and generous place to call home,” Russo Turner added. “Now the work begins to do even better next year.”

In the 2021 - 2022 investment cycle, United Way of the Coastal Empire vetted and disbursed $3.63 million in grants to 86 nonprofit programs of 54 agencies working on everything from providing hot meals to seniors to after-school programs for children in four southeast Georgia counties: Bryan, Chatham, Liberty and Effingham. The Community Fund also allows United Way to offer direct help through its 211 call center and county service centers.

We do our best, everyone wins 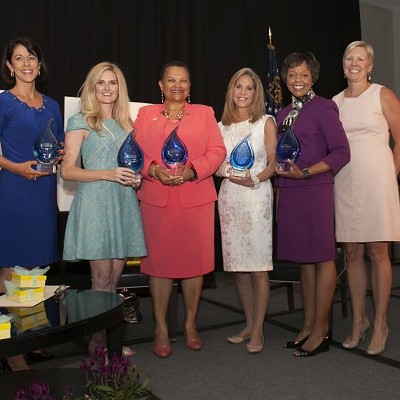