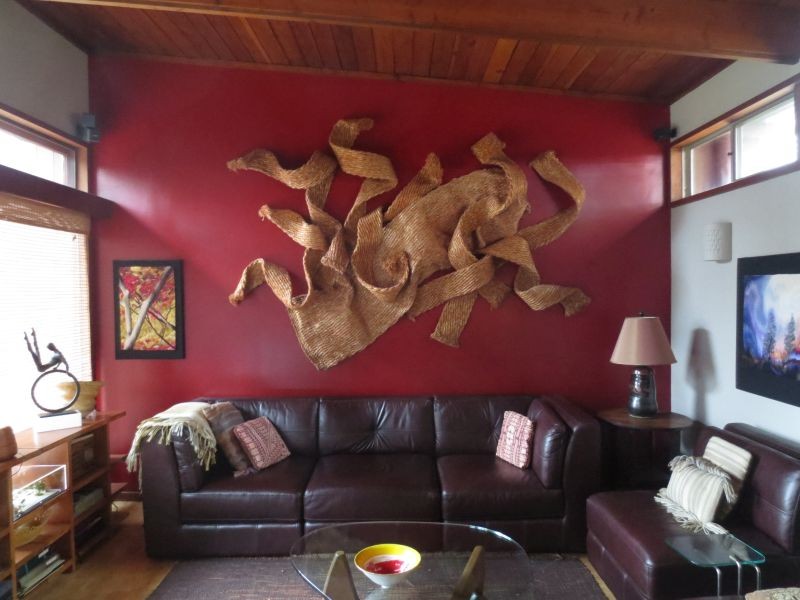 Blowing in the Wind

THIS MONTH’S exhibition at the Jewish Educational Alliance is an impressive display of fiber art that spans nearly 50 years.

Born in Pennsylvania, Urban Jupena’s storied career took off at Cranbrook Academy of Art in Bloomfield Hills, Michigan. Eliel Saarinen, the school’s architect, commissioned students to create work that would complement his design, and Jupena was one of those students.

For many years, Jupena was a professor at Wayne State University in Detroit, teaching weaving and fabric printing and dyeing.

Jupena has exhibited the world over, from Angres, France, to the Smithsonian Institution in Washington, D.C., to right here in Savannah. However, he prefers working on commission since it allows him to create specifically for a space. He has created commissioned work for a Frank Lloyd Wright-designed and for the Chrysler Corporation World Headquarters, both in Michigan.

Some of Jupena’s most masterful works are those he created for a particular space. It’s clear through his work that Jupena understands and appreciates the nuance of each room. With some of his earlier works, Jupena created his weaving to reflect the shape of the room, evident in his Cave Rug and the Smithsonian Rug. 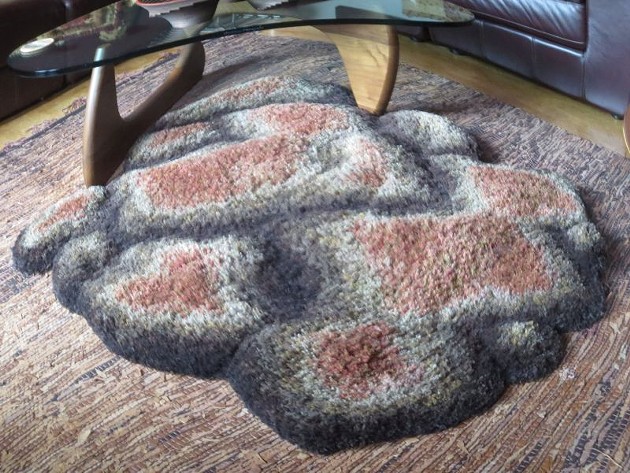 As the name implies, the Cave Rug takes on a form that resembles a cave, working its way from the floor up to the ceiling.

Jupena’s figurative sculptures are unique and incredibly detailed. He starts by cutting forms into a thick woven pile and cuts down, creating a three-dimensional fiber sculpture that is housed in Plexiglas to