ELAINA VALORE is easy to spot in a crowd. Front row, dancing with an inflatable cactus in hand, wearing a Girl Scout vest covered in patches and badges, you’ll find her singing along and moving with the music. At house shows, in venues, in her day-to-day, she is rarely, if ever, still.

With a musical journey propelled forward by constant motion and a new album, the hustling spoken word/hip-hop artist took a big leap this week: quitting her day job to pursue music full-time.

Valore’s taken her one-woman show on the road previously, but she’ll kick off her fresh musical start with a benchmark accomplishment: a European tour.

As a committed DIY musician, Valore’s orchestrated her tour without the aid of booking agents or management, preferring a casual, take-it-as-it-comes approach to her itinerary.

“I just want to find a bunch of weirdos to jam with and find some new sounds,” she says. “That’s my whole goal: find weird DJs and dance in dirty bars.”

She’s got a few gigs set up in venues dripping in bohemian, ex-pat romance, including abandoned Belgian churches, German anarcho-punk squats, and a house show in the Parisian suburbs. The editors of French music blog Madame Rap, who discovered Valore’s work online, have set up a special showcase for her in Paris.

“They’ve created this whole event for me,” Valore marvels. “When I come out there—they don’t even know me!—but they’re going to be spotlighting a bunch of female MCs from around the world.”

Her very mobile setup—a phone, loaded with beats, and a portable speaker—will make it easy for Valore to busk and spit on the street. Due to come back in October, she plans on hitting Spain, Italy, Greece, and more on her trip. Valore admits that the loose schedule is a little scary, but, in her signature manner, radiates a relaxed confidence, knowing everything will work itself out.

“I could sit here and book a whole tour at random bars,” she says. “But at the end of the day, is that the scene I want? I want to find the scene when I get there. I’m very underground. I like performing in people’s houses, on rooftops, in weird places. I don’t even doubt that I’m going to find the music. Once I meet the right people, I can start making things happen on the road. That’s my plan: find the weirdos, find the underground scene.”

Valore is recording as many tracks as possible for her latest release, Gritty Marsha Brady, which she’ll release at her tour sendoff show (in just two days, she tracked eight songs). Following 2015’s Year of the Cactus and February’s Lizard Girl, Gritty Marsha Brady continues a tradition of riffing on hyperbolic versions of the multifaceted Valore. Lyrically, she’s challenging what audiences want and are comfortable with hearing, taking on “weird subjects” and speaking up about her own experiences with sexual assault. From the aggression of “Twisted America,” written right before attending a local Anarchists United meeting, to the sultry “Colorful Cassettes,” to the piano strains and relatable frustration of “Kill Your Phone,” Gritty Marsha Brady shows all her stylistic influences and experiences spilling out on a bright, new canvas.

The “Gritty Marsha Brady” moniker came from an audience member, who, after seeing Valore spit bars in a vintage ‘70s dress, was floored by her delivery and command of the stage.

“That’s my favorite thing,” she grins. “When people think I’m going to go up there, bring out a guitar, ‘La, la, la!’...and then they’re like, ‘What? Who is this chick?’ My favorite compliment is ‘I wasn’t expecting that.’”

With a style that merges hip-hop, R&B, soul, spoken word, and punk, Valore is the unexpected; even if you’re familiar with her work, she likes to keep you guessing, pushing her boundaries, collaborating with different producers, and even taking up the saxophone to add a little jazz groove to her latest release. Sometimes, her particular concoction challenges standard definitions of hip-hop—that’s how Valore likes it. She’s not meant to fit in a box.

“People can see me as Marsha Brady on the outside, but I’m so much more than that,” she says. “I mean, I feel like Marsha was probably frustrated! You always see the pretty girl, but the pretty girl still hurts.”

Valore’s style has grown and shifted since she arrived in The Hostess City, but it all goes back to spoken word.

“When I moved to Savannah, poetry saved my life,” she shares. “The first week I came here and started going to Armstrong, I looked up open mics and went to The Bean.”

Performances at Tongue: Open Mouth and Music Show led her to Spitfire’s open mic poetry nights at Muse Arts Warehouse. One day, a fellow poet encouraged her to try rapping. That led to rap battles at The Jinx’s Hip-Hop Night and impromptu performances at punk and rock shows.

Detractors would say she was “forcing her way onstage,” but Valore brushes it off.

“Some people would give me flak, but there wasn’t any spoken word presence on the scene,” she points out.

Courtney Coprich
Georgia native Yani Mo is blowing up in Atlanta and beyond.

A community-driven, passionate supporter of the local scene, Valore has curated a diverse bill for her Jinx send-off party.

Atlanta-based artist Yani Mo has been making waves in national media for her soul and jazz-infused take on hip-hop. Mo comes from a spoken word and hip-hop background; rapping as a kid evolved into an obsession with spoken word in middle school.

“I started this poetry collective in my sophomore year of college,” Mo recalls. “Me and three other friends weren’t into clubbing and partying; we wanted to sit around with like-minded people and do creative writing. Word got out, and more people started coming to my apartment. It was like this underground club. Before I knew it, we had poets, storytellers, lyricists, a big influx of rappers. The more rappers we had, the more I wanted to get back into it.”

With a friend’s invitation to record and a microphone gifted by her brother, Mo organically created a style that took her back to her hip-hop roots.

Mo and Valore first performed together at Valore’s Lizard Girl release party and went on tour together. In March, Mo released her latest EP, “Space & Simplicity, Pt. 1,” produced by Prorow, to critical acclaim. With crisp, poetic flow, velvety-jazz samples, and classic boom-bap beats, Mo honors the past while remaining on the cutting edge of Southeast hip-hop. 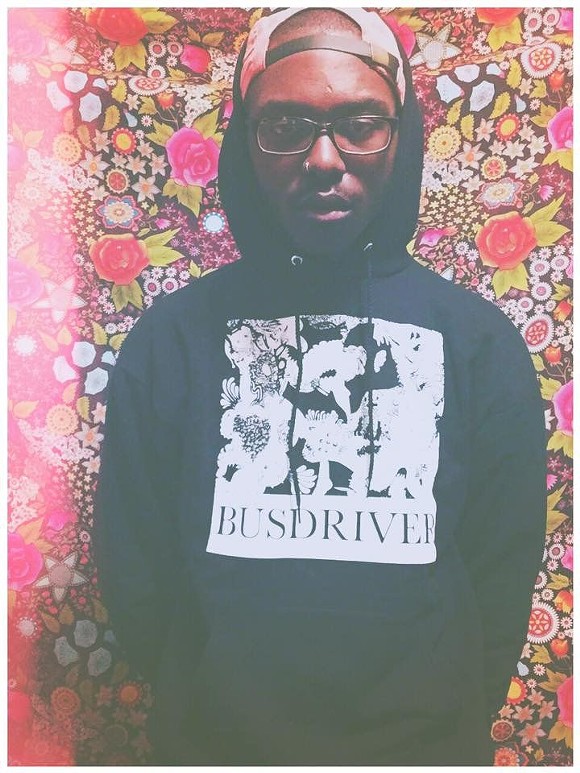 Fellow Atlantan Allen Thomas joins the bill with a sharp ability to blend the smooth and raw.

Rounding out the bill is Tokalos, a local swamp-garage rock outfit with soulful harmonies and plenty of grit.

“My sendoff is pretty much bringing my favorite bands together so I can see them before I go,” Valore laughs. “That’s really my intention, to see all my homies before I leave.”

She looks forward to performing in Savannah before taking off to Europe, and plans on giving out a free copy of Gritty Marsha Brady to the first 10 people who arrive at the Jinx show.

When Valore boards her plane, it’ll be awhile until she sees her swampy home turf, but she knows that home is truly onstage.

“Sometimes it feels like I’m alone, but I’m not,” she says. “A lot of the time when I’m spitting my poetry, I’m reminding myself how beautiful life is. I’ll be listening to my own words, wondering, ‘Why was I depressed earlier?’ I don’t even care who’s watching.”