The regular run of this performance by Savannah Repertory Theatre is upstairs at Club One's Lady Chablis Theatre, April 5-9 and April 12-15. All shows 8 p.m. except for Sunday matinees at 3 p.m. Tix $25 at www.savannahrep.org

SAVANNAH gets a rare opportunity this weekend to see one of the great counterculture works in Off Broadway history.

Vampire Lesbians of Sodom, written by Charles Busch and performed here by Savannah Repertory Theatre, has a lot in common with the musical The Rocky Horror Show: The camp, the irreverence, the gender-bending characters, the schlocky horror film aesthetic.

But Vampire Lesbians, written by Busch about ten years after Rocky Horror, puts it all on steroids. The show — technically a double bill of two related vignettes, “Vampire Lesbians of Sodom” and “Sleeping Beauty or Coma” — became one of the longest-running in Off Broadway history.

“This almost an opera about old movies. There are so many film references!” says director Ken Neil Hailey.

“There are a lot of ‘80s references because of when it was written. The last scene we play as a purely ‘80s piece, revolving around that old ‘80s movie Buckaroo Banzai.”

It’s got similarities to Rocky Horror, he says, “but this is essentially a different animal. Rocky Horror picked a few references based on old horror movies and sci-fi movies, but basically took one genre. Our show goes all over the place.”

The eponymous Vampire Lesbians are two immortal bloodsucking seductresses whose rivalry plays out over 2000 years. They seem to spend an inordinate amount of that time satirizing American pop culture tropes.

The catch is, they’re usually played by men.

“Charles says in the notes that the lead female can be played by a man or a woman, but it’s nowhere near as funny as when played by a woman,” laughs Hailey.

“The real humor comes from a dude playing it. It’s just not quite as funny if you don’t have a 30-year-old man being the Virgin Sacrifice, for example.”

Busch originally opened the show in 1983 at the Limbo Lounge,“which was, let’s just say an ‘eclectic’ bar in what was then a very rough and tumble section of Manhattan,” Hailey says.

“People started noticing. All of a sudden you’d have limos pulling into the East Village. Ladies in mink coats were stepping over passed out drunk people to go see this show. Eventually somebody got the idea to put the two parts together and make a full program out of it,” he says.

“Vampire Lesbians was the last ‘real’ show in the Provincetown Playhouse, which is now taken over by NYU. It played there for nearly six years,” says Hailey.

Around the same time, other Busch-written and produced shows were staged in the area. At one point he had three shows running Off Broadway simultaneously.

“He kept quite a few people employed, including me! I actually managed to get rights to it to try our hand and produce it in Massachusetts.”

Playwright Busch adopted a drag persona largely out of the role he played in his own show.

“He wasn’t a drag queen per se. He did that purely for the play, and then it took off when the play opened in the East Village,” Hailey says.

“Sleeping Beauty or Coma,” the first piece, “is mostly based on the 1960s Robert Stigwood Beatles movies,” Hailey says. Another segment uses a healthy dose of the Antonioni movie Blow Up.

“There’s a scene riffing on the Cecil B. DeMille biblical epics from the ‘50s. There’s a riff on Sunset Boulevard and the old Gloria Swanson movies,” Hailey recounts.

“There’s an act where the two rival vampires riff on when actresses go and do about five too many shows in Las Vegas and they get a bit too long in the tooth — pardon the pun!”

Savannah Repertory Theatre is a bit different from the usual community theatre company here. They are an Actor’s Equity Association “Small Professional Theatre” company – i.e., some of their actors are paid union members, and there is an opportunity for non-members to gain entry into the Equity stage actors’ union.

“We’ve been beating the bushes and found a wonderful Equity actress here, Meg Kelly Schroeder, to play one of the vampires. She’s having a ball with it,” says Hailey.

Savannah Rep’s current Equity designation allows for up to three professional players to be in the cast. But Hailey says the plan is to keep building on that and eventually reach a level where half the cast will be compensated Equity union actors.

“We came here for the first time about 15 years ago and Savannah bowled us over,” Hailey says of himself and cofounders Nick Corley and Erik Bishop. 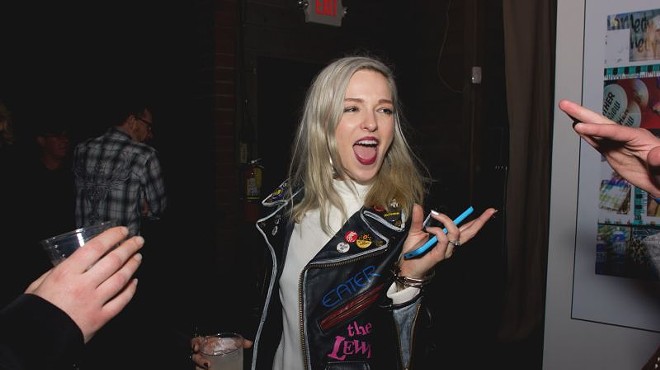 “When we were looking for a place to open, we said, ‘Let’s look at Savannah, there’s bound to be a pro company there already, but we’ll see if the market’s oversaturated.’ Only to find out there wasn’t one,” he recalls.

“Seems like the next thing we knew we already had a place to do the show. The outpouring of support has just been amazing. In fact, I’d say the most difficult thing we’ve faced is trying to keep up with all the level of support everyone has shown us.” 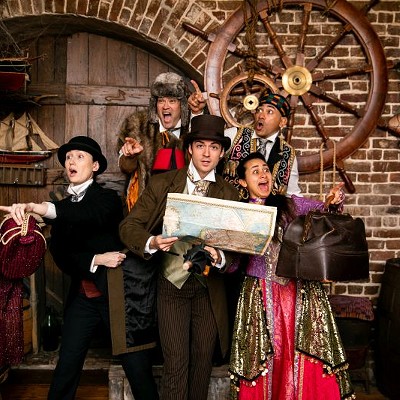