An Evening with Velvet Caravan and Annie Sellick

On Friday, September 14, Savannah Stopover brings Velvet Caravan to the Lucas Theatre for an evening spinning with Eastern European melodies, Latin rhythms, a touch of western swing and other surprise twists on familiar tunes. 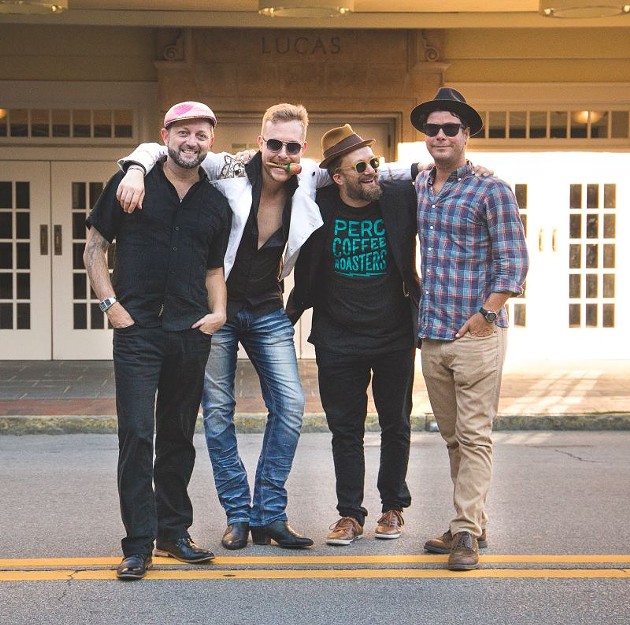 Velvet Caravan has seen a few line-up changes since its founding in 2011. Through it all and central to the group’s sound are classically trained violinist, Ricardo Ochoa, and Hammond artist and keyboardist Jared Hall. Upright bassist, Eric Dunn, has also been a consistent player since the band’s early days.

Ochoa recalls the group’s beginnings at B. Matthews when different players would sit in and improvise, working out songs together.

“Sometimes the restaurant would get so packed, I would get up on a table and play, though maybe the mimosas had more to do with that,” gleams Ochoa.

These charismatic bursts became hallmarks of a Velvet Caravan experience. Savannah listened, loved it, laughed it up and wanted more.

In 2014, the band released their first album “Acoustic in Nature” recorded at the Lucas Theater in three evenings with audio engineer Kevin Rose.

“The Lucas is a fine place for acoustic instruments,” says Ochoa, “We did all the songs live on stage and because that theater just sounds good, I think it captured the intensity of what we do live.”

From the Savannah Jazz Festival to Revival Fest, Stopover, and the Savannah Music Festival, Velvet Caravan played them all. In recent years the band has pushed beyond the downhome borders of Savannah and into venues like Eddie’s Attic in Atlanta and the Iridium in New York City. 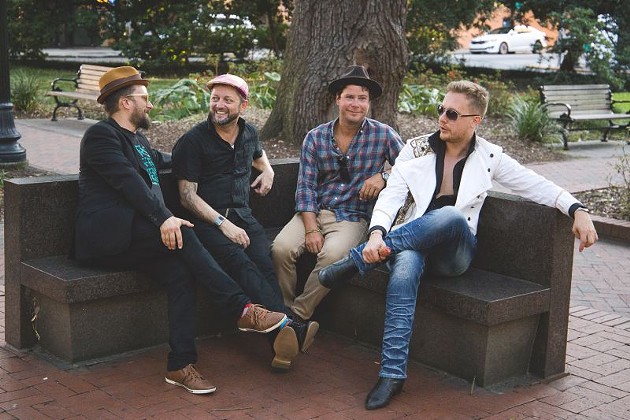 Velvet Caravan has also been to indie music career launch pad South By Southwest two years in a row. It was their second year there when they got a couple of sweet breaks.

“In 2016, we had a great showcase at the Driscoll Hotel on 6th Street in Austin,” recalls Jared Hall, “right in the heart of it. We took our album with us that we did with Kevin, and that experience at South By Southwest opened new doors for the group.”

For Hall, those South By Southwest performances netted an endorsement from Hammond, and for Velvet Caravan, new booking and management opportunities.

Since those 2016 South By Southwest showcases, Velvet Caravan has played all along the East Coast as well as venues in Southern California.

Velvet Caravan’s latest recording, “A Stroke of Good Fortune,” comes out the night of the Lucas Theater performance.

“We worked with Kevin Rose again at Elevated Basement Studio,” says Hall, “I mean, Kevin’s been the main recording engineer at the Savannah Music Festival for years. He’s got great ears, expert in what he does and is a hell of a great guy to work with. Kevin’s hard work made it so we got everything finished up and the album ready in time for the show.”

And new to this recording is San Francisco-based guitarist Jimmy Grant, who adds his own Eastern European zeal to Velvet Caravan’s sound.

“Jimmy is more gypsy than jazz,” emphasizes Ochoa, “and that’s the direction we’re wanting to move, more gypsy and less jazz. We want to blend gypsy sounds and melodies with other kinds of music. We’re evolving, constantly evolving.”

Opening up the night at the Lucas is Mercury Orkestar, an Atlanta-based Balkan brass band that weaves Balkan melodies together with jazz, swing and elements of pop.

“I want the night to tell a story,” says Ochoa, “I host a radio show on WRUU, and I envision the evening similar to my show, like a progression of gypsy stories and music from one place to the next.”

The end of the performance culminates with a stage full of musicians.

“The finale will have Velvet Caravan and everyone together doing a song,” explains Ochoa, “and by this point, we’ll have played music from all over the world and different regions, but at the end we’re bringing it back to the real gypsy music, so fast and so much music. The Lucas may never be the same.”