Venues weigh in on getting back to live music

Restrictions put in place to stop the spread of COVID-19 meant that music venues had to cancel or postpone every single performance planned from March onward.

And while some are still not able to get shows going again, others have started doing open air performances to test the waters and see where things go. 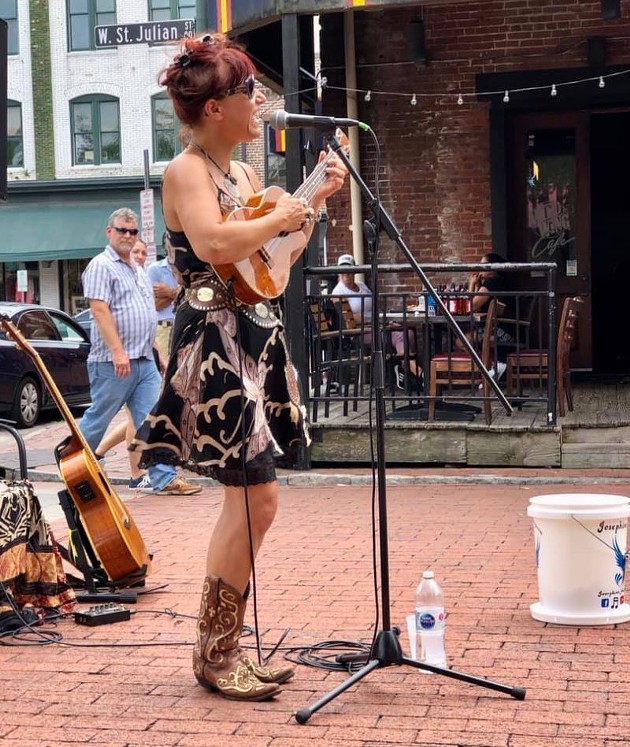 Coach’s Corner is one of those venues. Owner John Henderson was eager to figure out how to continue shows in a safe and responsible ways, and so far it’s been working. It wasn’t without some brainstorming and planning, though.

“When we started back with live entertainment, we came up with this plan of how to manage our attendees,” Henderson tells Connect.

“I discussed with all bands and band members to help with the implication of enforcing social distancing and preventing any issues with our patrons.”

Jennifer Siebenaler, who oversees the booking at nearly every Wild Wing Cafe in the region—though Savannah is not a city that she herself books directly—says that things came to a complete halt in mid-March.

“When everything shut down, St. Patrick’s weekend happened in Savannah. But they said we could still have music in City Market. We put live music out there, and we had to get a stage the next day because there were too many people. But a couple of days later, the bottom dropped out,” she says.

“All of these musicians, this is what they do for a living. And with everything shut down, they’ve had to be creative.”

Getting music back at the restaurants was a challenge for Siebenaler, who said their initial live stream series was met with slight confusion from customers.

“We started a series called Friday Night Live, and we streamed live from one of our Charlotte locations for the first couple of weeks. It was great, but then we also had a lot of confusion from customers coming for pickup about why there was a band playing and whether we were open,” she explains.

Wild Wing ultimately decided to discontinue the in-store performances, but encouraged their regular roster of performers to play from their homes and stream it from the Wild Wing socials. The restaurant’s reach amplified the at-home performances.

Following the streaming series, when orders were lifted in Georgia and South Carolina, the restaurant began to book bands again.

“It’s hard to keep that social distancing when you have a full band,” she says, adding that they’ve been focusing on a maximum of three people playing in the restaurants. The biggest struggle, she says, has been having to ask artists to play for tips and a bar tab rather than the fee that they’d normally be paid for a Wild Wing gig.

“As a musician, asking a fellow musician to play for tips and a tab has been one of the hardest conversations I’ve ever had to have,” Siebenaler says. The response from bands has been great, though, and artists are booked with the understanding that they’ll be given priority when the venue can pay them their full fee once more.

For Coach’s Corner, live shows have been well attended so far and they’ve been able to keep things organized in terms of ticket sales and ensuring that the venue doesn’t get crowded.

“It has been good and well attended. Due to the space in our venue we were able to seat everyone at a table, spaced apart, and we limited the capacity by half—150 people. We asked that everyone go to eventbrite for tickets to manage our crowds,” Henderson says.

As for the future, both Henderson and Siebenaler say that they’re hopeful things will improve throughout the country so that people can get back to enjoying live music—and so that other venues who don’t aren’t yet able to host shows will begin to thrive once again.

“I hope that in the near future, we’ll have guidelines eased so that patrons can dance and enjoy shows like they used to,” Henderson says.

Both venue leaders offered simple yet important advice to others who may not know just yet how to navigate this new normal in terms of putting on concerts.

“Reach out and try to find entertainment,” Siebenaler says. “I’ve had people come out of the woodwork and share my [open call] with friends. I had musicians who I would have never looked at before. College kids who weren’t regular performers. So I considered it an opportunity for up and coming artists to get exposure.”

In terms of precautions, Henderson says it’s a tricky question because every venue is different.

“I would only recommend that the highest precautions be taken to ensure your guests and staff remain as safe as possible,” he says. “Also, study up on all the restrictions and understand what is expected of you as the business owner or operator.”