From the other end of the line, Keith Miller's voice rumbles like a thunderstorm rolling in from the horizon.

The 37 year-old baritone has called from New York to talk about "A Night in Italy," the upcoming concert benefit that he's organized for the Savannah Children's Choir, and every sentence sounds like a dispatch from the heavens.

"This is going to be a wonderful, wonderful experience," intones the former pro football fullback who joined the Metropolitan opera in 2006. "We've got such a tremendous program for the evening, and I think it's going to blow everyone's minds."

Miller spent time with the SCC as artist-in-residence in 2009, and when he heard that the choir needed support for its upcoming trip to Italy, he saw an opportunity to aid the organization that launched his first-ever solo recital.

"I offered to call some of my friends in the opera world to see if they'd be interested in coming to Savannah to help raise funds," he said during the phone interview. "The people who responded are not only amazing voices, but good people who are going to love Savannah and this choir."

The collected ensemble harkens from New York, Philadelphia and Utah, and Miller said that getting them all in one place at one time is a feat in itself. "It's kind of like a ‘Wonder Powers Unite' circumstance since everyone's so busy."
Speaking of busy, Miller regrets not being able to perform himself after planning the program and serving as artistic director.

"Unfortunately, there was a mix-up with my agency so I'll be in New York that day," he said. "But since my wife is expecting our first child any minute, it's probably for the best."

Among the opera stars on Monday evening's bill are soprano Sara Stewart and mezzo-soprano Sandra Piques- Eddy, both of whom have shared the stage with Miller at the Met.

Roger Moss, SCC's artistic director, is particularly excited to hear Eddy sing in person after seeing her performance in Carmen on YouTube.

"I'm falling all over myself for her," enthused Moss. "She can go from a barrel-y growl to the most glorious soprano on earth. She is smoldering."

For opera novices or those reluctant to sit through an entire production, the event can be framed as the perfect introduction to the art. The program is a veritable opera's greatest hits, with arias from La Boheme, The Barber of Seville and other well-loved selections.

"This is an evening of wonderful highlights," said Moss. "You're getting the best parts of 10 operas!"
Rounding out the evening of solos, duets and group performances are Jason Baldwin, a tenor with the Utah Opera Company, and renowned pianist/vocal coach Laurent Philippe from Philadelphia's Academy of Vocal Arts.

Opera fans will have the opportunity to ask questions of the velvet-voiced performers at the artists' talk preceding the concert, which will feature a finale ensemble with the children's choir. Following the music will be an open bar reception catered by John Nichols, with cannelloni made by the cheesecake experts at FORM.

Presented by the Bailee Tenebaum Kronowitz Cultural Arts Fund and local philanthropists Mary and Howard Morrison, "A Night in Italy" will help ensure that all 29 members of SCC's senior choir are able to compete at the 2012 Days of Verona choral competition in Verona, Italy this April. The group will be one of three American choirs at the competition and the only U.S. children's choir.

"Travel is one of the four points of our mission of uniting children with the power of song," explained Cuffy Sullivan, SCC's executive director. "These kids are getting a passport and flying overseas-you can't begin to express the change that brings to a child's life."

The Italy trip costs $2550 per child, and the majority of the senior choir needs financial assistance. The Nov. 14 event is only one of many SCC fundraisers throughout the year, and choirmembers have been actively involved in selling program ads and serenading folks at spaghetti suppers.

"Each child is expected to help raise the money for this trip," adds Sullivan. "Nobody gets a free ride."
It's this expectation of dedication that impressed Miller and inspired him to put together what promises to be an elegant event.

"I can't imagine any effort more worthy than helping children learn to treasure music and the arts," said Miller in his famous low growl. "It's something that fulfills us all in the end." CS 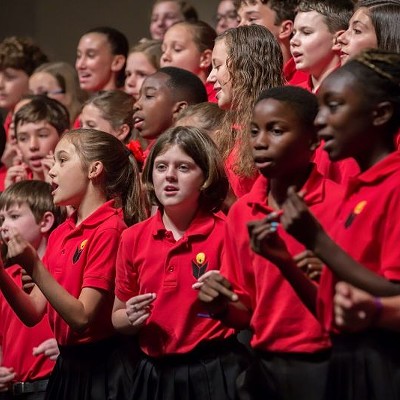 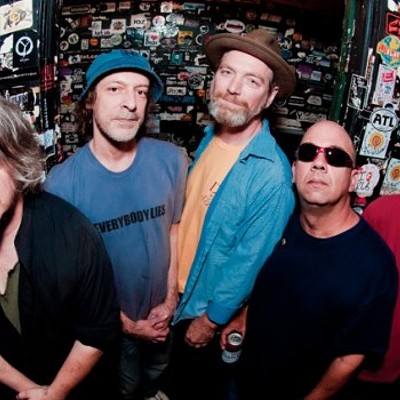 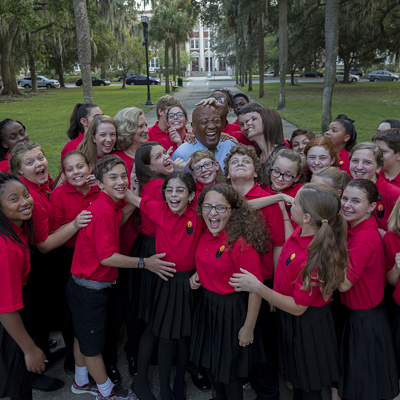 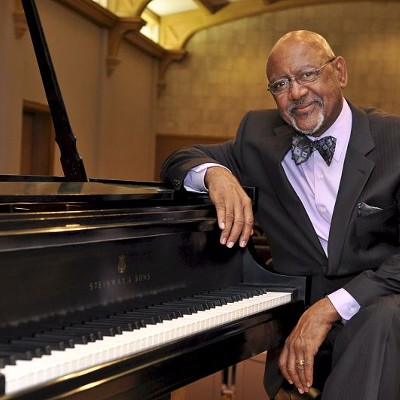