Anna Hunter, The Spirit of Savannah 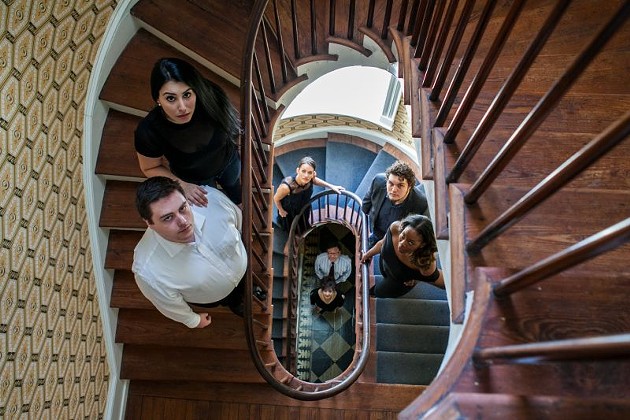 THIS WEEKEND, history comes to life through song at The Davenport House.

Savannah VOICE Festival Composer-in-Residence Michael Ching hooked audiences with 2015’s Alice Ryley, a production based on one of Savannah’s most famous—and somber—ghost stories. This year, he continues to share the stories of influential Savannah women with Anna Hunter, The Spirit of Savannah.

It’s largely in thanks to Hunter that Savannah’s historic architecture is so well-preserved. As a journalist and socialite concerned that beautiful buildings were rotting away in the 1950s, Hunter took matters into her own hands. She assembled a team of women called “The Seven Ladies,” and the group persuaded bankers and businessmen to save Savannah’s historic homes and buildings for the town’s financial benefit. They formed the Historic Savannah Foundation, bought The Davenport House, transformed it into the museum we know it as today, spearheading the preservation movement.

Ching knew from the beginning that Hunter’s story was suited for song.

While looking for a subject, he discovered Hunter and felt that more Savannahians needed to know about her important work.

“She was such an extraordinary leader,” he admires. “In our day, she could have run for office. She was a newspaper reporter, did volunteer work overseas in World War II, she was a painter, a singer, a community leader, a really strong character, and a single mother. She was a powerful lady!”

“It’s a big change of hats to go from producing, co-creating, directing, and all the things I do that are not about my singing and not worrying about my voice to now being an artist,” she says.

“It’s a big shift. It takes me back to my old days when I was a working singer and had to really care about the instrument and its shape. You can’t run around Savannah and socialize and have a good time and turn around and sing the whole role!”

Zouves enjoyed learning more about her character and the remarkable influence she had on Savannah.

“I knew the Historic Foundation was a very strong infrastructure in Savannah and I knew it was one of the reasons why Savannah has retained its historic character,” she says. “But I didn’t realize it was all spearheaded by this woman. A lot of people brought this information to the floor, and the women who were involved with her were very strong characters, but it was guided by her energy and passion for the city. It’s exciting to get to know more about her.” 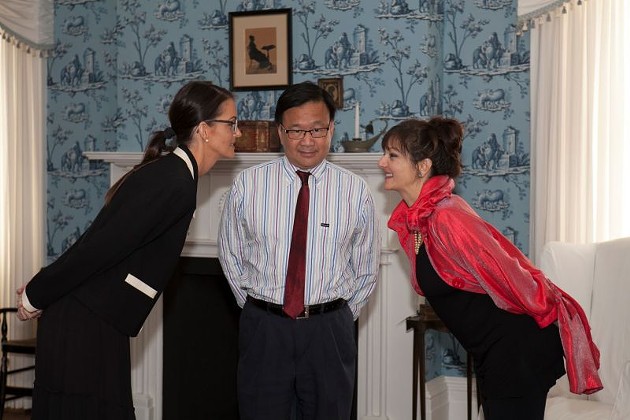 “I’ve spoken to people who say Savannah was very beautiful, but it was falling apart,” Zouves says. “The idea that these buildings needed to be preserved, she really took it on and made Savannah what we know of it today. That blows my mind—one person said, ‘Enough’s enough.’”

“If Anna hadn’t been around, someone would have taken over, but she was the right person to get this over with and save The Davenport House,” says Ching.

That the performances will occur in The Davenport House itself makes Hunter’s legacy and story all the more moving.

“It’s so powerful because we’re in the space, singing the piece as I’m singing about it,” says Zouves glowingly. “We’re taking our characters back in time to experience it, and I’m feeling it, too. It’s such a powerful thing to be in this piece and be her. I look at the Davenport House and I can’t imagine if it wasn’t there.”