Waiting Up: Bane's Aaron Bedard counts down to final show ever 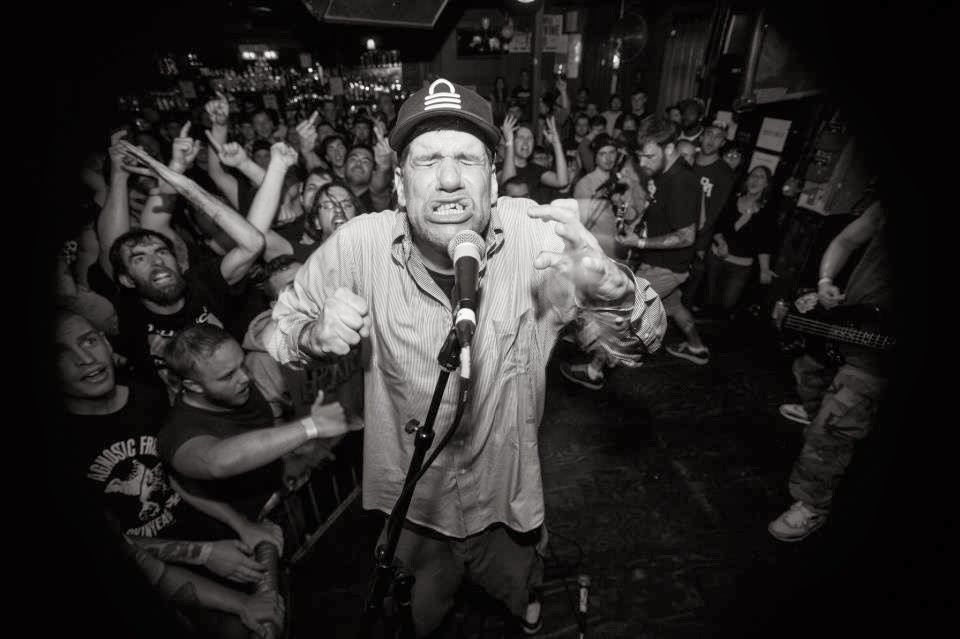 Bane (Final Tour), Down to Nothing, Expire, Vatican, Rhythm of Fear

It’s time to say goodbye all over again.

In 2014, Worchester, Massachusetts hardcore band Bane released their first album in nine years, Don’t Wait Up. After 21 years of garnering one of the most ferociously loyal fan bases in rock, they announced that the LP would be their last.

Despite marking the record their last, the five-piece still had plans to tour, at least for a little while; word rippled through the scene that their 2014 tour would be the last, but the band never made any official statement as such. 2015 came, and with it, another tour—word spread again. By this point, the mythical “Bane Farewell Tour” has become a bit of a punchline in punk (see satire site The Hard Times’ headline: “Bane Embarks on Final Tour Until the Next One”).

Now, two years after the release of Don’t Wait Up, the end is officially here. Bane will play their last show on June 18 at Worchester Palladium in their hometown. For over two decades, the band has held a legion of devoted, often young, often straightedge fans, and has inspired many to start bands of their own.

Aaron Bedard, who’s spent the last 20 years of his life fronting Bane, speaks quickly with the enthusiasm of someone who’s fresh on the scene and the cautionary anticipation of knowing something precious is about to end forever. His voice wavers and breaks as he speaks about getting a “normal” job and the prospects of a life without music. Through his thick Massachusetts accent, Bedard talks with sincerity and a deep, true love for the “kids” who fling themselves offstage at Bane shows and scream every word to every song. Though their 2015 Savannah stop was their first, they insisted on returning for the final round.

Bane came through Savannah last year—was that your first time here ever as a band?

First and only time. I really wanted to get back—it was so good last time.

Knowing this is final tour, what's it feel like playing these shows?

There's a lot of emotions surrounding that, for sure, real personally and overall. In the van, there's a pretty serious instinct—this is real, it is, and we've been slowly and steadily moving toward this for a few years. It’s always been the plan, but it came through much too and fast happened so quickly, all of a sudden, we’re in the van driving out of Massachusetts for the last time. It’s a very long tour—seven weeks. I’m trying to stay in the moment.

It must be strange, knowing that there’s an expiration date.

I think we all were going through a mourning process, all dealing with that in a way. I definitely have some real deep-seeded issues with abandonment and change and holding onto things I love. There are rough moments, but overall the shows have been incredible. The kids have been so great. It's what we sort of were hoping for when we planned to do this farewell tour: we asked for a little bit of fanfare, and we got what we asked for.

I'm sure it's been emotional for fans at the shows, as well.

For sure. I've been trying to, after every set, to make my way back up to stage, sit onstage and talk to kids, shake their hands, thank them for coming. There's been a real overwhelming sentiment coming from kids explaining what the band meant to them and seeing them for the last time they're coming to see us. We go through it together, and some are more exhausting than others.

San Antonio last night was packed. Some kids had tears in their eyes and had really sweet things to say when it was all done. For a while it was, ‘How am I going to be at the last show ever? Am I really going to have to drag myself to it get on that stage and really say goodbye? Will I be allowed to skip that?’

I’m glad we’re doing it this way, having these nice moments with kids who have cared. That’s important to me, but it feels overwhelming.

When did you start planning the breakup?

I go back to a moment maybe six months before we decided to make the last record. There had been a conversation about last record. Early 2014. Maybe more like 2013. It had been eight years since we put out a record. We were clearly losing steam everywhere. Our hometown venue was still open, doing very well, and even that was pretty lackluster in response. [We wondered] ‘Is it over? Is the end here?’

Then we played a very old song, and I screwed up. I said, ‘This might be last time you ever hear this song.’ I dunno where that came from, but the room came alive. In my head I’m going, ‘Oh shit, maybe that's what we're going to need to do here.’

People [in the band] are having kids, buying houses. This is not a thing that’ll be going for ten more years. Suddenly we thought, ‘Let’s make one last record, announce that this is it, and do what we've done: map out these farewell tours and try to go everywhere at least one more time and really tour heavily on new record.’

That moment became an idea and few months later, it was time to figure out what we wanted to do next to continue as a band. We were ready to call quits much sooner than we had thought. We released Don't Wait Up and sort of waved, ‘Now's the time, we’re coming through one more time.’ All the tours have been record turnouts.

On the flip side, it’s been a little agonizing, like going through a very slow death. It’s crazy to do it this way, and see, maybe that's why most bands just fucking break up and walk away. And a lot of kids are very emotionally attached to this—kids do care very much about Bane. And it’s the last time.

As you were making Don’t Wait Up, knowing it would be the last thing you created as Bane, what did you want to say? How did you approach it?

I didn't go into it with an agenda except for knowing this is it and I don't want to hold back or half-ass it. I didn’t want to go back and see it’s something we coasted through. From the first rehearsals, we were all well-aware we had decided to raise the stakes a bit with this being it. I had a sense of, this’ll be the last lyric I ever wrote. I’m not able to ever come up with an overarching theme for a record—I can only write what's in my head that week and put the scenes of loss and abandonment and changes, because that's what was happening.

And the band was together more than normal, because we're not really a band who practices very regularly. The only time we get together away from tour is to write songs.

There's a real pain in being in a band and saying goodbye. When it was two and a half years away, it felt abstract and [like it was] something that wouldn't actually come. It was so far away and came so quickly.

When I was writing the lyrics, I felt pressure was high. I may never have a chance to say things to such a wide audience again—this may be last time people pay attention to what I have to say. I wanted to go hard, and wrote the most personal song I’ve ever written before, ‘Wrong Planet,’ and talked really openly about how much I love the band. 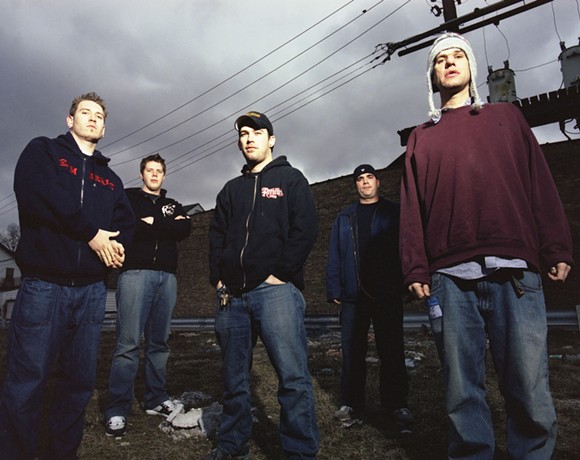 As Bane leaves the scene after being so influential, what are your thoughts on the current state of hardcore? What kind of legacy do you think Bane will have?

I think it's real strong right now. There are great young bands all over the place. Bands are making demos again, and there’s a real feel of youthful energy in the air these days that becomes very infectious. When other young kids see their peers doing it, it inspires them to do that. There’s an electricity that’s super-exciting. I feel like things are going to be fine. There are so many great young bands from Boston and Florida, so many great bands.

As for the legacy of Bane, I’ve never been very good at assessing that. I hope that will be there when it's done. Even though we're close to the end, I do. Day to day, I'm in a band, and that's what's important to me. I hope kids will respect the fact that we tried to stay true to our mission statement and didn't get too ahead of ourselves. I hope that's what's remembered about Bane.

What are your plans now?

I don't know what I’m going to do. I have been a very under-prepared person as to what happens next. I don't have a family, wife, career I’m looking to segue way into. I gave everything I have to this. I allowed myself to hide inside this band so as to not answer those bigger real life questions.

I'm sort of moving forward with the assumption that I’m going to do my best work when I really have to figure it out. I feel a little panicked, a little nervous, about how unprepared I am, when I wake up the morning after the last show with no band and no tour on the horizon.

I don't feel like finding a job...I'm not really qualified for anything. But I’m a resilient kid. I’ll be fine.

I think that has been officially thrown on table in the last months. If you asked few years ago, my knee-jerk reaction would be, ‘This is my band. I love this band.’

As two years has progressed closer to the end, I’ve started to really realize how much I love being in a band. Bane doesn't have to be the death of that love. I see these young kids in opening bands loading in, a kid carrying guitar, and I feel so envious of them that they get to be in a band.

Sitting in a movie theater, it hit me like some fucking crazy thought: Why don't you do another band, find more people, and start over? It might not be same as Bane, but being in a band is a really cool and fun thing to do. I have been thinking of that, seeing if some of the dudes who are little more able to tour than others want to start a new project. We're all bracing ourselves for next two months, can't have that conversation yet. We need to finish this tour up and get to the goodbye show in June. Once the dust settles and they get to take their girlfriends on vacation, it would be cool if a couple people hung around.

Savannah’s really looking forward to having you back in town.

We're psyched. Honest to God, we fought for it to be on the routing. Our booking agent originally thought that just Atlanta would be fine; we said, ‘Last time, Savannah was so good, we have to go back there.’

I don't know the people that made the show possible, but thank you to them. We’re fucking stoked come.

Every Time I Die, Vatican, Sins of Godless Men @The Jinx

AURA Fest keeps it heavy in the Hostess City