JACKSONVILLE NATIVE Walter Parks hasn't lived in Savannah for a while, but he'll always be tied to the city. The prolific singer and songwriter, who plays El-Rocko Lounge on Thurs., Feb. 13 alongside his band Swamp Cabbage, calls New Jersey home after several years in New York. He's played with the likes of the legendary Richie Havens, as well as on his own in several projects over the years.

What Parks does can be best described as blues-oriented rock and roll, but it's much more all-encompassing—blending jazz, folk, and roots elements to create something that quite simply sounds like Walter Parks.

"I'm exploring swamp jazz music, so I'm mixing that with the normal rock and blues that we're doing," he tells Connect. "It's a challenging adventure because whereas jazz and blues are cousins, so to speak, harmonically they're very different. Jazz is much more complex. What I try to do, though, is to take a banjo fingerpicking style and blend it with a blues feel. It's great fun, really.

The current tour, Parks says, finds him and his band pushing their musical boundaries—performing standards into the three-piece capacity and flipping them on their heads. Swamp Cabbage has also been featuring an accordion player at times, though the Savannah gig won't include that instrument.

For Parks, this version of Swamp Cabbage comes after a lengthy stint away as a solo artist, born out of necessity though it became a renewed lens for his music and the band.

"I really, really like playing in a band, but I wasn't connecting [in a band]. So, we're taking a new look at the group. I've learned so much and changed so much about my delivery from solo performances," he says. "I'm not really interested with bombarding people with a wall of sound anymore. I want them to hear the lyrics, and I'm trying to craft the arrangements in a different way." 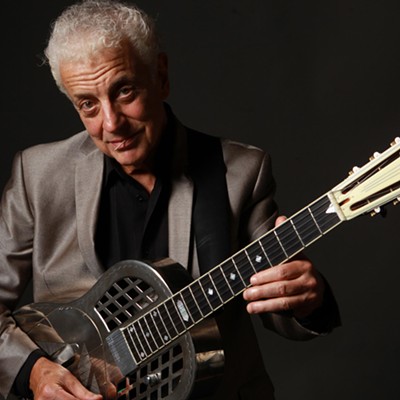