Have you ever wanted to be in a movie and do you love the horror classic “Halloween” movie franchise then here is your chance to get one step closer to making that dream a reality of being a part of the movie.

A series of casting calls for extras have been put out for the movie “Cave Dweller.”

And according to the “Hollywood Reporter” that is the code name for the movie “Halloween Ends” which means Michael Myers is lurking somewhere around Savannah.

Jamie Lee Curtis is back in “Halloween Ends,” which is the final installment in the horror series that debuted in 1978, and this one is the last of 3 movies since it was “rebooted” in 2018. “Halloween Ends” is scheduled to be released in theaters in October 2022.

“We are filming until mid-March for “Cave Dweller” and we are looking for real people to be extras and fill these background roles,” said Bill Marinella.

Pay is $120 for the first 8 hours and $40 dollars for COVID testing at their lab in the Savannah area which is required 48 hours before filming. Even if you miss the in-person casting calls then you can submit online as well.

“Once people apply online and fill out all of their information, they will be in the database for any show that’s within a 90 minutes’ drive radius because that’s a safe travel time. People spend at least an hour in the car to go to work generally,” said Marinella.

Marinella gave a couple of helpful tips for people looking to become an extra. It is important to submit current and accurate information.  Like using a local address in or near Savannah to avoid being not considered for selection.

“Put the Savannah address if you are in the Savannah area. If you are a student or military but stationed in or near Savannah for a few months use the address here to receive casting notices here. We check the availability of who is the closest,” said Marinella.

Other tips he gave were to submit your most current and accurate photos and not photos that are an out dated depiction of you. If you are a family each individual should have separate email addresses and if you are a parent or guardian you should create an email address for your child and monitor it.

If you’re a parent, you also have to get what’s called a Georgia Department of Labor Minor and Entertainment work permit. Also, just because you submit, that does not mean you are automatically going to be in the movie.

“I am a casting director not a casting agent. No such thing as a casting agent exist. Once you are in our database you will start receiving emails for your type to apply and if selected you would have to be available for the covid test and the work date to qualify,” said Marinella.

The upcoming Hulu series “The Girl from Plainville” starring Elle Fanning was filmed in Savannah in 2021. The movie “Alice” starring KeKe Palmer, Johnny Lee and Common was also filmed in Savannah and will be theatrically released on March 22, 2022. There are even more productions to come it 2022.

In January, a crew call went out for an Apple TV limited series titled “Mahunt” and on February 1 Forchetti Casting announced they were looking for extras for the movie “A Homecoming to Remember.”

“We are definitely seeing an increase in productions confirmed for Savannah, as well as calls from producers interested in shooting here.  We expect 2022 to be a very busy year,” said Beth Nelson, Executive Director of the Savannah Regional Film Commission.

If being in front of the camera is not your thing but behind the scenes is, then take advantage of the Production Assistant Bootcamp offered throughout the year by the Savannah Regional Film Commission. It is a 2-day workshop taught by D.G.A assistant director Witt Lacy and is for those who have a strong interest in working in the production side of the film industry.

“We are very happy to have Witt Lacy conduct another PA Training Class.  We have seen success stories from individuals who have taken the class in the past.  Several of them have landed jobs on productions.  We hope to continue offering these trainings quarterly if Witt is available,” said Nelson. 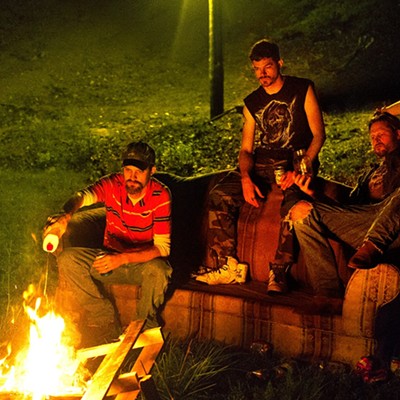