WARREN HAYNES played guitar in The Allman Brothers Band for 25 years and has led Gov’t Mule for two decades.

He’s also played with The Dead, his own The Warren Haynes Band, been a performer in the Jerry Garcia Symphonic Celebration, and most recently made a bluegrass-leaning solo album, “Ashes & Dust,” backed by the group Railroad Earth.

That almost certainly makes him the hardest working guitarist in show business. But it also fulfills him musically.

As soon as he plugs in the guitar and starts to play, each of the groups gets a different Haynes.

“The songs kind of determine the way I’m going to interpret the music and I’m very influenced by the people around me,” he said. “I’m mostly listening to what everyone else is doing and trying to be part of a tapestry, which gets at all the facets of the music.

“For example, in each situation I do, not only do I have a different mindset but different equipment -- different guitars, different amps, different effects I’m using,” Haynes said. “So everything is different.”

Having toured to support “Ashes & Dust” both last fall and earlier this year, Haynes now has Gov’t Mule back on the road.

Today’s Gov’t Mule has evolved significantly from the way the group started. After Haynes and bassist Allen Woody joined a reuniting Allman Brothers Band in 1989, they realized they both shared a fondness for power trios in the tradition of Cream.

Haynes and Woody decided to form Gov’t Mule (with drummer Matt Abts completing the lineup) as a side band that would record and tour between Allman Brothers projects.

With the Allman Brothers not working on new music, Haynes and Woody left the group in 1997 to focus full-time on Gov’t Mule. But their plans ended on a tragic note when Woody passed away in August 2000.

The band’s current tour is ostensibly in support of “Shout!,” Gov’t Mule’s critically acclaimed two-CD release from 2014. The first disc is made up of some of the band’s best Southern jam rock tracks yet. The second is comprised of the same songs featuring a lineup of guest vocalists that includes Elvis Costello, Dr. John, Grace Potter and Steve Winwood.

The two-disc concept didn’t occur until Gov’t Mule was well into making the album. Plans originally called only for Costello, Dr. John and Toots Hibbert of Toots and the Maytals to join the band in the studio.

“We were thinking we’d have those three singers come in and do a cameo appearance on some pieces of the song,” Haynes said. “But it seemed like a waste to have singers of that stature come in and sing a small part. So we decided to have them do their versions of the whole song. Then it turned into finding somebody to do it with every song. As soon as that happened I sat down and made up a list of singers and started making phone calls.

“They were all singers that are friends, people who I’ve worked with and people who I really respect,” he said. “The conversation would start with ‘here’s the idea.’ Then, I know as a singer, I only want to do songs I’m comfortable with. So I’d tell them I’d send them the song and ask if they wanted to it if they felt comfortable with it. It didn’t take long to get the whole record.”

The singers recorded their takes on the songs with Gov’t Mule playing behind them. So did those versions change the way Haynes, who sings the Gov’t Mule versions, looks at the songs?

“It changed the way I look back at the songs for the future,” he said. “I’d already recorded my versions before any of them came in. Hearing what they did influenced the songs, the way we do them live -- in each case.”

Haynes, who’s known as a guitarist, has, over the years, become a very effective singer, delivering gruff, expressive vocals that perfectly fit the Mule’s music.

“I started singing before I started playing guitar, at a very early age, 7 or 8,’ he said. “When I joined The Allman Brothers in 1989, I knew I wasn’t going to be singing much and I was all right with that. I was asked to be in an institution, one of the greatest bands of all time.

“Having said that, my voice I think, has gotten better over the years and it’s the best it’s ever been now,” Haynes said. “It’s like any muscle, the more you use it, the better it gets and the stronger it gets. The best thing for me is to sing as much as possible.”

That do-it-as-much-as-possible approach also applies to guitar, said Haynes, who “Rolling Stone” magazine ranked at No. 23 on its list of the 100 best guitarists of all time.

“You play much better as a guitar player when you’ve been on the road for months and are playing night after night,” he said. “If you take time away, your calluses shrink and you have to build them back up, which is not an easy process.”

The odds are good that a song or two from “Shout!” will be on the Mule’s set list each night. But Haynes said there’s always the chance that none will get included as the band tries to never play the same set twice.

“One of the reasons we do a different set list every night is to try to stay inspired,” he said. “Part of the whole concept of changing the set is to keep that inspiration going by playing songs you haven’t played in awhile. That freshness helps you forget what you may have played before and play a new part.”

Two decades into his run with Gov’t Mule, Haynes said he’d like to see his band last as long as the Allman Brothers, which marked 45 years before calling it a day in October 2014.

“I sure hope so,” he said. “There’s no way of predicting, but I know the 20 years we’ve done have been wonderful. We always enjoy playing together musically and personally. We’re really happy to be going back out and playing. We really are.” 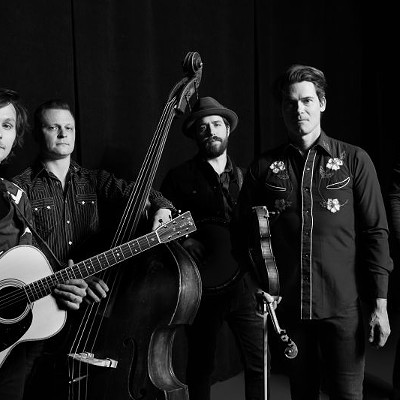