We do our best, everyone wins

IT'S that adventurous time of year once again, when the Connect Savannah staff corrals wild ballots, wrestles algorithm alligators and tackles Sasquatch-sized spreadsheets to tame the magnificent beast you see before you.

The 2017 Best of Savannah issue is a 112-page safari into the city’s most wondrous offerings and marvelous creatures, all decided by you, our intrepid readers. Your votes and your votes only (no Russian hackers here!) determine the sights of this amazing expedition, and we are thrilled to present this year’s winners without needing to call in special counsel.

I’m humbled to be honored as Best Newspaper Columnist for another go-round, and at the risk of tooting my own horn like an overexcited baby elephant in a kiddie pool, it seems like a good time to add that I will be traveling to New Hampshire in a couple of weeks to accept an award at the National Society of Newspaper Columnists’ annual conference, where I hope to dork out with other local writers from around the country over Moleskine preferences and the Oxford comma.

As validating as it is to receive kind superlatives and peer recognition, I will forever question if I’m getting it right. I witness such greatness in this town every single week, and even if I had forty extra hours to cover it all, my favorite thesaurus could never yield enough words to do it justice.

Then there are the virtuous souls who don’t make anybody’s list but do their best nonetheless: the resistors, the teachers, the selfless saints whose heroics we never hear about, the ones just trying to keep their families together and food on the table in the face of travails we’ll never know.

As we celebrate our city’s excellence this week, let us appreciate that most of the time, doing our best doesn’t mean a fancy certificate or a free cupcake but merely getting through another day without slapping the stoner bagboy for stacking the cantaloupes on top of the bread.

Sometimes our best isn’t even enough—the test grade comes back failing, the lover still leaves, money for the bills falls short, the sandwiches are still smushed. But that doesn’t make us losers. 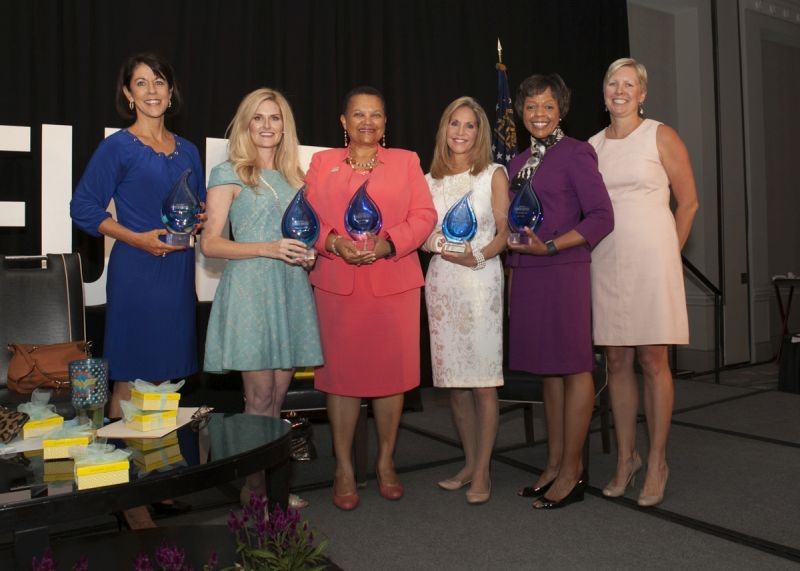 That was the takeaway for me at last week’s United Way Women United luncheon, where almost 500 of Savannah’s most prosperous women (and a few men) filled the Westin’s biggest ballroom with the scent of success and Chanel Coco Mademoiselle. A fundraiser for those whom affordable transportation is a barrier to a better life, Women Who Rule brought together local doctors, lawyers, real estate moguls, college professors, professional philanthropists, activists, artists and other well-heeled winners at life. Thanks to the invitation from United Way creative director Tommy Nickoloff, I’ve never gotten spinach stuck in my teeth at a more intimidating or fashionable event.

“Pretty sure we could run the entire world with power in this room,” murmured musician Kristin King, herself attired in a smart charcoal sheath. (Hey, when are we gonna add a Best Harpist category?)

This was Savannah’s cream of the crop, represented by a speakers’ panel of the very best in their respective fields: Business owner Heather Burge, who started Bleubelle Boutique at an age when most of us were still eating ramen for breakfast; Dr. Cheryl Dozier, a former New York social worker who has served as the president of Savannah State University since 2011; financial guru Jenny Gentry, one of first women to become a bank president in the Savannah market; and attorney Tammie Mosley, elected as clerk to Superior Court clerk last year and half-marathon enthusiast.

Emceed by the indefatigable Julie Wade, who recently stepped into the formidable Executive Director shoes at Park Place Outreach, and moderated by District Attorney Meg Heap, this power lunch could have been a fantastic opportunity to slide under the table with the eye mask party favor provided by Vaden Automotive Group and stress eat the extra chocolate mousse over how some people’s best will forever cast the rest of us in the shadow of mediocrity.

But these women were blithely honest about the challenges they’ve encountered along the way to realizing their dreams: divorce, sexism, work-family plate-spinning, the quest for a mentor, the pressure of being one. They also made the point that we don’t have to wait to achieve our highest goals to help others.

True, Women United’s specific mission is accessible to all; everyone’s meal paid for gas cards and small car repairs for single moms and seniors, and each $5 raffle ticket meant a bus pass to another woman in need.

Such modest gifts may seem inconsequential, but a reliable route to work or a new set of tires can be the vital bridging step to unleashing someone’s greatest potential.

“To get to that first day of a new job, you have to get to the parking lot,” reminded Wade.

The High Queen of Personal Excellence Oprah Winfrey once said that “If you want the best the world has to offer, offer the world your best.” But there’s not a single person for whom their best doesn’t fall short at least once in a while, and there’s no shame on being on the receiving end.

“You have to let people help you,” admonished Gentry, her own arm mummified in a sling after a recent losing battle with a treadmill.

“Being able to give means having someone to give to. That’s how it works.”

This struck me as so wise: When we understand ourselves as part of the same circle, it doesn’t matter so much who has the goods and who is in need as long as the exchange goes down. We all have our beasts to wrestle, and surely part of life’s greatest gifts is sharing in the bounty.

So hearty congratulations to our #BOS2017 winners and hugs to the rest: We never know far our efforts to tame our wildest dreams will reach, but we always win when we do our best. 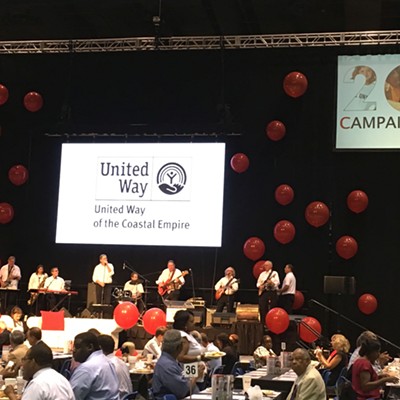