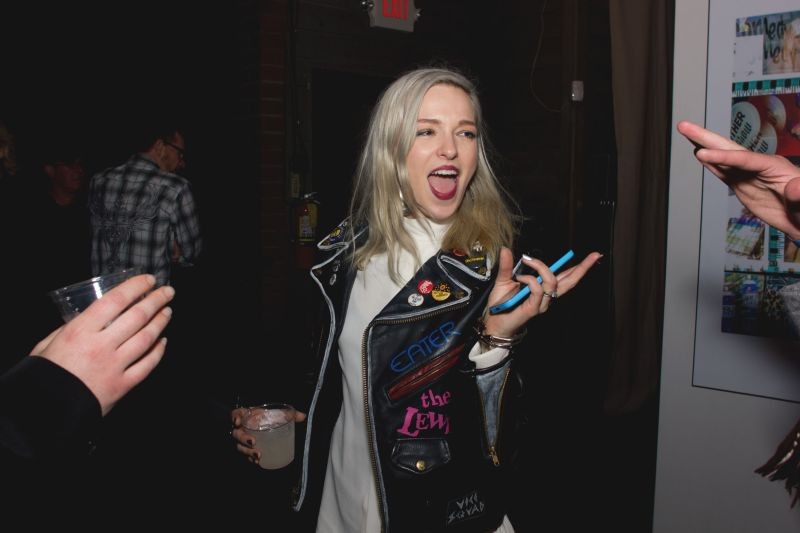 On top of that, Dollhouse Productions, the multipurpose venue and recording studio, announced that their lease was coming up and the future of the space and business was uncertain.

Thanks to some new collaborators, Dollhouse’s world-class studio will continue to help great artists cut records in Savannah, and a downtown-centric theatre scene has a new chance.

“We thought we were out because our lease was up,” Blake Olmstead Mavrogeorgis of Dollhouse Productions explains. “We didn’t know if we could really afford to renew.”

A loose group of actors and behind-the-scenes pros from New York, Atlanta, Savannah, and other regions, the Theatre’s developing contract allows non-Equity professionals to work with them, making the company a potential career launch pad for local and regional actors.

“I’d been going to Savannah for about 15 years, and there had never been an Equity company down there,” he shares. “We kept looking, made several visits, and everybody fell in love.”

On one trip, the crew discovered the up-for-rent warehouse off Bay Street that Dollhouse Productions occupies; with its renovated interior, ample parking, and convenience to downtown, the group snapped up the opportunity to have their own production space and small performance venue.

Then they learned about Blake and Peter Mavrogeorgis’s work, their gorgeous studio, and their struggle to find a new spot.

“It’s this blessing that these guys took over the lease, found out about us, and said, ‘Would they be interested in staying and we can share space?’” says Blake. “Our landlord put us in touch, we had a couple meetings, and came up with a nice agreement that will work for everybody.”

In the new year, Dollhouse’s studio will remain, and their event space will be taken over by Savannah Rep.

“When we found out the whole story of why they were having to leave, we said, ‘Wait a minute—we’re not working cross-purpose, we can work together.”

The crew boasts some truly impressive talents who are excited to bring their passion to Savannah.

“In our main staff, we have Nick Corley, who has Broadway and West End credits,” says Hailey. “He’s done four Broadway shows in the last two years and is bringing in some pretty incredible people. We have been working together for about 20 years, we met at The Directors Company that we’re both members of here in New York.”

Savannah Rep’s first season will be “site-specific,” with shows held at The Black Box Theater at S.P.A.C.E., Club One, and Tybee Post Theater.

Working with an ensemble of national, regional, and local performers, Savannah Rep has a great 2017 season: The Importance of Being Earnest, Vampire Lesbians of Sodom, and The Robber Bridegroom.

“At first, the [Dollhouse] space is going to be our rehearsal space, shop space, costume areas, and, obviously, keeping Dollhouse’s studio there,” says Hailey.

“We’re renaming it The Savannah Rep Play Shop. We’ll have a gala opening tying in with Vampire Lesbians on April 9—it’ll be a matinee at Club One, then we’re going to retire to a cocktail party, then the gala will move to the Play Shop.”

Tony-nominated Charles Busch, author of Vampire Lesbians of Sodom and respected cabaret performer, is making an appearance at the gala and will perform for attendees. His visit and performance will be a perfect kickoff and welcome for Savannah Rep in their new home. 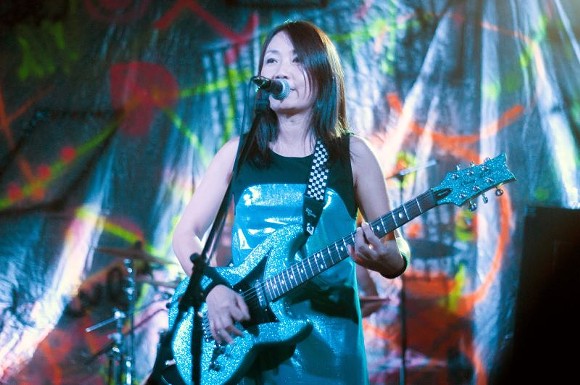 Shonen Knife performed at the Dollhouse in a memorable show.

Since opening its doors, Dollhouse was a multipurpose space with the recording studio serving as the centerpiece. With a great stage, sound, and high-capacity room, Blake and Peter (musicians themselves, currently working together as duo Twisty Cats) welcomed a star-studded array of artful entertainment.

But, no news here: booking and maintaining a venue, on top of running a successful business and freelancing on the side, is grueling work, even for an occasional event space like Dollhouse.

“We’ve done some really awesome stuff, but also, I don’t feel like it’s a huge loss for Savannah,” says Blake.

“It’s not like people have relied on Dollhouse as a venue. I think it was like that for a little while, but that kind of just didn’t work the way we wanted it to. So that’s why we stopped booking so much. We went from booking and promoting ourselves to letting outside promoters use the space.”

The Dollhouse team was instrumental in the passing of the revised alcohol ordinance, set in motion this month. Though they themselves won’t be utilizing it, Blake is proud of the work they put in.

“Even after everything, at least I can say I’m happy to have helped make a change,” she says.

Savannah Rep’s Play Shop isn’t just for their own company. Hailey and the team saw a need in Savannah and are ready to open up their space to troupes in need.

“I’ve been following the stories about performance spaces closing right around town and was dreading what I was going to find,” says Hailey. “Then we found this space, and we can help alleviate some of that problem by making it an affordable space for arts groups that have lost these spaces, so we can all work together. We are really going to go out of our way to work with groups that have lost spaces.”

Hailey expresses admiration for Savannah’s theatre scene and is excited to be in a cozy town where theatre thrives.

“Another thing I love about being down there is we don’t have to all the nothing-but-the-popular-stuff to get started,” he says. “The level’s been raised down there to the point of where we can do some pretty challenging, newer material together. I love that the game is already up.”

And Dollhouse couldn’t be happier for the opportunity to continue to grow their business and support the arts in Savannah.

“I really do think this is a great thing for this space,” says Blake. “With Muse being gone, I really think it could work so well as a theatre space and multi-production venue. I think it’s utilizing the space in the best way it should be used.”