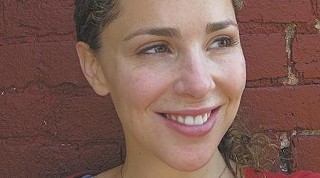 For hundreds of years, the study of economics has rested on the principle that human beings act rationally, all the time.
More recently, academia has caught on to what many of us have known for years - that immediate gratification is a far greater motivator than rational thought or profit maximizing. From that seed grows the emerging field of Behavioral

Economics, which combines psychology and economics to reveal why people so rarely act in their own best interest, particularly when it comes to money.

The new field of study has garnered a lot of attention recently because one of its theoretical founders, Daniel Kahneman, won a Nobel Prize for Economics in 2002, and its also become an influential force guiding financial policies within the Obama administration.

Mindy Hernandez is a senior research specialist at Princeton University who specializes in Applied Behavioral Economics, or for example, in layman's terms, what it is that's keeping you from saving money even though it's something that you want to do. She will be the featured speaker at the Step Up Savannah's Annual Meeting, called "Act - Motivate - Change" on October 20.

What's the difference between behavioral economics and regular economics?

Mindy Hernandez: The standard assumption in traditional neo-classical economics is that we're all rational actors... like we're profit maximizing, we tend to gather full information and we make rational choices. The behavioral perspective comes in and says actually people are irrational, or they exhibit what's called bounded rationality all the time.

For example, we make decisions that are seemingly irrational, where we're not profit maximizing, we're actually losing money. Buying a $4 coffee at Starbucks rather than making coffee at home could be an example. What's interesting about applied behavioral economics is that the emerging science is telling us that we veer from the standard model in predictable ways. That means that if there are predictable ways that we act "irrationally" then maybe we can use that predictability to formulate programs or new policies.

So am I an individual making my own decisions or am I just a piece of driftwood floating through the sea of life, pushed by currents I don't even understand exist?

Mindy Hernandez: That might be a question for you and your god.

Behavioral economics seems like it's reaching into some pretty deep territory. It seems like it's saying what we view as being these random events, like buying coffee rather than making it at home, are part of these deeper patterns that are almost beyond our control.

If I had to consciously think about how rational every decision I made was, and set up spreadsheets to profit maximize, I would be totally paralyzed. So we've done a very good job of generalizing our situations, like generally if something seems like a good idea, and I have cash in my pocket, it seems like an ok action for me. A crucial 10-15 percent of the time, we're actually wrong.

Is that how behavioral economics is going to save us all? By making us aware of our irrational economic decisions?

Mindy Hernandez: I think to say that behavioral economics is going to save us all is a little overly ambitious. It's a new science and what we think is that there's a lot of powerful potential to apply it, but it is emerging, so we want to be careful about what we're promising, and whether it can save us all is still up in the air. What we think is that it can a difference in a lot of big ways but we have to test that out slowly and carefully.

Since it's emerging, who is using this the most right now?

Mindy Hernandez: The most celebrated example is in the Save More Tomorrow program, which was a program to automatically enroll people in 401ks. They asked their employees to automatically enroll in 401ks instead of having them wait individually to sign up. Half the people said no, I can't save now, and they said that's fine, how about you start saving during your next pay raise. And they did, not only did they sign up starting their next pay raise, but every raise after that they would increase their savings amount by 3 percent.

What they say was that the people who enrolled this way, who were complete non-savers, reached the cap on their 401k within 9 or 10 years and they actually had to stop a lot of people from the program because they couldn't save anymore. What's powerful about that example is that it's something everyone said they wanted to do.

Everybody said they wanted to save, the way people want to eat better and exercise more, but following through on those good intentions can be hard. What behavioral economics says is that there are policies we can put in place, and we can design programs in this behaviorally informed way that actually help people follow through on their best intentions.

There's a fear that this will be used as a dark science to get people to do what they don't want to do, but the science really is focused on what people actively want to do, like save more, and then find easy ways for them to do it.

Am I not a better person because there are all these invisible obstacles in the way? Is this a science that's explaining why we're not more proactive?

Mindy Hernandez: It's asking the fundamental question of, in a very simplistic way, why don't I go to the gym even though I want to? Why don't we do the things that we want to do? And then to that behavioral question, the applied science would say, how could we change policies and programs so that we're more likely to do them?

Is this what you're speaking about at the Step Up meeting? How does this tie into what their whole mission is?

Mindy Hernandez: In the asset building field, you have people that have been working on these programs for years and years to get people to save more, budget, get their credit under control, take job training courses - all these are things that people want to do, but for some reason don't.

I'm going to Step Up Savannah because they are really thoughtfully starting to ask ‘why aren't we seeing the increases in take up or in savings that we should see? What other lens can we take to this problem?' I'm supplying that behavioral lens to talk about work that's been done in the asset building field to infuse programs and policies with a behavioral perspective.

Delete - Merge UpFor example, having somebody fill out a 15-page form about why they want to save is probably not as effective as giving somebody immediately one or two very easy ways to save. Just as a quick example.

Mindy Hernandez speaks at the Step Up Annual Meeting