The Pietasters return to Savannah 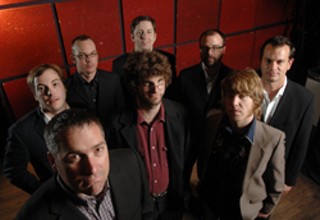 The last time Washington, D.C.’s Pietasters played The Jinx was a couple of St. Patrick’s days ago. That’s a gig they won’t likely forget, as their bassist, Jorge Pezzimenti wound up being nabbed by Savannah’s finest for getting “back to nature” in the alley behind the Congress Street nightclub thirty seconds before the ska-soul act’s headlining show began to a packed, standing-room-only bar.

With some of his bandmates already on stage), they were forced to draft bass-playing fans from the crowd to take turns filling in for Jorge while he was hauled off. Amazingly, the show went off without any major glitches, and a splendid, sweaty, smoky time was had by all.

Although I had planned to omit that awkward anecdote, Pezzimenti brought it up himself during a recent phone conversation.

“How can you leave that out?” he asks with an incredulous chuckle. “That’s the headline!”

Jorge then good-naturedly explained the previously unknown details of his infamous incarceration.

“Basically, I had to piss like a motherf@#$%er. There was only one bathroom and a line going around the door. Now, I don’t need to explain to a guy how sometimes you just have to urinate in an alley. Maybe to a girl, but not to a guy. (laughs) I wasn’t drunk, I was stone cold sober. But out of the corner of my eye I could see the police coming up, so I stopped,” he recalls.

“Little did I know that the city makes something like fifty percent of its money for the year on that one night! So, basically, every douchebag in the whole world is sitting in that jail. The cop told me not to worry, that it won’t be on my record, and luckily it’s not. I’m still spotless,” he says.

“Although I must tell you I do lie awake sometimes when we’re about to cross a border while we’re on tour, worrying that some computer check will show that I was arrested in Savannah for peeing in public.

“I had to spend a night in jail with some guy who was bleeding like crazy from his hands and mouth who kept trying to talk to me,” says Jorge.

“But that’s not the worst part! When I was being dragged away in handcuffs in my old Rolling Stones shirt with that big tongue on it, no one thinks to take a picture. (laughs). It had to be the most rock and roll image ever!”

His band has had their fair share of rock and roll moments. They’ve had records produced by a member of punk legends Bad Religion, been signed to ska-punk icons Rancid’s own record label, been featured on a few Warped Tours, done a string of U.S. dates with The Clash’s dear departed frontman Joe Strummer, and even served as the late, great James Brown’s backing band at a massive WHFS festival show at D.C.’s MCI Center.

“Whether I have had better musical memories or not, that James Brown gig is always the one I go to in my mind,” says Pezzimenti wistfully.

“I have seen unbelievable pictures from that show of me playing bass and him looking at me and doing one of his screams. Talk about instant cred for a ska band! (laughs) I mean, not that we’ve ever called ourselves strictly a ska band. We’ve always identified what we do as ska-soul, but some people still don’t understand just what that means.”

What it means is that this horn-driven band’s sound is an amalgam of rock, reggae, punk, Motown, ska, the southern soul of the Stax/Volt labels and even power-pop. For proof of that last genre’s influence on The Pietasters, dig this: they’re releasing a cover of Teenage Fanclub’s early single “The Concept” as a bonus track on the Japanese version of their brand-new CD All Day.

“Those guys should not have to work a day in their lives,” says Pezzimenti of Scotland’s Big Star acolytes. “They should be able to just kick back, because they are undeniably pop geniuses.”

“I’m sure the hardcore Teenage Fanclub dudes wish we’d done something more obscure, but that’s a great, four-on-the-floor song. It kicks like The Four Tops.” 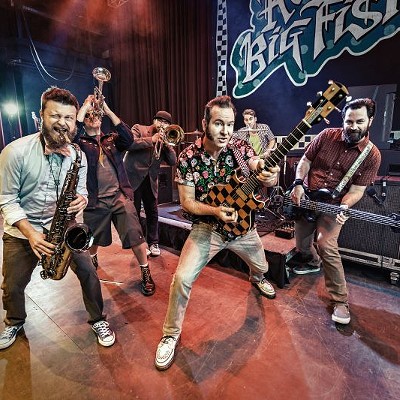