The Plot by Jean Hanff Korelitz

Jacob Finch Bonner was once a promising young novelist with a respectably published first book. Today, he’s teaching in a third-rate MFA program and struggling to maintain what’s left of his self-respect; he hasn’t written―let alone published―anything decent in years. When Evan Parker, his most arrogant student, announces he doesn’t need Jake’s help because the plot of his book in progress is a sure thing, Jake is prepared to dismiss the boast as typical amateur narcissism. But then . . . he hears the plot.

Jake returns to the downward trajectory of his own career and braces himself for the supernova publication of Evan Parker’s first novel: but it never comes. When he discovers that his former student has died, presumably without ever completing his book, Jake does what any self-respecting writer would do with a story like that―a story that absolutely needs to be told.

Finlay Donovan is Killing It by Elle Cosimano

Finlay Donovan is killing it . . . except, she’s really not. She’s a stressed-out single-mom of two and struggling novelist, Finlay’s life is in chaos: the new book she promised her literary agent isn’t written, her ex-husband fired the nanny without telling her, and this morning she had to send her four-year-old to school with hair duct-taped to her head after an incident with scissors.

When Finlay is overheard discussing the plot of her new suspense novel with her agent over lunch, she’s mistaken for a contract killer, and inadvertently accepts an offer to dispose of a problem husband in order to make ends meet . . . Soon, Finlay discovers that crime in real life is a lot more difficult than its fictional counterpart, as she becomes tangled in a real-life murder investigation.

The Book of Speculation by Erika Swyler

Simon Watson, a young librarian, lives alone in a house that is slowly crumbling. His parents are long dead. His mother, a circus mermaid who made her living by holding her breath, drowned in the very water his house overlooks. His younger sister, Enola, ran off six years ago with a traveling carnival.

One day, an old book arrives on Simon’s doorstep, sent by an antiquarian bookseller who purchased it on speculation. Fragile and water damaged, the book is a log from the owner of a traveling carnival in the 1700s, who reports strange and magical things, including the drowning death of a circus mermaid. Since then, generations of “mermaids” in Simon’s family have drowned--always on July 24, which is only weeks away.

Simon becomes increasingly worried about his sister. Could there be a curse on Simon’s family? What does it have to do with the book, and can he get to the heart of the mystery in time to save Enola? 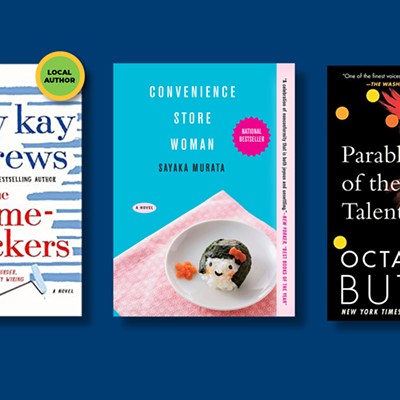