What do movie production credits mean? 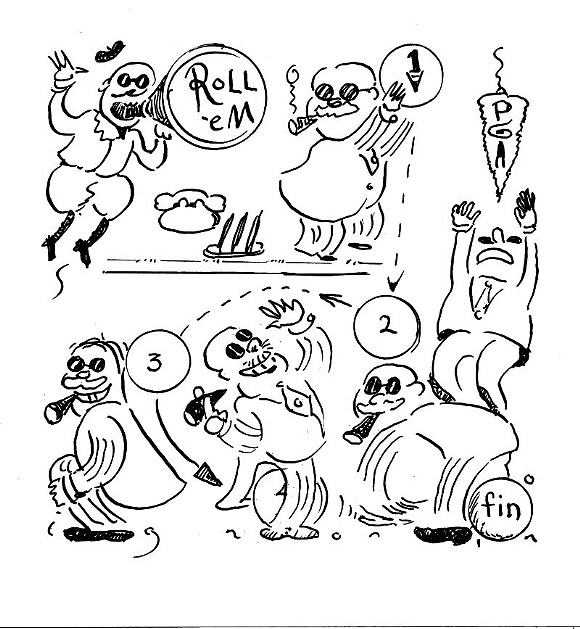 Not so many years ago, when you went to the movies, the opening credits just concluded with “produced by,” then “directed by.” Now you’ll see three or four different company logos, two or three executive producers, a batch of regular producers, and maybe even some co-executive producers or co-producers. What do they all do? —Craig Blouin

OWING to some very well-documented envelope trouble, this year’s Academy Awards telecast ended with an unusually large throng of humans onstage. But even a glitch-free Oscars now closes with a sizable gaggle of some of the least recognizable people in the room—the producers—trooping up the aisle to receive the biggest award of the night.

You’re right, of course: production credits on a typical film have ballooned in the past quarter century, as filmmaking has gotten ever pricier. Between 1994 and 2013, according to film-industry data analyst Stephen Follows, the average number of producers per movie climbed from 5.8 to 10.1—though the 2013 figure was surely skewed by Lee Daniels’ The Butler, which made movie-biz headlines with its whopping 41 producers. But who exactly are all these cooks stirring the broth we gulp down at the multiplex each summer?

Let’s start with that barrage of preliminary logos. The first belongs to the distributor who got the film into theaters.

Next comes the production company, the entity that sees to it that a film gets made—or, quite possibly, a series of production companies, listed in order of size or degree of involvement in the project.

Among the smaller fish may be one of the many boutique agencies formed by top actors or directors, who seek scripts that interest them and then market the projects to larger companies or studios. Following these corporate names come those of the individual producers, in all their glorious variety.

That stock mental image you have of an old-school movie executive—colossal desk, cigar, multiple phone lines? That was supposed to be a producer, the figure who essentially runs the whole production. (Here, at least, the title makes sense.)

The producer (no modifiers, just plain “producer”) disburses money, supervises the artistic calls (which may include hiring a director and securing a script), and has ultimate control over the day-to-day administrative operations that go into making a movie. Theoretically, the producer also has final say over what we see on the screen, to many a director’s chagrin.

But, again, today a film rarely has just one producer, meaning these responsibilities have to get divvied up somehow; feel free to picture whatever behind-the-scenes Hollywood carnage you like.

The producers have someone impatiently peering over their shoulders too. The executive producer supervises their work on behalf of the folks ponying up funds for the film, which could mean a studio, a production company, independent financiers of various sorts, or some combination. Someone with this title might also be the person who secured the rights to a film’s underlying source material.

In TV, confusingly, ”executive producer” often designates an auteur type—someone who created or scripted a series. But in film it’s mainly about keeping the machine running smoothly and thus protecting investor cash.

Financing a big-budget picture requires multiple revenue sources, though, and investors love recognition. That is where co-executive producers come from. They may poke their noses in to see how their money’s being spent, or maybe they just want to see their names up at the premiere.

These folks are not to be confused with co-producers, who do take an active role in the production. A co-producer is in many cases the screenwriter, or at the very least someone who played a significant role in revising the script.

While many of these titles are doled out at the whim of the film’s powers that be, some have been defined by professional filmmaking organizations. The Writers Guild of America makes the call about who can be billed as co-producer.

And after struggling for years to set criteria for a producer credit, in 2012 the Producers Guild of America convinced most industry players to accept the idea of a “producer’s mark.” Anyone who wants the lower-case letters “p.g.a.” after their name in the credits must in fact handle production duties as spelled out by the guild: they have to play a role in script selection and casting, and spend significant time on set.

The big push to establish this mark began after Shakespeare in Love won Best Picture in 1995 and five whole people showed up onstage to collect their trophies—a skeleton crew by today’s standards. You don’t need the PGA’s nod; the carrot the guild dangles in front of producers and studios, though, is that you can’t qualify for major awards, including the Best Picture Oscar, without their approval.

Sometimes that’s not much leverage. Last October, studio head Dana Brunetti complained on Facebook he’d been denied a producer’s mark for his role in the sequel to Fifty Shades of Grey, Fifty Shades Darker. Which might smart, but let’s face it: he wasn’t exactly bound for the Dolby Theatre stage anyway.