What the Craic is Irish Road Bowling?

IF YOU happen to be standing on Hutchinson Island the Saturday morning after St. Patrick's Day, keep an eye out for cannon balls.

And if you hear the traditional Irish battle cry “faugh a ballagh!” pierce the air, you’d better run for cover.

Don’t worry, you’re not under attack by a mulleted Mel Gibson or a band of militant leprechauns. This is the day when the Savannah Ancient Order of Hibernians takes over the track for its spring Irish Road Bowling Tournament, marking the definitive end of another St. Patrick’s Day season.

Harking back to 17th century Ireland, the rules of road bowling are straightforward: Competitors toss a 28-ounce cannonball—known as a “bullet”—along a set course, and whichever team finishes in the least amount of throws wins.

That’s right, it takes a three-person team: One person to launch the ball, another to help consult the course in a role similar to a golf caddy, and one more to stand ahead and show the thrower the best place to aim. Stopping the ball with one’s feet is highly dangerous and strictly forbidden.

The sport is still played on the country lanes of Cork and Armagh counties in Ireland, where players amble from town to town trying to best each other’s score. A 1.5-mile section of the 2.2-mile Hutchinson Island Racetrack works just fine for Savannah’s Irish, who find the smooth pavement a better option than dirt roads.

“There are a bunch of ‘S’ curves to maneuver and a nice straightaway,” endorses event organizer Chris Hagan, disclosing that the score to beat on this course is 19. 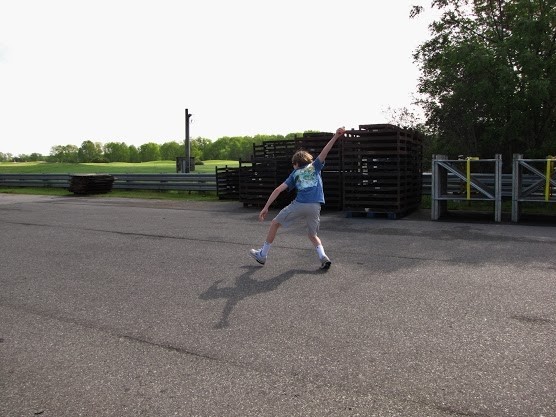 A Savannah native, Hagan has been a member of the Ancient Order of Hibernians since 1995 and has served as a past president of the men’s-only organization. The tournament was conceived during his term as he and his brethren worked to plan something family-friendly after the whiskey-soaked revelry of St. Patrick’s Day.

“We were trying to come up with an activity that kids and adults could do together,” says Hagan.

“I saw road bowling on TV and looked into it, and it turned out to be the perfect thing.”

That was in 2007, and the order has held road bowling tournaments twice a year hence: Once in the spring and again in the fall—on whichever Saturday is before the Georgia-Florida football game.

“That’s always a free weekend on the football schedule, so we know we can get people to come out,” laughs Hagan.

Participation has tripled since the tournament’s inception, and Hagan says 46 teams have already pre-registered at O’Connell’s Pub on Congress Street.

Registration is open to the public and costs $15 per person before March 18 and $20 the day of the event.

Proceeds benefit the bank of charities supported by the order all year long, including various local and international Irish organizations as well as the Fresh Air Home on Tybee Island, the Frank C. Allen Boys & Girls Club, Savannah Mission and the Inner City Night Shelter. 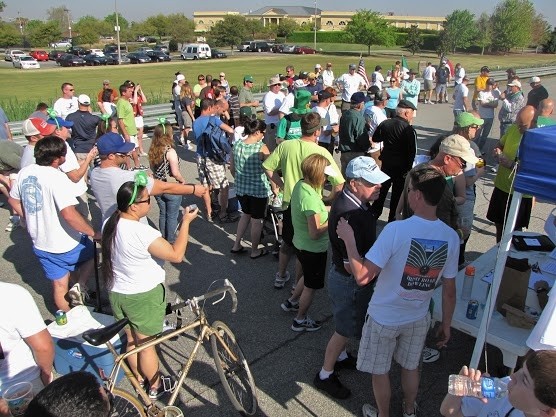 “Every cent raised by this event goes to someone who needs it,” says current AOH president Brian Crowley.

AOH sets aside its membership rules for this event, which means you don’t have to be Irish or a man to sign up for road bowling—you don’t even need a team.

“Just come on out and we’ll match you up with others,” promises Hagan.

While festive greenery is always welcome, there’s no official road bowling attire other than closed-toed shoes and a hat to protect the fair-skinned on the open road.

“It also helps to have on long pants because sometimes you have to search for the ball in the ditches,” adds Hagan.

“You have to yell before you roll,” admonishes Hagan.