BY THE TIME y’all read this, it’ll all be over but the shouting.

The final stretch of the 2016 Presidential Election will surely go down as the most uncivil, divisive, diarrhea-inducing three months in recent history, and many of us would gladly accept any outcome as long as it means we can unclench our fists (and bowels.)

“I’m ready for a shower,” shuddered my friend Jon Cohen at the end of last week as we contemplated the end of this Category 5 shitstorm.

If the record-breaking early voting numbers are any indicator, we all feel the same way. Almost 40 million Americans cast their ballots with days, even weeks to spare, reflected locally in the lines snaking around the Voter Registration Main Office and the Civic Center last week.

Personally, I’m a “day-of” kind of gal; I’ve grown very fond of the elderly volunteers at my neighborhood precinct at the JEA over the last decade because of their dedication and enthusiasm. Also, they always give me an extra cookie.

I need all the comfort I can get in these last hours before the polls close. It feels like the craycray has ratcheted to a whole new dimension. Everyone’s fingernails look bitten to the quick. There are still people huffing and puffing on their Facebook pages as if they’re actually going to change someone’s mind. I’m basically one missed dose of Rescue Remedy away from hysterically running through the streets wearing nothing but a couple hundred “I’m a Georgia Voter!” stickers.

At least we got an extra hour to hide under the covers on Sunday morning, not that many of us have been sleeping so well in the midst of this waking nightmare. (When is someone going to run on a platform of abolishing stupid Daylight Savings, anyway?)

This election has been so much more than political; it’s been personal. Some of us have lost lifelong friends, or at least temporarily blocked them, over 3 am retweets.

We’ve engaged in pointless ad hominem attacks on threads so long we could knit hideous Christmas sweaters out of them. By the way, who else is looking forward to what is bound to be the most dysfunctional family Thanksgiving dinner ever?

It’s been super hard to keep it civil as we’ve reduced ourselves to one side, and we’ve dug our heels in at the expense of decorum. I gave up arguing months ago and just dug an online hole to hide in; it’s sort of a virtual bomb shelter filled with tequila ads and GIFs of baby sloths eating lettuce.

What for some of us has been a very clear choice between an admittedly flawed but ultimately qualified, passionate candidate and a fascist, racist, misogynistic, war-baiting, megalomaniacal narcissist who would kill the world with his climate change-denying pussy grabbing has been a more nuanced decision for others.

Single issues, party loyalty and an obsession with a lot of irrelevant (and as of Monday, totally vindicated) emails have captured the endorsement of a lot of otherwise reasonable people. The unreasonable ones ostensibly have their reasons, too, like the belief that their Orange Savior will hand out bags of gold to his followers or, perhaps, rescue their daily newspaper empire.

That’s their right, no matter how deplorably ignorant they are regarding the Constitution and the basic tenets of democracy. Civic freedom: Kinda like a driver’s license. You don’t have to know how a car actually works to drive it.

But no matter how the numbers get crunched up and spit out by those voting machines tonight, we’re going to wake up tomorrow to a new President, and it’s going to seem like the end of the world to somebody. We are all are going to know neighbors, family members and friends who are going to be pissed off and possibly armed.

Give them space. Be kind. Gloating is not recommended.

Keep it humble, ‘cause most things won’t have changed a bit. While we’re still the same people who fed each other and neatly arranged up the debris from Hurricane Matthew at the curb four weeks ago, those piles will likely still be moldering in the parking places in front of our homes long after the new POTUS is sworn in. (The out-of-state removal crews estimate it’ll be February 2017 before the last branch is hauled away. Seems like dropping those collapsible dumpsters at the end of every block and letting us consolidate our own garbage would have been faster?)

We will still have the same governor who uses the term “colored people” like it’s 1956 instead of 2016 (oh, did you miss Nathan Deal’s racist rail against people who didn’t support his school takeover amendment? Don’t worry, we won’t have to suffer through him much longer since he’s on his second term and can’t run again in 2018.)

There will still be police in riot gear bullying unarmed protestors of the Dakota Access Pipeline, and the legal bullies at Kinder Morgan will still be trying to invoke eminent domain to bulldoze for the Palmetto Pipeline across our watersheds.

There will still be homegrown psychopaths emboldened to shoot police officers, and 14 million refugees whose homes have been destroyed by psychopathic despots.

There will still be crappy schools, not enough jobs, skyrocketing health insurance premiums, filthy water, rising sea levels, addiction, poverty, violence and too many goddamn idiots who don’t know how to properly use the left lane on an interstate.

The next President isn’t going to be able to solve all of these problems, as the office does not, in fact, come with a magic wand.

But there will be some so butthurt over the outcome of this election that they will continue to bluster and lay blame instead of getting down to the business of cleaning up their own yards, so to speak.

Now more than ever, we must stand up for our values, our families and our country by acting like grown-ups. If we care about justice and progress, we must dig deeper than ever to reclaim our common humanity—and sanity—again.

And that means accepting that what matters to each of us doesn’t matter to all of us. It’s never going to.

It doesn’t have to, as long as we remember that every single citizen has the same rights as any other, like it or not.

It is, to belabor a point, what makes this country great, and always has.

Now if you’ll excuse me, I’m going to take a long, hot bath. 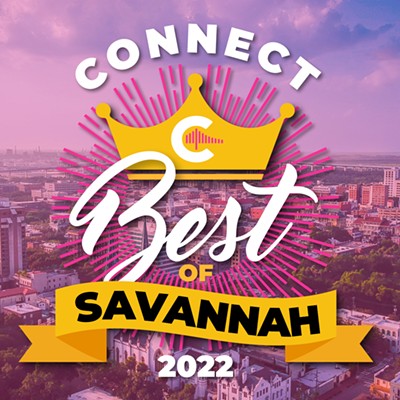