What's up, my homebrews?

May 7 is National Homebrew Day

EVERYONE knows that running and beer go hand in hand, but what makes Brew/Drink/Run a truly unique group is the first part of our name.

Homebrewing is a hobby that in many cases has started many a commercial brewery career. Jim Koch founder of Boston Beer Company, Ken Grossman of Sierra Nevada Brewing Company, Steve Hindy of Brooklyn Brewery and Sam Calagione owner of Dogfish Head Craft Brewery all started their track to professional brewers with a first batch of homebrew.

Saturday, May 7 is National Homebrew Day, the day of the year we celebrate homebrewers big and small. Homebrewing may seem like an intimidating hobby to get involved with, but have no fear; the process involves some work but is really very straightforward. And in the end you have a bunch of beer to drink.

The investment in the equipment to start homebrewing can be pretty small. Most retailers sell a basic kit of gear, brew bucket, bottling bucket, tubing and bottle capper as well as a few other necessary gadgets to get you started for around $75, though even that number can be cut if you’re willing and able to take on a DIY attitude, an attitude many homebrewers already have as it tends to allow plenty of room for experimentation in both the brewing process and your equipment.

Most homebrewers start out brewing with extract kits. Extracts are the viscous, concentrated remnants of “mashed” grain.

Extract brewing skips the mashing process allowing you to jump right into boiling up wort, the sweet liquid that is missing only yeast to make it officially beer. Most extract kits make five gallons of beer, or about 40-45 bottles, though if you want to move slowly into homebrewing there are one gallon kits available.

Extract brewing yields beer just as good as any other method but many brewers eventually move onto all grain brewing to open up some new brewing avenues. All grain brewing starts with pure grains. Mashing, slowly heating the grains in water, releases the starches in the grain and converts them to sugars that the yeast will eventually eat as they ferment the beer. 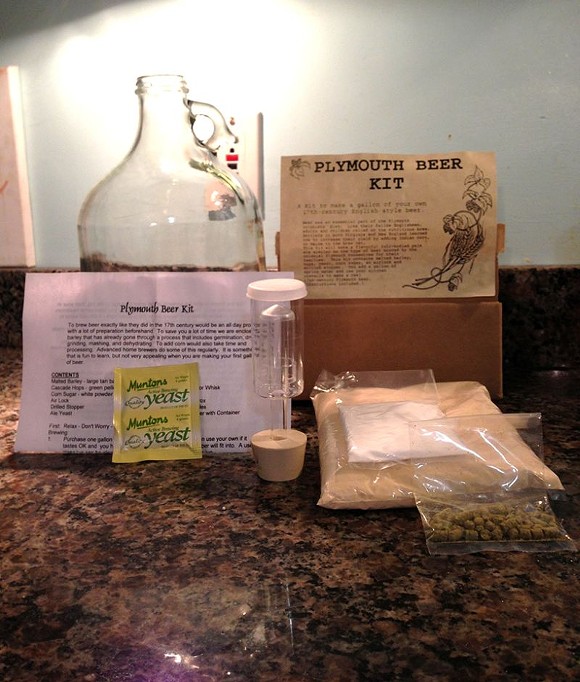 All-grain brewing is more work but being able to control each step of the brewing process gives the brewer more opportunities to experiment with beer recipes.

If you are still intimidated by the prospect of fermenting your own beer, there are two local options for support. Savannah’s sole homebrew store, the Savannah Homebrew Shoppe, is housed in an unassuming sheet metal building on Skidaway Road at 37th Street.

Jerald Jameson, owner of the Savannah Homebrew Shoppe stocks a wide variety of ingredients and supplies and will readily search out and order anything you need that he may not have on hand. Mr. Jameson is a fountain of homebrew knowledge, and can recite many beer recipes from memory. He is happy to put together ingredients to brew your own versions.

Since 1993, the Savannah Brewers League has been fostering and supporting the homebrewing community. They meet at 7:30 p.m. on the first Wednesday of every month downstairs at Moon River Brewing Company on Bay Street. They welcome all levels of interest in the hobby and regularly share their homebrewing stories as well as their brews.

This is a special year for the homebrewing community as it’s the 500th anniversary of the Reinheitsgebot, the so called German Purity Law that defined what ingredients can be used to make a beer. In celebration the American Homebrewers Association created several simple beer recipes to brew on May 7.

The American Homebrewers Association, homebrewersassociation.org, is an excellent online resource for the beginning, intermediate or advanced brewer. Their forum lists thousands of recipes with feedback and advice from other brewers.

If you’ve ever wanted to take up homebrewing use, National Homebrew Day as an excuse to get started. There are plenty of resources, local and online to help you get going, and in a few weeks you’ll be enjoying the fruits of your labors.

There is nothing better than opening up a bottle of your own beer to enjoy on a hot summer day.