It might be the tropical depression talking, but it’s starting to look a tad apocalyptic out there.

Hurricane season has lurched in with a busy schedule for storm chasers: As many as 17 named storms are predicted to spinsaw their way across the Atlantic this year, but who’s counting? No really, who? With nobody at the helm of the National Oceanic Atmospheric Administration or the Federal Emergency Management Agency, we’re basically one eyewall away from The Hunger Games, only with worse fashion.

And how about that embarrassing energy policy that is literally dependent on dinosaurs? I thought the man-heavy second half of Wonder Woman was kinda clichéd, but watching the world’s grown-ups discuss how to contain the fire baby’s tantrums without destroying the rest of the planet makes it seem like prescient genius.

There’s the ridiculous, self-righteous judgment over a comedian famous for her D-List poor taste posing with a Halloween mask and corn syrup when actual terrorists behead journalists, drive trucks into crowds and detonate nail bombs on little girls. 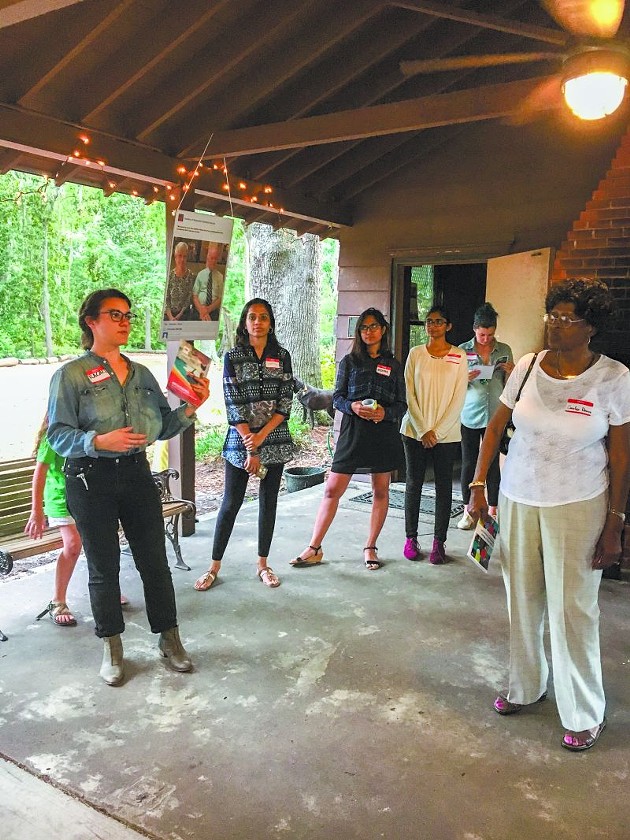 And threads as long as my arm over whether 25 year-old NSA leaker Reality Leigh Winner (hello, best millennial name ever!) and former FBI Director James Comey are heroes or traitors, obscuring the fact that there is now documented proof that Russia hacked the presidential election.

Also, a 20-mile chunk of Antarctica is about to break off into the ocean.

No amount of moonshine could possibly help me imagine what fresh hell will pop up between now and press time: It would not surprise me at all if TMZ released footage of Putin and Kendall Jenner riding a Koch Brothers-sponsored Godzilla across the Russian steppes while eating a UFO.

It may be the end of times or just a really, really bad Saturn return, but no matter where you’re standing (even if it’s the Russian steppes) we’ve got a featherplucking mess to handle (thank you, Anna Chandler, for my new favorite guilt-free swear.)

But dealing with disaster has always been part of the human condition, and every generation has its messes to clean up for the next. The sages of my people call this tikkun olam—the repairing of the world—and according to them, participation is non-negotiable. The Talmud says that “it is not upon you to finish the work, but you are not free to ignore it,” which sounds reasonable when you’re doing a pile dishes after dinner and you’re like, I’mma just leave them crusty counters for someone else.

It’s a whole lot more overwhelming when global catastrophes are coming fast and furious as our own neighborhoods are already consumed with garden variety trash fires like poverty, murder and a city council that thinks public safety means removing basketball hoops from the streets.

Fortunately, some people don’t give a pluck about how big the pile is and how far there is to go. They start where they are and do what they can until it’s time to pass the baton to somebody else.

When SCAD students Eliska Skarolkova and Rachel Segrest asked me about Savannah’s strengths and challenges for a project for their Design for Sustainability class, I figured it was just another exercise in academic futility. But their professor, anti-nihilist Scott Boylston, requires a lot more than some pretty Powerpoint slides to fulfill his syllabus I was pleasantly surprised to find that the class had taken my input and that of others (culled from Emergent Savannah’s list of past “Monday Means Community” participants) to create real world applications.

“Fostering a More Resilient Savannah” is the result of a single academic quarter of identifying problems and coming up with solutions that may not fix things forever, but at least move progress down the line .

Experts tell us the key to surviving challenges is resiliency—the capacity to bounce back from adversity quickly and move on—and cultivating it can help communities large and small adapt to change. How do we do that? In nature, the more variety there is in an ecosystem, the more stable it is, and the same goes for human systems.

The students (themselves a veritable Benneton ad of ethnicities and nationalities) dialed in on dissolving barriers between different kinds of people as the way to create a stronger city through creating more opportunity for empathy.

“We’re looking at the social side of sustainability,” explained Rachel at the final presentation, held at Gordonston’s Juliette Gordon Low Park.

Four projects emerged from their big brainstorms, including a “People’s Tour” designed for and led by locals who can get to know the city’s lesser-known neighborhoods through the eyes of someone who lives there, and a moveable public art projection showcasing relevant civic information for citizens.

A couple of chairs and some curtains created a “community safe space” where complete strangers can practice discussing complicated issues, and a “Humans of Savannah-Chatham” Instagram account brings all kinds of faces and stories to everyone’s feed.

No, none of these is going to diffuse a bomb or pay anyone a living wage. But they can, strand by strand, build a web of human connectedness that supports us all in times of trouble as well as prosperity. They’re also mobile, cheap and transferable, which is more than anything any high-paid city consultant has suggested lately.

“The beauty of all of these,” emphasized Rachel, who graduated the next day, “is that they can all be operated easily and handed off to someone else.”

Sounds like the Talmudic scholars would approve of this generation of do-gooders, though it’s not just millennials who are shouldering the load. Miriam Center was there with her sexy beau John Patterson to take part in yet more community action, and she’s in her 90s. I was paired up with artist Omar Boone-Bone, who’s 87, to see how we could move one of the projects forward, and we decided taking a shift of the Humans of Savannah page would be a totally doable, rollicking good time.

Doing our part begins with remembering we’re all in this together, and that the work is never going to end. It’s not up to any single one of us to save the world, which is fine because that doesn’t sound like any fun at all anyway.

We’ll never be able to do anything about the weather—all we can do is choose how we weather the storm. 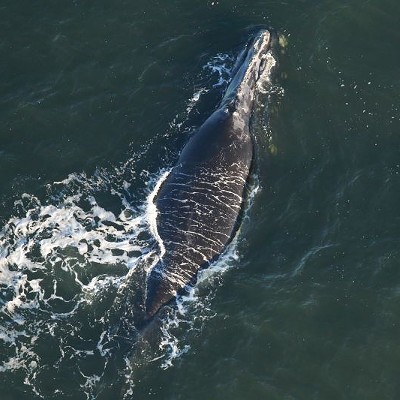 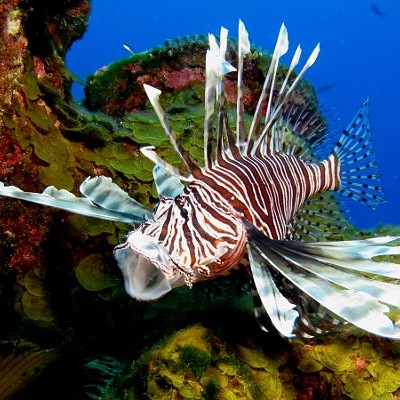 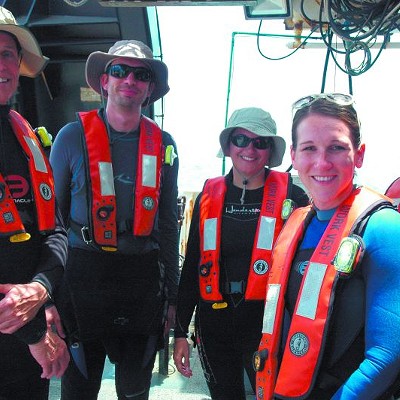