Why are some English names pronounced so differently than they're spelled?

Why are some English names pronounced so differently than they’re spelled? I’m thinking of Churmondley (pronounced “Chumley”) and Featheringstonehaugh (pronounced “Fanshaw”). —Jenny 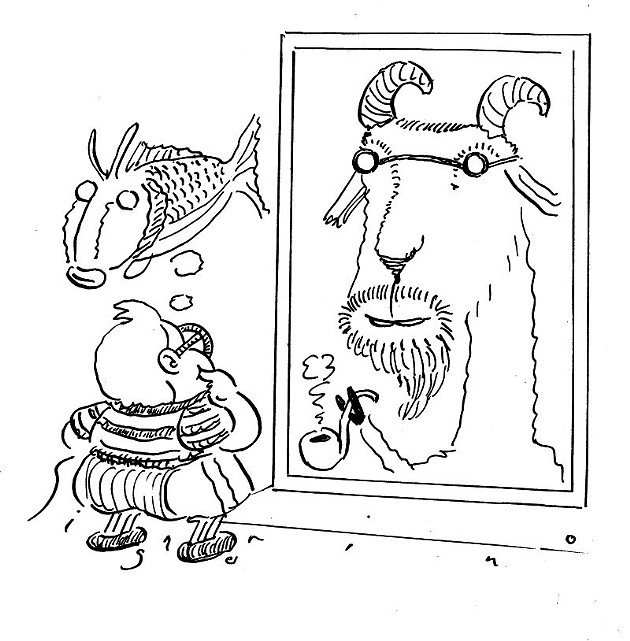 I almost hate to point out that those two names are actually spelled Cholmondeley and Featherstonehaugh. On the other hand, if you were making a joke about how tricky it can be to spell something as simple-sounding as "Fanshaw," well—touché. The English language has got some strange orthographic conventions, and our pals across the pond are themselves well aware of the humorous possibilities of such: it was a Brit who famously suggested that, using pronunciation as your guide, it's possible to spell the word fish g-h-o-t-i. Think on it awhile and you'll get there.

Featherstonehaugh is an extreme example, but the tendency to pronounce a word more succinctly than its spelling would suggest pervades the language in both Britain and North America, particularly when it comes to place names. When was the last time you heard a Canadian, for instance, pronounce all three syllables, or the second t, in “Toronto”? It’s “Tronno,” more like. Going by spelling, one might refer to the famous lower-Manhattan neighborhood as “Green-witch Village,” instantly exposing you as an out-of-towner. The British city from which the Big Apple takes its name, by the by, was originally called Eboracum by Roman founders; later, invading Anglo-Saxons updated that to Evorwic, which the subsequently invading Vikings couldn’t pronounce, so they rechristened it Jorvik, paving the way for the name it has now.

With names like Cholmondeley, the simplest explanation is that the pronunciation of words shortens over time—it’s a mark of our familiarity with them. Beyond that it’s hard to stake out a unified theory, particularly since British names often derive from a tangle of mismatched lexical roots, what with all that invading.

The element haugh, e.g., is from the Old English, denoting a nook or secret place. The -cesters, meanwhile—as in Gloucester, Worcester, et al—come from the Latin castrum, a fort or a town. Worcester—that is, “Wooster”—is already a truncation of what was once spelled Wigoraceaster, the Wigora evidently being a tribe that lived in that particular ceaster. “Wigoraceaster” is a bit of a mouthful; it’s a hell of a lot easier just saying “Wooster.”

Ease is essentially what this boils down to: physical laziness, as exhibited in the linguistics phenomenon called vowel reduction. Because it takes more muscle work to clearly enunciate every syllable in a word, English speakers tend to downgrade the vowels in the unstressed syllables (the less-important ones, intelligibilitywise) to a single all-purpose sound: the schwa, represented in the International Phonetic Alphabet by an upside-down-e symbol and pronounced (approximately) “uh.” Think about the first a in amazing, the second e in basement, the u in lettuce. Three different vowels, but because the accent doesn’t fall on the syllable they’re in, they come out of our mouths the same: schwa.

Thence a second phonetic tendency, schwa deletion: having reduced your previously distinctive vowel to a generic unstressed vowel, you start skipping that syllable altogether. You see this with words like family, probably, or corporate, which many folks pronounce, contra their spelling, with only two syllables. English speakers everywhere share a fondness for eliding their schwas, but the Brits seem particular fans: e.g., the contracted penultimate syllable in a word like secretary.

That’s pretty clearly what happened in the Cholmondeley-to-Chumley transition. We can suppose Featherstonehaugh took roughly the same route, though it’s notable that the two-syllable version contains a sh found nowhere in the spelling. What gives?

Eventually those shriveled to two syllables: fans-haw, which at some point, Windsor Lewis figures, got transcribed somewhere as “Fanshawe” and subsequently read incorrectly as fan-shaw.

The transcription is an important element in this story. Pronunciation changes constantly, while spelling fixes words in time; it’s probably more helpful to think of the phenomenon you’re asking about as a quirk of spelling rather than speaking. English adheres to what the literary scholar Seth Lerer calls “etymological” spelling: our language “preserves the earlier form of words even when those forms no longer correspond to current speech.” For instance, words like knight and through now sound nothing like they’re spelled—but back in Chaucer’s day they were indeed pronounced “k-nicht” and “throoch,” with a guttural ch as in the Scottish loch.

Those who (understandably) bungle a name like Featherstonehaugh might wind up ahead of the curve, though. I point you to Cirencester, an English town whose name for a while had apparently come to be pronounced “Sissitter,” only to expand in more recent usage back to “Siren-sester.” Why the rebound? Unclear, though some theories blame the standardizing influence of national services like the BBC and the railroad, whose announcers may have had limited knowledge of local pronunciation but an outsize platform to spread their own rendition around. Anyway, Cirencester—which you’ll find, naturally, in the county of Gloucestershire.