The outside shape of mammals is symmetrical: limbs, eyes, ears, and nostrils arranged on either side of a central axis. Why are the contents of the abdomen arranged asymmetrically? —Emy Amstein 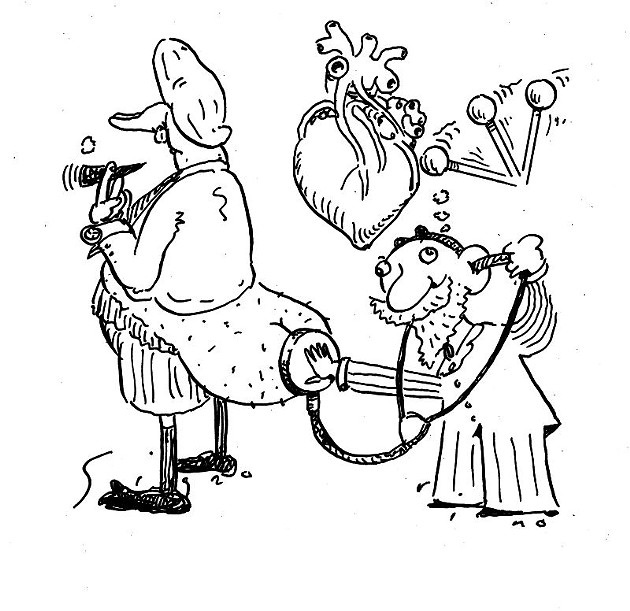 Take a look at a car sometime, Emy. As seen from the sidewalk, nearly all the elements are laid out symmetrically, but pop the hood and it’s a free-for-all in there. And to an overwhelming degree, animal physiology has shaken out the same way.

In creatures as in Chryslers, external bilateral symmetry—a trait shared by 99 percent of the world’s animal species—just makes sense. Most obviously, it’s good for locomotion: it helps us walk, run, swim, or fly in a straight line, pivot quickly and reliably, etc. But there are plenty of further theories about the adaptive nature of the external body plan, as it’s called: some relate to partner selection (a more symmetrical appearance could imply better genetic well-being), others to self-defense (symmetrical placement of eyes means a prey animal doesn’t have a blind side).

Once within the abdominal cavity, however, aerodynamics and attractiveness count for zilch. It makes for a more efficient body to have the inner workings crammed in as compactly as possible, symmetry be damned, and in fact that’s how they evolved.

But there’s another question here: what causes the organs to actually grow asymmetrically? Bilateral symmetry is the default condition for most organisms, the state we all start out in. The nascent human embryo is symmetrical, and remains so until . . . something happens: first the heart makes its way to the left and develops asymmetrical features of its own; the liver and stomach rotate into place on the right and left respectively; and so forth.

This process, known as left-right symmetry breaking, is directly observable in the viscera at around six weeks, but how it all gets going was something that had been bugging scientists for ages.

As one biologist put it about the difference between left and right, “I know what it is, you know what it is, but how does the embryo learn what it is?” Only in the last couple decades has anyone been able to zero in on an answer.

Symmetry breaking seems to originate in an embryonic region called the node; in mice the node is a notch on the embryo’s outer surface where the cell walls are lined with hairlike structures called cilia. Typical cilia just wave or whip back and forth, but, as reported by Japanese scientists circa 2005, these nodal cilia twirl around clockwise, and they’re attached to the cell wall at a slight tilt, and together that’s enough to direct the fluid surrounding the embryo in a leftward direction.

It’s still unclear exactly what happens next: it may be that some unidentified molecule in the fluid acts as a chemical trigger that’s distributed unevenly over the embryo, or the embryo may react to the directional force of the flow itself. But either way, certain key genes are then expressed on the embryo’s left side but not the right.

Anything going haywire with symmetry breaking, therefore, can result in abnormal development. Figuring out the mechanics underlying the symmetry-breaking process will help doctors understand human congenital afflictions like heterotaxy syndrome, in which left-right troubles result in organs being doubled, misshapen, or nonexistent.

This can manifest as any of various malformations of the heart, in conjunction with other defects like asplenia (no spleen, which is supposed to be on the left side) or polysplenia (spleens on both sides); misaligned intestines; or annular pancreas, where the pancreas wraps around the small intestine and chokes off the passage of food.

The symmetry-breaking problem you’d want, if you had to have one, is what’s called situs inversus totalis, in which organs develop in the chest and abdomen in a perfect mirror-image configuration.

Here, because everything is correctly formed and positioned relative to everything else, it’s really no big deal in terms of down-the-road complications. In fact it can go undetected until a doctor does a stethoscope exam, at which point the double-takes ensue.

If you’ve always figured that at least your heart’s in the right place, it can be a real shocker to find out it’s not. 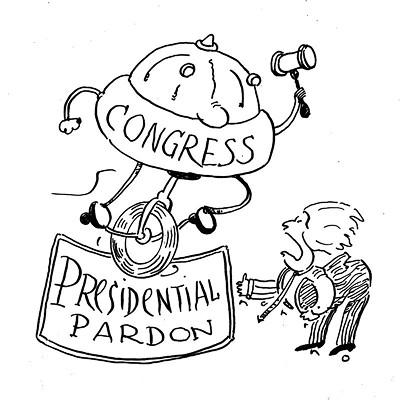