Why do English singers seem to lose their accent when they sing?

Why do English singers seem to lose their accent when they sing? — Bruce Koch 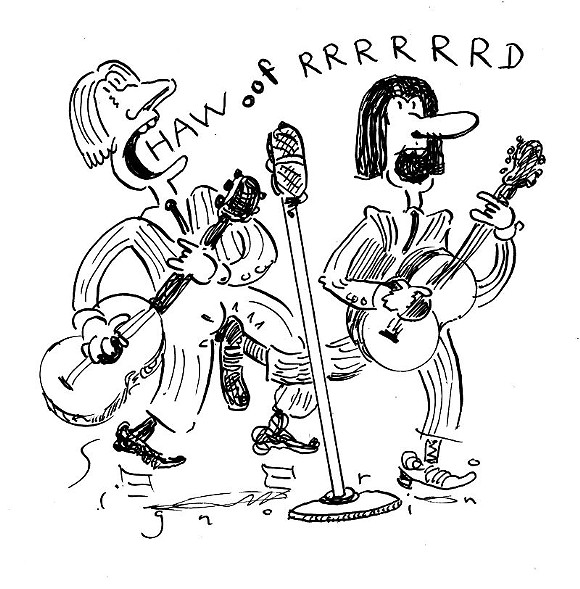 THE phenomenon of British singers adopting what’s perceived as American-style pronunciation has attracted inquiry at linguistics departments around the world. Generally experts agree that what we’re hearing is in part a stylistic choice by the singer, but the mechanics of singing appear to play a role too.

We may think of Brits’ singing like Yanks as a development of the rock era, but Swiss linguist Franz Andres Morrissey has traced this tendency back to jazz singers in the 1950s and earlier. To sound American following World War II was to sound cool and contemporary, and this remained true in the ’60s, when young Britons were styling performances after rock ‘n’ roll artists like Chuck Berry and Elvis Presley or, as in the case of groups including the Rolling Stones and the Animals, blues singers like Muddy Waters and Howlin’ Wolf.

As John Lennon commented long after the fact, “Any major star in England had to change his voice. They do it too in America to get on TV and radio.”

Earlier this year in a Brazilian linguistics journal, researchers Mariana Backes Nunes and Julia Nunes Azzi compared the vocals on the 1963 album With the Beatles to those on 1967’s Sgt. Pepper’s Lonely Hearts Club Band, focusing on how the Fab Four sounded two key consonants: r, which in the standard UK dialect known as Received Pronunciation gets dropped when following a vowel, but is pronounced in General American English; and t, which is more fully articulated by most British speakers than by Americans, who often render it as something closer to a d —”liddle” rather than “lit-tle.”

What the authors found was the Beatles always tended to mix and match UK and U.S. consonants—in the Sgt. Pepper’s song “Getting Better,” Paul McCartney repeatedly uses the U.S. t in “getting,” then the British t in “better”—but in 1963 they were using more American sounds, whereas in ’67 they were sounding more predominantly English. Having conquered the musical world for Britain, the authors propose, the Beatles no longer felt the need to imitate anyone.

Is it just easier to sing rock music in an American accent? Professor Morrissey suggests that certain sounds associated with the General American dialect are more conducive to mustering vocal power needed to compete with the volume of an electrified band—the aforementioned American t, for instance, doesn’t restrict the passage of air the way the British version does. On the other hand, a rhotic r (i.e., the undropped kind) is harder to sing than a non-rhotic one, so the early Beatles weren’t doing themselves any favors there.

But the phonetic demands of singing may generally tend to eradicate accents. As the British linguist David Crystal has pointed out, the melody and lyrics of a song impose their own cadence, replacing qualities like speech rhythm, intonation, and vowel length that would ordinarily distinguish the singer’s natural speaking accent.

Supplying evidence, a Canadian grad student in cognitive science reported in her master’s thesis last year that non-native English speakers’ accents were harder for listeners to detect when they sang “Twinkle, Twinkle, Little Star” than when they read aloud from a book.

And a pair of Polish PhD candidates, Kamil Malarski and Mateusz Jekiel, argued in 2016 that rock singing may be a dialect of its own. They picked six well-documented lead singers, three British, three American, and analyzed both their singing and speaking voices for rhoticity—again, the tendency to pronounce r rather than drop it.

Results? The Brits exhibited no rhoticity in recorded interviews, but in performance they articulated nearly a quarter of the rs they’d ordinarily have dropped; meanwhile the Americans, who all scored at 100 percent rhotic in ordinary speech, managed only 41 percent rhoticity with a microphone in their hands. So maybe it’s not that UK singers sound American so much as that many UK and U.S. singers have adopted a common accent.

It’s also true, though, that the Americanized British vocal style has become less prevalent since the heyday of Led Zeppelin. Punk rockers of the ‘70s, new-wavers of the ‘80s, and Britpop bands of the ‘90s all made a point of singing with their native accents on proud display.

Perhaps once the sun began to set on the American century, our accent seemed less cool and contemporary. Current events certainly suggest some reasons why this might continue to be the case. cs

Speaking of The Beatles, Linguistics 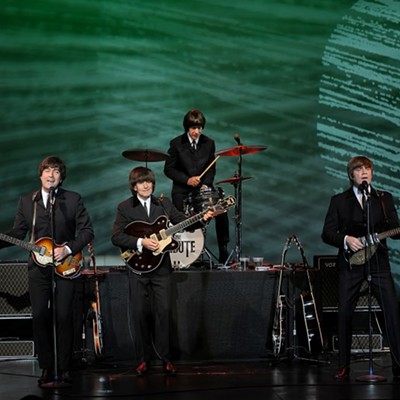