Why does South America grow all the coca?

All lucrative plants are grown in multiple locations, as far as I know. So why is coca only cultivated in South America? —Pardel 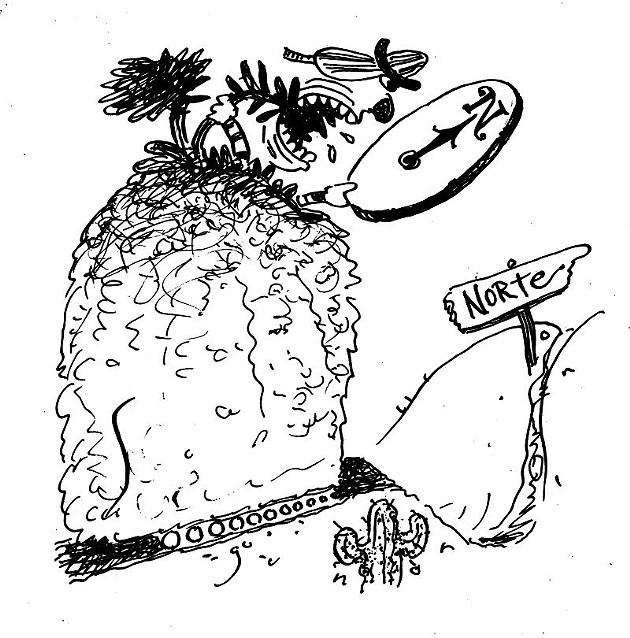 COCA’s well adapted to its native environment, but with a sufficiently green thumb you could grow it in a variety of climes. As to why you don’t see it much beyond South America in practice, you’re looking at the usual historical contingencies: colonialism, drug panics, international conventions, world wars, yada yada.

Hailing from the genus Erythroxylum, coca’s indigenous to the Andes, where for millennia people have been cultivating a few species whose leaves they chew as a stimulant. Anthropologists theorize that chewing coca may offset adverse effects of high-altitude life.

And for most of history there wasn’t any overwhelming incentive for the practice to spread downhill: as an intoxicant, coca leaf packs no more punch than a strong cup of coffee. Spanish colonists in South America paid it little mind, being understandably focused on things like gold and silver.

Thus it wasn’t until the late 1800s that coca really showed up on the world’s radar, once German chemists managed to isolate and purify its active ingredient, the alkaloid cocaine. Western doctors used it topically as an anesthetic, but saw serious potential in its stimulant properties. Sigmund Freud, a big fan, touted it as a potential cure for ailments from depression to asthma. Its tendency to induce feelings of exhilaration and euphoria didn’t make it any less popular.

Unregulated cocaine found its way into legit pharmaceutical practice and dodgy patent medicines alike (not to mention one extremely well-known soft drink). By 1900 the U.S. was importing 1,000 tons of coca a year from Peru, the major supplier until other countries got hip. The Dutch become dominant players, growing coca in the East Indies and processing it back in Amsterdam. The Japanese, meanwhile, started plantations on what’s now Taiwan.

But it was the U.S.—the “prime mover” in the changing fortunes of cocaine, according to drug-trade historian Paul Gootenberg—which in the early 20th century began an international drive for cocaine prohibition. By this time, addiction problems had become impossible to ignore. Valid public-health concerns intermingled with a good old American moral freak-out (remember, we prohibited alcohol around then too). The result? “In one generation,” Gootenberg writes, the view of cocaine in Western medical circles went “from a possible modern panacea to an unscientific ‘mania.’” The U.S. restricted the drug at home and leaned on other nations to crack down.

It took a while, but we got our way. The Dutch weren’t thrilled about dismantling their state-run coke works, but they eased off the throttle. The final blow to legitimate global coke production was World War II, which scrambled national industries, finished imperial Japan, and cemented the U.S. as a global superpower.

Per Gootenberg, the year 1945 “marked the complete shutdown of any autonomous cocaine networks that had persisted before the war.” The German and Japanese pharmaceutical infrastructure lay in ruins, and U.S. occupying forces were in position to implement America’s anti-drug stance. Coca cultivation had effectively been driven back where it started: the Andes.

Turning an eye to our southern neighbors, the U.S. pushed coca-eradication policies throughout the hemisphere; in 1961 a UN narcotics agreement pledged to wipe out even the chewing of coca leaf within 25 years. Irony fans will note that this same 25-year period happens to be when America made itself into an enormous customer base for South American coke.

And this morass of conflicting incentives—zero tolerance on one hand, massive demand on the other—meant we spent the latter half of the 20th century playing cocaine whack-a-mole in Latin America: zapping facilities only to send them deeper into the jungle, further into the mountains, over a porous border, etc.

So despite appearances, coca cultivation is on the move. A few years ago a plantation was discovered in Chiapas, in southern Mexico—as far as anyone knows, the first of its kind that far north. “My only question is why it took so long,” one drug-policy expert told Vice News. Chiapas, after all, has got “cheap labor, remote land, and good climate. Add corruption, crushing poverty, and poor infrastructure for other types of commerce and you’ve got a perfect storm.” When you put it that way, we should start seeing U.S. coca in no time.