Why is Asian earwax different from black and white people's earwax?

According to Science News, "If you would describe yourself as white or black, your earwax is probably yellow and sticky. If you are East Asian or Native American, it's likely to be dry and white." Is there DNA or other evidence available to show when this difference arose?—am77494, via the Straight Dope Message Board 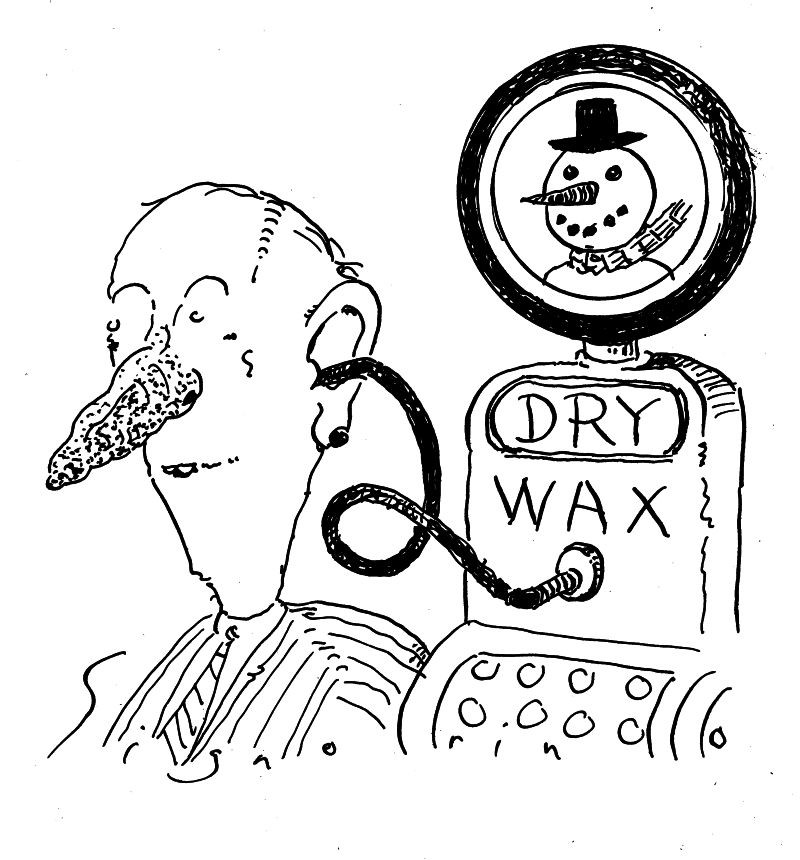 If you’d asked this question not too many years ago, AM, I couldn’t have told you much: we’ve long known there are two types of earwax without knowing a ton more about it.

These are, however, heady times for earwax enthusiasts, as researchers continue to dig out unexpected insights about this lowly substance.

As one organic chemist recently put it, we’re at “the beginning of exploring a new and interesting biofluid secretion that has not been looked at in this manner.” And you thought the future was in self-driving cars.

It’s been understood for a while that the consistency of one’s earwax is a genetic trait, distributed ethnogeographically as your quote describes.

Nearly everyone of African descent and most people of European descent have the yellow-brown, sticky kind, called wet earwax; the dry, pale, crumbly kind prevails in East Asia; in between, in central and South Asia, both types are common.

Since it’s our current understanding that modern humanity first arose in Africa and, starting around 70,000 years ago, fanned out from there to populate the globe, it seemed likely that wet wax was the original kind—the ur-wax—and dry wax the more recent variant. Over the last decade-plus, though, research out of Japan has helped confirm this idea and broken the earwax field wide open:

• In 2006 Yoshiura et al. announced they’d identified the gene that determines earwax type, called ABCC11; when the gene is deactivated, dry wax is the result. Based on the near-ubiquity of the recessive dry form of the gene in Korea and northern China, the authors concluded that this mutation must have originated in northern Asia following the migration from Africa, and suggested that it may have been an adaptation to a colder climate.

• In 2011, Ohashi, Naka, and Tsuchiya added new findings to the ABCC11 story: (1) Using modern prevalence of the dry-wax gene as the basis for probability simulations, the authors estimated that the dry form of the gene diverged from the default wet version 2,006 generations back, or about 50,000 years ago (which lines up well timingwise with the out-of-Africa theory); (2) the speed with which the new gene spread through Asia suggests it conferred some evolutionary advantage; and (3) among modern Asian, Native American, and European populations alike, the dry-wax gene is more common the further north you go—supporting the earlier idea that maybe it helped humans thrive in the cold.

How, though? Dry earwax doesn’t keep you warm, does it? No, no. The key is that the ears’ ceruminous glands, where wax is produced, are basically souped-up versions of apocrine glands, one of our body’s two types of sweat glands; the sweat-producing apocrine glands are found in the groin and armpits, and around the nipples.

So one might guess, as the Yoshiura team did, that the real adaptational action here had to do with apocrine activity and its role in heat regulation under colder conditions. The change in earwax was apparently a kind of by-product.

But it remains an indicative one. Yoshiura et al. noted the longstanding observation that in Asian populations where dry wax is common, sweaty armpits and body odor are rare. Their further research demonstrated in 2009 that earwax type and armpit sweat are strongly associated genetically, and that ABCC11 evidently codes for both.

This all makes sense—the apocrine glands (as you may have guessed from their location) are also the odorous ones, secreting various smelly proteins and lipids, and these are the ones East Asians tend to have fewer of. (The other type of human sweat glands, the eccrine glands, exude mostly water and salt; everyone’s got lots of those.) In a 2006 paper from Korea, where dry wax is the norm, doctors reported that out of 896 patients who’d received surgical treatment for problematic b.o., 860 of them happened to have wet wax.

It’s hard to imagine how earwax knowledge will transform the human experience, but I guess we’ll see. Looking at survey data, a paper from 2013 found that 78 percent of those relatively few white Europeans who have the dry-wax gene use deodorant even though their sweat output probably doesn’t warrant it; the authors suggest personalized genetic profiles could mean “potential cost saving to the nonodorous.”

Elsewhere, scientists at Philadelphia’s Monell Center, a nonprofit institute specializing in taste and smell, are calling earwax “a new frontier of human odor information.” A 2014 Monell study projected that analyzing the odorous compounds in an earwax sample could potentially yield all kinds of information about the person it came from: sex, ethnicity, diseases they have, food they’ve eaten. Gross and at least a bit worrisome, sure, but someday it’ll make for a great episode of CSI: Ear, Nose, and Throat.