“Mystery of the Wax Museum”

“Ida B. Wells: A Passion for Justice”

“The Dawn of Humanity”

FIRST OFF, allow me to sincerely thank all the readers of this column who came out this past Sunday night to the Sentient Bean Coffeeshop to attend the debut installment of my new First-Run Film Series.

It was a small crowd, but between the admission fees and the raffle tickets we sold before the screening for door prizes, we made just enough money to break even on our operating costs for the night.

That means this new series will continue, and once every five or six weeks, the Psychotronic Film Society, Knocked Out Loaded and the good folks at Connect Savannah will work together to present a one-show-only, intimate, exclusive area showing of a critically acclaimed indie or foreign film that has just been released to theaters, but which would otherwise never come to Savannah’s corporate multiplexes.

For advance notice of those upcoming selections (and all other PFS-related screenings), please consider joining our Private Facebook Group at facebook.com/groups/2519522234807695/. Much appreciated!

Now, looking ahead to the next week’s worth of notable “alternative cinema” events, we’ll start on the Southside on Georgia Southern University’s Armstrong Campus. There, on Feb. 19 at the Armstrong Center Auditorium, the school will show director Raúl O. Paz Pastrana’s brand-new documentary “Border South.” 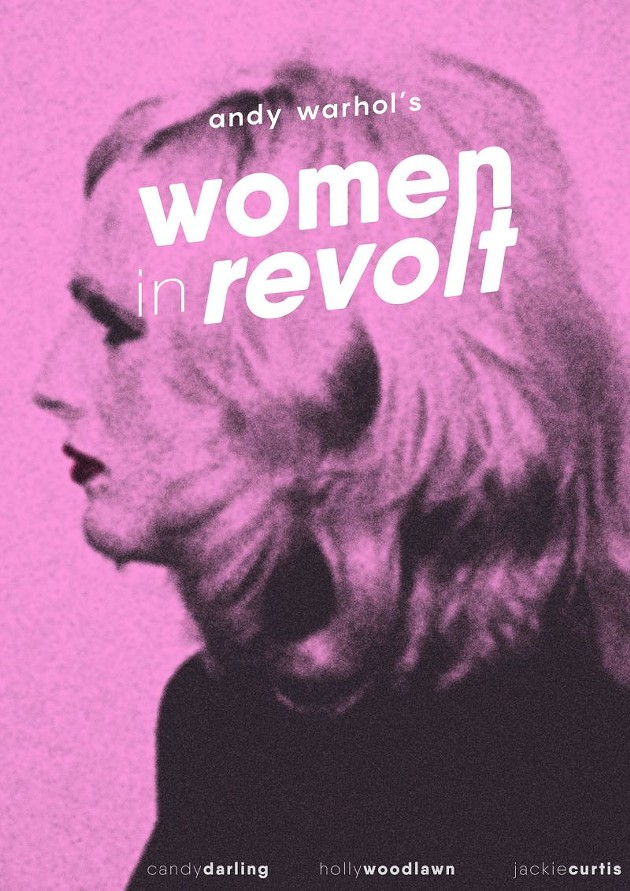 A four-year-long project which allows viewers to follow the same treacherous routes used by migrants who are traveling from Southern Mexico in hopes of crossing the U.S. border, and offers a very unique perspective on those journeys which might otherwise go unseen and misunderstood by those of us not in a position to observe it directly for ourselves. Admission to this film is free to the general public, and free parking is available onsite as well, starting at 5 p.m., with a 6 p.m. showtime.

That same day, the AMC Savannah 11 presents the just-released Japanese anime comedy “Ride Your Wave.” Visually stunning, while simultaneously heartfelt and emotion-driven, it’s the story of a young firefighter who is lost at sea, leaving his young female lover behind to grieve. Most critics seem to agree that the imagery on display in this beautifully crafted film is both beautiful and memorable. In spoken Japanese with English subtitles. 7 p.m. showtime.

Based on the Pulitzer Prize-winning novel of the same name by Alice Walker, it’s an intense and gripping coming-of-age tale set in an impoverished African-American community in rural Georgia in the early 1900s. On this, the 35th Anniversary of its release, it will be shown with a short featurette of added commentary by hosts from Turner Classic Movies. Two screenings only, at 1 p.m. and 5 p.m.

The following day, AMC Savannah 11 begins a two-day engagement of the Christian-themed documentary “Free Burma Rangers.” The film profiles former U.S. Special Forces soldier Dave Eubank and his wife Karen, who, for the past 20 years, have chosen to go directly into conflict and war zones for the purpose of proselytizing their faith in hopes of winning converts in the midst of such deadly chaos. Viewer discretion is advised, as this movie contains scenes of both real and re-enacted wartime violence which may disturb some audience members. Showtimes at 7 p.m. on both Feb. 24 and 25.

Heading downtown, on Feb. 19 at the Sentient Bean, the aforementioned Psychotronic Film Society continues its weekly Wednesday night screenings of underappreciated if not downright obscure feature films from around the globe with a rare public showing of the landmark 1933 horror gem “Mystery of the Wax Museum.”

Directed by the late, great Michael Curtiz (who also made, among other terrific and timeless movies, “Casablanca”), this tale of a creepy sculptor who operates a wax museum in 1920s London stars old-school scream queen Fay Wray (“King Kong”) and Lionel Atwill (“Son of Frankenstein”), and wound up influencing countless later horror and thriller movies, including “The Abominable Dr. Phibes” and the 1953 Vincent Price vehicle “House of Wax.”

One of the earliest color films ever made, it’s actually the last motion picture to use Technicolor’s original “two-color” process, which was replaced with the much more accurate “three-color” version right around the time of its productionWhile most negatives and prints of this rare color version were lost for decades and assumed gone forever, a lone print turned up in the private vault of Jack L. Warner (of Warner Bros. studios fame), and that rescued print is the original source for this special screening. 8 p.m. showtime.

The Dawn of Humanity.

Then, on Feb. 26, the PFS salutes the life and career of the late British filmmaker John Llewellyn Moxey, who directed scores of standout made-for-TV movies, including the amazing, original 1972 pilot film which subsequently launched the cult TV series “Kolchak: The Night Stalker” (the show which would serve as the inspiration for “The X-Files”). In his honor, they’ll show one of his least-known but most revered efforts, the 1976 exploitation flick “Nightmare in Badham Countty.”

Boasting an incredible cast that includes Chuck Connors, Tina Louise (Ginger on “Gilligan’s Island”), Robert Reed (the dad on “The Brady Bunch”) and Dela Reese (who’d later star in TV’s “Touched by an Angel”), it’s a stone gas that’s virtually unknown to this day, save for diehard fans of rough trash cinema. 8 p.m. showtime, with craft beer and organic wine on special during the film, and a full vegetarian and vegan dinner menu.

On Feb. 20, a few blocks from the Bean at The Beach Institute, they’ll continue their educational film series with a showing of the hour-long 1989 documentary “Ida B. Wells: A Passion for Justice,” an in-depth look at the life and times of that early female leader of the American civil rights movement and co-founder of the NAACP.

An educator and investigative journalist, Wells emerged as one of the earliest citizens to document the horrors of lynchings and present those findings to the general public, and is viewed as a pioneer in the fight for equality amongst both subjugated blacks and females.

This doc was originally aired on the Oscar-nominated PBS-TV series “American Experience,” which was produced for many years by WGBH-TV in Boston, and it was directed by the late William Greaves, winner of the prestigious CINE Golden Eagle Award, and the filmmaker responsible for –among other things– the acclaimed 1990 documentary “That’s Black Entertainment.” Admission to this 6 p.m. screening is free.

Moving out to Tybee, the historic, restored Tybee Post Theater continues its lengthy engagement of writer-director Greta Gerwig’s new, award-winning adaptation of the classic novel “Little Women,” with screenings at 7 p.m. on Feb. 20 through 22, and 3 p.m. matinees on Feb. 21 and 22.

The following day, Feb. 23, the Tybee Post shows yet another in what is a long (and ongoing) list of informative, educational documentaries on nature and science, with a special screening of “The Dawn of Humanity.” This nearly two-hour film was initially made for PBS-TV in association with National Geographic and broadcast as part of the esteemed program “Nova” in 2015.

It tells the story of a startling archeological discovery in a South African cave, which yielded an unprecedented treasure trove of fossils. The respected paleoanthropologist Lee Rogers Berger is known for provocative claims and controversial views on mankind’s evolution, and he played a key role in this discovery and the extraction and study of these two-million-year-old fossils. Berger will be on hand in-person at this special screening to introduce the film and answer questions from the audience. 3 p.m. showtime.

Heading out to the nearby Effingham Co. city of Springfield, Ga., their historic, restored Mars Theatre continues its lengthy engagement of the just-released family-oriented reboot of “Sonic The Hedgehog.” Based on the popular videogame, this big-budget mic of live-action and CGI animation stars Jim Carey, and is doing terrific business at the box-office. Showtimes at 7 p.m. on Feb. 20, 21, 22 and 27, with a 3 p.m. matinee on Feb. 23.

Over near the Starland District on Feb. 21, Foxy Loxy Café hosts its regular “Courtyard Movie Night,” which takes place on the third Friday of each month, weather permitting. Held in the restaurant’s back courtyard, the films presented are popular mainstream titles, with the exact selections determined in advance by online vote. No admission is charged, but they do ask that you purchase food and/or drinks while you are there. Be aware: if you’re looking for a quiet and respectful environment to pay close attention to a film, know in advance that the inherent chatter of customers and the ambient noise of this environment may not be to your liking. Showtime is 8 p.m.

And last, but certainly not least, on Feb. 23 at the LGBT Center (just a few blocks from Foxy Loxy on Bull St.), The Look Back, Savannah’s only dedicated “Queer Cinema” series (which takes place at 7 p.m. on the last Sunday of each month) returns after a brief intermission to screen Andy Warhol’s 1971 satirical take on the Women’s Liberation Movement, “Women In Revolt!”

Produced and partially shot by Warhol but directed by his protégé/associate Paul Morrissey (who also directed Warhol’s “Flesh for Frankenstein,” “Blood for Dracula” and “Bad”), this is a low-budget, camp treat starring a trio of trans women who were acolytes of Warhol and members of his Factory entourage, including Holly Woodlawn and Candy Darling.

If those names sound familiar to you, it’s because both were immortalized in the lyrics of Warhol pal (and Velvet Underground frontman) Lou Reed in his later pop hit “Walk on the Wild Side.” As with all installments of The Look Back, admission to this intimate, 35 person-capacity screening is completely free to the general public, as are snacks and soft drinks.

Voluntary donations in any dollar amount are always happily accepted (these go towards the cost of putting on the screenings), but are not required. As I am one of the co-curators of this series, I hope to see some of you there!