Women in the kitchen: Filmmaker shines spotlight on women in the restaurant biz

Despite cooking being considered a woman’s work, men hold more leadership positions than women in the culinary industry.

Recently, filmmaker Joanna James was surprised to learn that only seven percent of chefs are women. Through her life, James was inspired by her mother, Val, a single mom who ran her own restaurant.

It was Val who inspired James to create the film “A Fine Line.” The documentary follows female chefs and restaurateurs, including Savannah’s own Mashama Bailey of The Grey.

James brings the tour to Savannah on Mar. 25 for a screening of the documentary and a reception featuring food and wine from local restaurants including Belford’s, Prohibition and Café M.

James' mother, Val, working the line at her restaurant.

We spoke with James last week.

How did you decide this was a film you needed to make?

For me, it’s very personal. I was inspired to begin this film because I wanted to share my mother’s story. My mother is now almost a 30-year restaurateur chef, so I grew up in the industry, watching her and seeing someone who really loved what she was doing. And she was really good at it, but she faced a lot of barriers just because of gender.

Then, when we found out that less than seven percent of chefs are women, that was shocking to me. We decided to open up the story and hear from other amazing women in the industry and what their experiences were.

It’s interesting where we’re at now in the culinary scene, because if you’re considering traditional gender roles, women are the cooks, but then when you get to restaurants, men are in leadership positions.

I think that’s at the heart of this surprise for everyone. Historically, when this started to happen, it was that once the job [of cooking] got professionalized and you could make money, men wanted to keep it for themselves. They didn’t want women to be involved.

Over the course of time, we see that’s what happened and it became very hard for a woman to move up in the industry. They had to prove themselves double, triple as good. Of course, even today, some of the same issues still are happening, like access to capital or media coverage. But in the course of the five years I stated making this film and getting it out there, I’ve noticed a big difference in the conversation and the recognition of women from awards and media. Things are moving in a good direction.

How are these events set up?

We wanted chefs who were featured in the film to be involved. We wanted to highlight them and have them be a part of the event. We didn’t get to spend much time in Savannah when we initially came to shoot Mashama. And when we first saw Mashama, she was starting out in her career as a restaurant owner. Now that it’s been some years later and she’s doing great, we love the chance to get to sit with her again.

In honor of Women’s History Month, we’re doing an eleven-state screening tribute tour. We go to the communities with the film and we have a really great food and wine reception with lots of local restaurateurs and chefs involved. It becomes a community event, and we recognize everyone’s talent and being involved in the culinary space in those communities. We do a film screening and have a thoughtful discussion on a lot of these issues.

What are some of the things that come up at the discussions?

We’re getting women who are in the industry—and men too, which is great. Women and men alike are part of this conversation on what it’s been like for them and just feeling like they’re in a shared space to get to talk about their experiences and where to go from here. It’s the greatest feeling when women, who some are single moms, say, “That was my story. Thank you for making this film.” It’s really getting ideas going, opening up conversations not just about women in the industry or diversity but about issues that relate to the industry and what we’re all grappling with. Fair wage, childcare, work-life balance, it opens up a lot of important things.

I’d like to circle back to your point about men being involved. That’s especially important now in the face of the Me Too movement and of Mario Batali selling off his restaurants after being accused of sexual misconduct.

That’s really what our mission is all about with this film. What we want to do is create a level playing field, wanting to embrace this effort which is really important. Men are becoming mentors. Men who are already in leadership positions are realizing that there’s a lot more that they can do to be proactive. We’re always happy when they come along and when they approach us saying, “This is what we’re doing at our company.”

That’s why now, especially with the Me Too movement, and specifically Mario Batali because Mario exploited his position, it’s not good enough to just walk away. Men are realizing if they see something, they’ve got to call it out. It’s not creating a dignified work environment, and for more women to feel comfortable, not only to be part of it but to try to feel like they’ve got a voice in that space. It’s got to feel respectful. 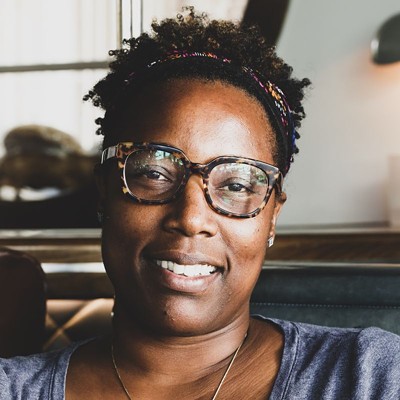