THE Georgia coast boasts beautiful vistas, ecological diversity and sustainable food sources in its miles of beaches and massive marshlands. As rapacious development, monumental tax increases and environmental threats continue to threaten these unspoiled resources, the efforts of several women continue to ensure the protection of and access to these sacred places. 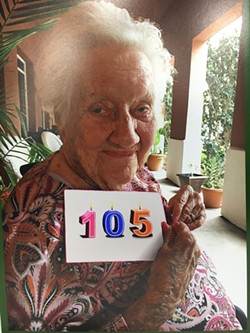 Ossabaw Island’s Eleanor “Sandy” Torrey-West saw the writing on the wall in the 1970s, when she could no longer afford the taxes on the 25,000-acre barrier island owned by her family since 1924.

She had lived among the monumental live oaks, stork rookeries, loggerhead turtle nests, tabby slave ruins and ancient Native American middens since she was a child, later offering up the property as a retreat to artists and visionaries. As her family’s fortune diminished from her generous patronage, developers came sniffing around, eager to clear the thick maritime forests for condos and shops.

Sandy held them off by brokering a deal with the state of Georgia that protected the island and allowed her a parcel of private property so that she could continue living in the 30,000 square-foot, salmon-colored stucco mansion until her death.

Sandy turned 105 last week, and though she is no longer able to live on the island, her legacy remains intact. The Ossabaw Island Foundation (TOIF) manages educational programs and scientific research on the island as part of the Executive Order that preserves its use as an example of land conservation.

In addition to presenting the dozens of programs it hosted in 2017, TOIF celebrated its inspiration’s birthday at its annual meeting on Jan. 18 with a cake and serenade by barbershop quartet The Ossabaw Sound.

(Though she now resides on the mainland, the grand doyenne herself was not in attendance due to the cold weather and a particularly virulent flu season.)

The meeting also recognized TOIF Executive Director Elizabeth DuBose for 20 years of commitment and exceptional service to the island, including leading the collaboration with the Dept. of Natural Resources for 1999’s management plan and overseeing the restoration of the island’s six historic buildings.

DuBose has also masterminded a diverse array of unique workshops and experiences hosted on boat accessible-only Ossabaw, from archeological digs to indigo-dyeing lessons to thorough historical records of the island’s enslaved people.

Along with her husband, Mark Frissell, DuBose often conducts repairs and manages the property with her own hands, making the most of raised funds and carrying the torch for the island as a cultural, educational and environmental resource.

While is does indeed seem like Ms. West might live forever, Ossabaw Island will revert completely to the state after she passes. Even at 105, she continues reiterate how important it is that citizens continue to fight to keep the island undeveloped.

“She still says it, ‘Don’t trust ‘em,” says her longtime friend and The Woman Who Saved an Island author Jane Fishman.”

“She would say, ‘You’re my army. You have to continue this work after I’m gone.’” 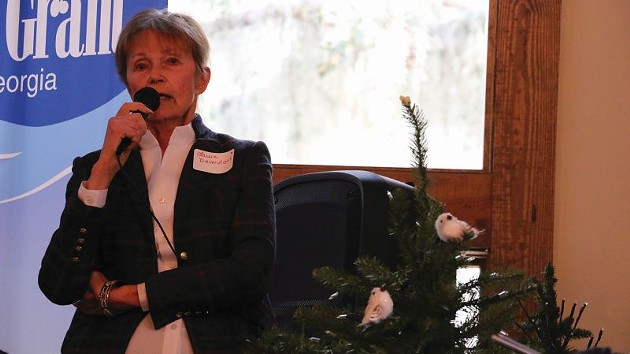 About 20 miles south of Savannah, conservation efforts have resulted in the protection of another historic piece of land. The 500 acres known as Springfield Plantation was deeded in 1755 to John Baker from King George II, and the estate grew as subsequent generations acquired surrounding tracts.

The current property boasts 9400 acres, a few hundred dedicated to a sustainable forestry business with an eye on water conservation and a prosperous small farm.

For decades, Baker descendant Laura Devendorf and her daughter, Meredith, have worked to maintain ownership and oversight of the property, fighting developers with designs on the marsh views as well as phosphate digging proposals in the tidal basin. The women have centered their entire lives around preserving the land, winning national recognition for tree and land management.

The Devendorfs also celebrated a major conservation milestone in January with the announcement that 5300 acres—more than half of the total property—has been put under permanent easement through a partnership with Georgia Sea Grant, the Southern Conservation Trust and the Georgia-Alabama Land Trust. Plans to protect the rest of the land are in the works.

“We retain the title, but we give up the right to develop it,” explained Meredith at a Jan. 6 luncheon where attendees enjoyed Hoppin’ John made with Carolina Gold rice and heritage peas grown on the property’s farm.

The land trust partnership is the brainchild of Laura, whose passion for preserving land and keeping it accessible are in her blood. She absorbed her love of nature from her mother, Martha Jefferson Randolph Stevens, who lived at Springfield and purportedly knew how to skin a rattlesnake. 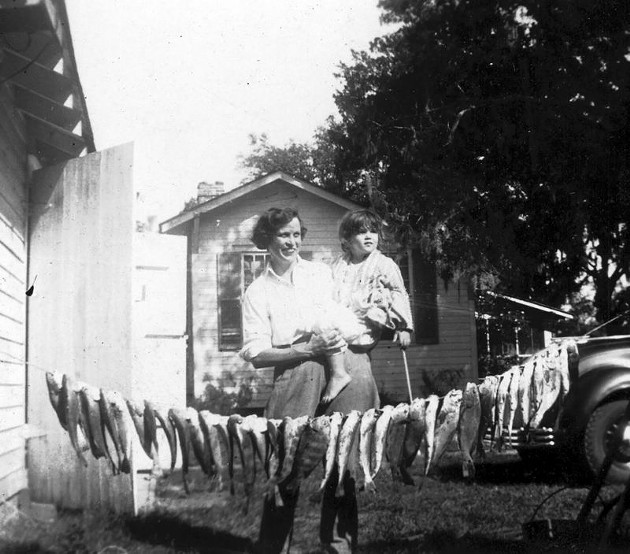 In 1947, her father, shipping magnate John Porter Stevens, concerned how segregation kept the local African American community from any public marshlands, designated 12 acres of family property to Liberty County for their use.

“That was our family’s first public act of conservation, and we believe everyone has the right to access undeveloped land,” remarked Laura, adding that Springfield has a private cottage for rent and will offer kayak trips, hikes and other programming in 2018.