Women’s Empowerment: Why girls and math add up 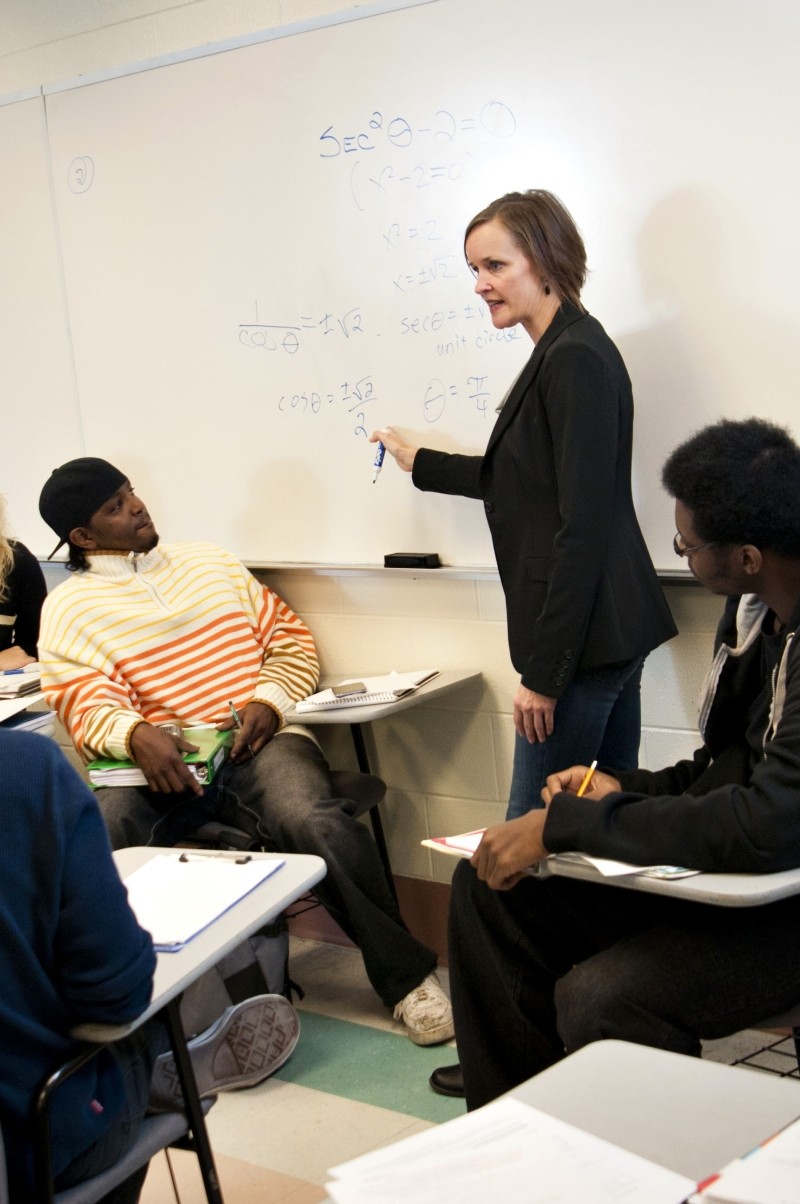 As a loyal Steelers fan, devoted mom, and one heck of a ballroom dancer, Dr. Hessinger defies the stereotype of the typical mathematician—and that’s exactly her point.

MARCH is Women's Empowerment Month, and Armstrong State University's Office Multicultural Affairs and Gender Studies has lit up the campus with a host of relevant lectures and provocative panel discussions.

From black feminist ideology to transgender politics, no topic goes unturned as Armstrong faculty members explore the accomplishments of women and show how to create a more equalized world for the girls of tomorrow. All events are free and open to the public; view the full schedule at Armstrong.edu/women.

On Wednesday, March 25, mathematics professor Dr. Sabrina Hessinger will tackle the hottest subject going: Why women are persistently underrepresented in math even as the other STEM fields—science, technology and engineering—are becoming more balanced.

As a loyal Steelers fan, devoted mom, and one heck of a ballroom dancer, Dr. Hessinger defies the stereotype of the typical mathematician—and that’s exactly her point. 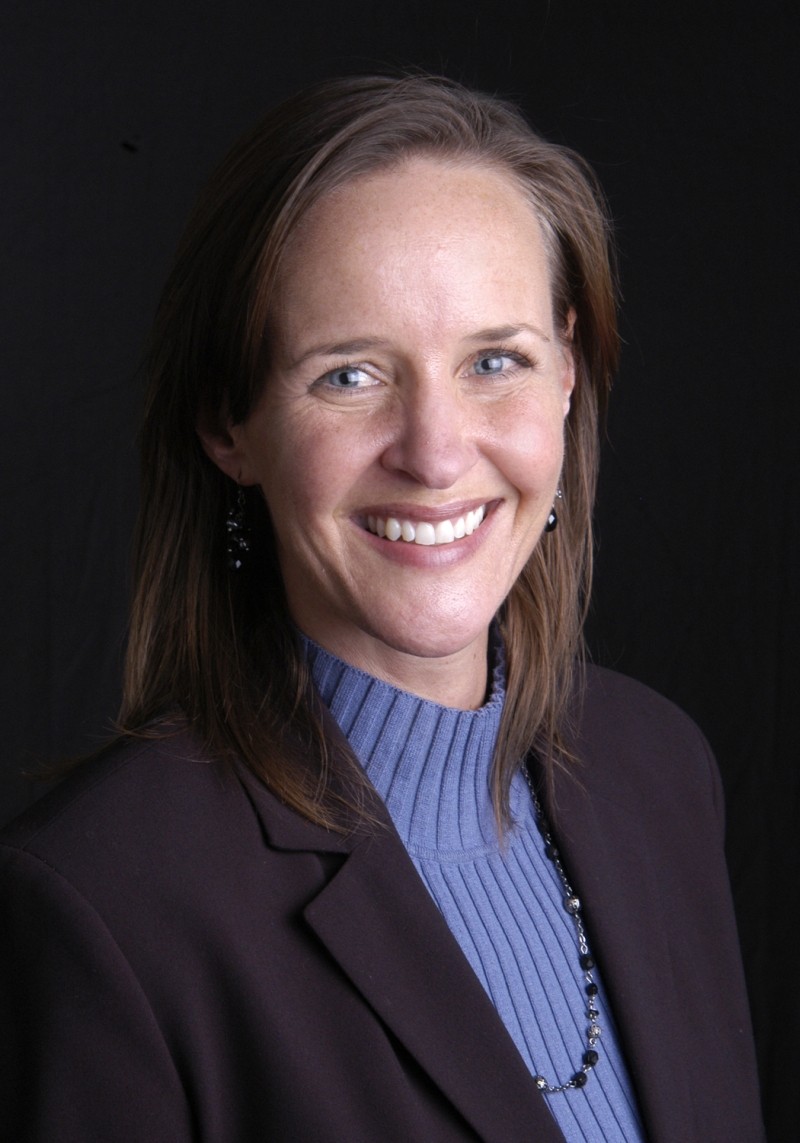 So why are women so underrepresented in math?

Dr. Sabrina Hessinger: Well, there are four interrelated reasons. The first reason is the persistent misconception about the differences in cognitive ability between girls and boys. There aren't any, but the misconception is based in historical context because girls weren't even given educations up until not that long ago!

The truth is that girls are actually outperforming the boys now. Girls take the equal amount of science and math credits in high school as boys, and their average STEM GPA is a 2.76. The boys’ average is 2.56.

Reason No. 2 is that girls are still discouraged to pursue careers in mathematics and physics. That’s still really widespread—and it’s because of Reason No.1, the misconceptions in cognitive ability.

For example, I was once told by an advisor in grad school not to take Calculus II because he was worried it would bring down my GPA.

SH: Right?! But my confidence was already built up, so my thought was, I clearly need another advisor [laughs].

Reason No. 3 there aren’t more women in the field are the negative stereotypes about mathematicians. Besides being perceived as dry, serious people, the stereotype excludes not just women, but Hispanics and other minorities, basically any group that is not non-white male.

But most mathematicians have a creative or artistic side. Of course, I didn’t know that until I became one.

That’s why I really love my department at Armstrong—they’re a big reason I chose the job. Three of the five are avid kayakers. One plays guitar in the band Rockalicious, and we all go out and hear him play a couple times a month. Another one is a marathoner. And I study Latin ballroom dance.

But what happens with the stereotypes is that women and minorities cannot imagine themselves in the position of mathematician because they don’t fit what they’ve seen.

Which leads to Reason No. 4: Lack of role models. There just aren’t enough female mathematicians to be visible, and we have too much else to do.

So when you get down to fourth reason, you’re back at the beginning again. It’s a circular issue.

What are the solutions?

SH: One of the solutions is what we're engaging in right now: Community awareness that stereotypes need to be broken, that girls have the same abilities as boys, and that there is still discouragement happening.

Another solution is exposure in middle school to female mathematicians, and then exposure in high school to the variety of careers in math. And I’m not talking about just teaching—we need to see women in all kinds of jobs doing math.

What drew you to math?

SH: My mom started me in a gifted program early, which helped me learn to really like school. And in fourth grade I had a math teacher who just loved math.

Then in 7th grade, I had another female math teacher who was super, super smart and gorgeous. That made a difference to me—I was a dancer, very girly-girl, and now I saw someone I could relate to, who had total style.

She pushed me and gave me an edge—by the time I got to high school, I was two years ahead.

Are there any historical female math role models?

SH: Yes, I'm going to talk about them in my lecture! There's Hypatia, the first female mathematician who lived around 400 A.D. She was also an astronomer and a philosopher and was head of the Neoplatonic School in Alexandria.

Another example is Emmy Noether, the famous German algebraist—not the kind of algebra most people think. She was a ring theorist who totally influenced theoretical physics.

Surely part of the problem is that most of don’t know what math is good for besides balancing a checkbook.

SH: The reason that people think math is so boring and dry and tedious is because you really don't get to anything cool until calculus. Well, except maybe statistics. That's pretty cool, too.

I’m a theoretical mathematician. If something has an application, that’s great, but it’s not necessary. Mathematicians want to find out things that are true, regardless of whom it matters to.

It’s logical and creative at the same time, because we’re problem solvers.

So what are some of the applications?

SH: With just a couple of years of mathematics under your belt, you can do 3-D computer graphics—that's all linear algebra. It's a sophomore level math class, I teach it. You could also model how quickly you can dye the Forsyth Park Fountain green or how long it takes to cool a cup of coffee.

You can also do modeling for companies, optimizing profits, minimizing costs. Why do you think all soup cans are the same size? Because someone proved it was the optimal use of materials.

You could work for the NSA or figure out pressure on a submarine...and leopard spots—how they generate in different regions? That’s math!

Mathematics is all about problem solving. So you can get hired to do just about anything because of the way you’re able to think.

Is there any theorem or problem that’s confounded you? Do you ever get stuck?

SH: Getting stuck is what math is all about! Being a mathematician means learning how to get yourself unstuck.

There’s no being stuck. Unless you find out you’re wrong. Or if you disprove something you thought was true. And then you’ve just proved something so you’ve still generated knowledge [laughs].

You make math sound very exciting! Now that medical schools and other STEM-related academics are seeing higher rates female enrollment—half in some cases—do you think math will catch up soon?

SH: It will, by implementing solutions. Already, the top achievers in mathematics—we're talking the top .01 percent, the biggest brains—have gone from a 13:1 male-to-female ratio male to 3:1. That's even with all the discouragement!

I’ve been involved in this issue since I started grad school in 1990. I’ve participated in a formal mentoring program for 7th and 8th grade girls and supervised a whole math summer camp.

After I finish up the grants I’m working on, which are mostly about helping K-12 teachers, my next thing is to do programs for 10th grade girls and mathematics for the state of Georgia.

What’s your advice to girls who are interested in math?

SH: That things aren't supposed to come easily. You don't have any brain building that way. You build your brain by thinking hard.