QuoLab’s annual weekend event is back!

For the last three years, Savannah DIY queer safer space QuoLab has hosted a variety of local and touring acts at their annual weekend festival. While there are less days and less acts for 2017’s festivities, the event is growing and transforming.

Thanks to a generous influx of submissions, the ‘Lab will welcome both regional, national, and international artists this year. On two stages over the course of three days, returning artists and new faces will share their art with audiences.

“This year is slightly smaller than last year,” explains QuoLab facilitator Raine. “Which is cool!”

“It’s semi-intentional,” adds fellow facilitator Greg Hornak. “But it’s also the way it worked out. It was great last year, but I think having more space and a little more room to work in will be great.”

Since its inception, QuoLab has created a performance space that centers the work of queer, gender variant, POC and femme performers. They’ve made lots of friends along the way, and many performers plan their tour routes so they can return to Savannah.

“This year, we had a lot of interest with people applying, especially with people we’ve worked with in the past and who have performed in the past,” Hornak says. “There’s a lot of people that are not at this festival that were at previous ones just because we have so many different acts this year. In order to make sure the people who do come in get paid fairly, we’ve had to actually say no to people.”

It was a pleasant surprise when W3SMF received an inquiry from Coasters, an artist from Norway.

“It made it more international, big and bombastic,” smiles Hornak.

“I don’t think anyone’s necessarily headlining,” Raine says. “They’re all great, and I’m excited for all of them. They all deserve to headline!”

As of late, QuoLab has been booking a large amount of solo acts, and the festival is reflective of that.

Some artists, like Kudzu, have performed at Quo in the past and are returning to share new material under a different moniker.

“Sometimes we have the same people, but sometimes they go under the radar and don’t play for a while then come through with new material,” says QuoLabber Christian Deveaux, whose project The We4p0n performs on Satuday. “I think it’s pretty cool. You can watch them grow and see them become a new artist.”

The festival spotlights many new rising local artists, which QuoLab’s organizers are looking forward to showcasing.

“A lot of people on this year’s music festival either hadn’t started playing music last year or we hadn’t picked up on them by that time,” says Hornak. “Then, just in the past year, people like Vacant Flowers, Too Much, CatAnus, Wailin Oughts, have just kind of been playing a bunch of shows here or we’ve seen them at things around town. We’re always in this process of figuring out who’s coming up in the scene. I feel like it’s tough because we’re missing people who haven’t heard about us because we’re super under the radar. And we’re looking for under the radar people! It gets a little challenging being like, ‘Wait, where are you, where are the new performers in the city?’”

Many artists have found their way to QuoLab, grown their craft, and discovered a community in the venue. While maintaining a low profile, the DIY establishment has become a scene staple. By carving out that presence, the public is understanding QuoLab’s mission to create visibility for marginalized perspectives.

“People who think it’s a party don’t show up anymore,” laughs facilitator Taylor Qualls, remembering the days when college kids would mass-text QuoLab’s address, thinking they were about to enter a house party rager.

“I remember the last time that happened, a few of them actually stuck around and became a part of it,” Deveaux recalls. 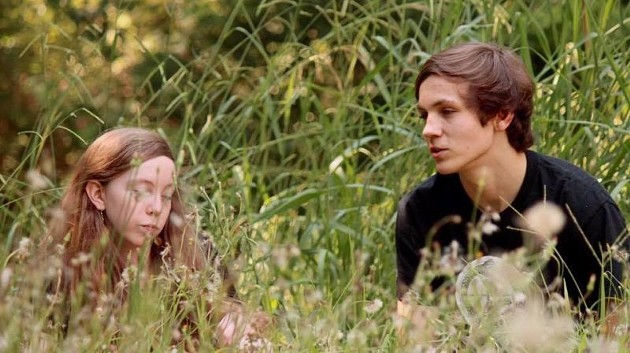 “We have Savannah Comrades giving a workshop on anarchism and Marxism,” Qualls says. “We’ll be having a natural dye workshop and an intentional crystal gridmaking workshop.”

The latter welcomes participants to bring non-crystal objects that are energetic and mean something to the owner.

As an intentional space that centers queer, gender variant, POC, and femmes, Quolab encourages attendees to be aware of the energy they bring into the space.

“In other spaces, you don’t necessarily have to check what’s intended for you, but a lot of the people who are coming here are used to doing that all the time,” says Qualls. “This switches a little of it—a lot of it.” 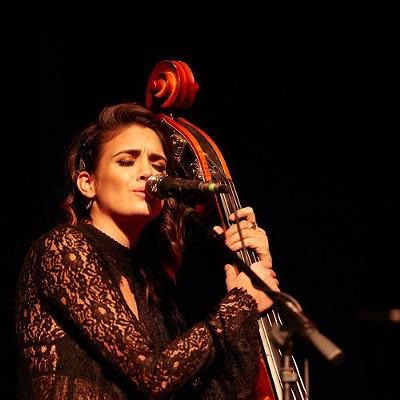