WRUU Savannah Soundings radio focus is on celebrating Savannah's creative depth and diversity, and providing programming to unserved or underserved community groups. WRUU is an all-volunteer station. Stream them at wruu.org or listen at 107.5 FM

What in your background or interests led you to wanting to curate a radio show? Have you worked in radio before?

Music has always played a major role in my life in one capacity or another. WRUU has been my first official on-air experience, but DJ Spooky really began in New Jersey in the early '90s. My 6-year old-self, dressed in a variety of Halloween costumes, toy microphone and Beetlejuice doll in hand frequently took to the living room to announce music videos that appeared on MTV.

As any good host would, I also rewarded my onscreen guests by feeding them cookies through the VCR, which at the time I imagined was the TV’s mouth. That, as you can probably imagine, did not go over well.

I used to get really excited and jump around on the furniture when my favorite song “I Love Rock N’ Roll” by Joan Jett came on MTV. I remember begging for a leather jacket like Joan’s, which I never got. Not much changed all in all, except I now have that leather jacket, and I don’t feed my guests.

At 10, I got my first guitar, a Fender Stratocaster (90’s, I know). This eventually lead to me forming and performing in several bands over the years, and in the process I picked up bass and drums as well. When I was around 12, I had this Sony boombox that I used to plug a mic into and record curated cassette tapes, and give them to friends. I’d add in random facts, tidbits or just weird sound bits into those recordings.

Eventually, I got a four-track recorder. That’s when stuff got really weird. I would gather household items such as hair combs and overlay sounds from them onto bass or guitar riffs I pre-recorded. Then bring that sound bit over to the boombox and incorporate commercial radio recordings. Looking back, that was definitely a preview of my future radio days.

Tell us about Rigor Mortis and what you’re trying to accomplish with the show and its content. How does it stand apart from other dark/chill/EDM type shows on WRUU?

Rigor Mortis feeds your weekly desire for curated playlists that consist of old and new rock. I love just really dark folky music, and all of this has really led me to curate playlists that some weeks can really appeal to those earlier areas of interest, then sometimes, it just gets spooky. Other times the energy and angst pick up a bit.

It’s really just a reflection of what I am into that week. Rigor Mortis has morphed into a show of spooky dark rock music. DJ Spooky is set to haunt your speakers every Thursday evening from 9-10pm.

What are your goals each week, both for yourself and for the listeners?

How specifically did you get involved with WRUU and what has it been like working there?

I moved down to Savannah from the NJ/NY metro area to attend a Masters program at SCAD and I saw an advertisement asking for volunteers to host a radio show. I attended an information session and started my first show two weeks later after training. I’ve been with WRUU since 2016. At that time we were streaming only and it has been a truly exciting journey to see it grow into what it is now.

I took a chance and I am glad I did because WRUU has brought a lot of great people into my life, with similar passions for music, and doing great things within the community.

What have you learned so far by doing the show that you didn’t expect to be learning?

Doing this show has also helped me with my storytelling skills. And that trickles over into finding music flows that work, sort of like painting with sound. Some weeks I want to experiment with softer sounds, and others I want to explore heavier.

Sometimes I deem it fun and necessary to add sound effects or clips into my recordings, influenced by my earlier years tinkering with sound clips and cassettes. I invite listeners along with me on the journey.

Feel free to add anything else you think is important or appropriate.

I love bad puns! Send me puns at

RigorMortisWRUU@gmail.com. If it is radio appropriate, I will share on air. 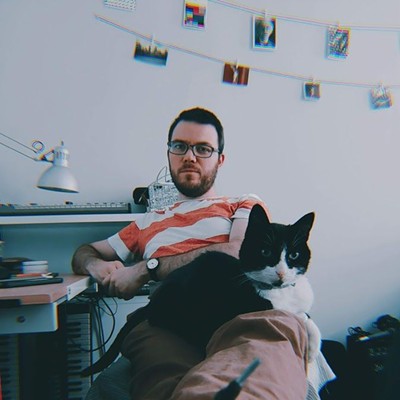 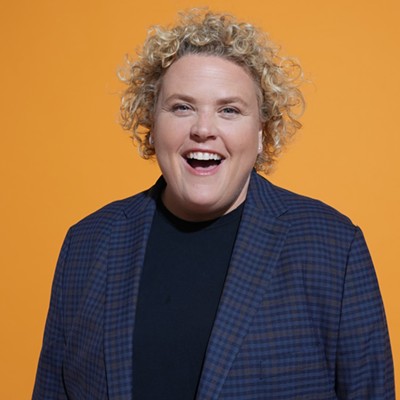