Shows that are etched in our memory

WITH CONCERTS happening almost every night of the week, a look back at the last year in music is quite the blur, but there were certainly some shows that are etched into our memory. Take a look at the 2015 music calendar with us, and let’s raise a glass to more fantastic shows in 2016!

The legendary A-Town Get Down headliners made a diverse crowd rise to its feet in a powerful performance of spiritual music. 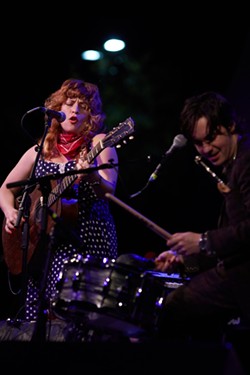 Okay, it's cheating, but with Savannah Music Festival, Savannah Stopover, and spring tours, March is the month for music in Savannah—we couldn't pick just one!

Natalie Prass lit up Hang Fire on the verge of her big break: the Nashville songstress’s name is ever-present the year-end lists of music critics. She finished her Hang Fire set climbing all over the stage and floor, belting out a Supremes cover—if we hadn’t fallen in love with her yet, we sure did right then.

Stopover had another wild year: blistering Spanish trio Capsula destroyed at The Jinx, Southern Culture on the Skids welcomed everyone at Charles Morris Center with flying fried chicken, Parlour Tricks brought their gleaming pop to Trinity United Methodist Church, and Terror Pigeon! created an interactive dance-party-love-fest at Club One.

April showers brought in Kittenfest, an all-ages music festival right over the bridge. While the festival, which highlighted prog, folk, rock, hip-hop, electronic, punk, metal, and more, may not be back in 2016, it was a fun weekend among the swamp and trees while it lasted.

Weird, wild, and unexpected, the fabulous bizarro world of Man Man came to Savannah for the first time, courtesy of MusicFile Productions.

The prolific (and super-nice) Canadian punks played an impassioned set at Southern Pine Company for an all-ages crowd.

While word got around at the end of the night that the beloved downtown bar was granted an extension on their lease, Hang Fire's big closing party was unlike anything the venue's seen before, with a line wrapped all the way down Congress Street. From late afternoon to early morning, Superhorse, Triathalon, House of Gunt, Carpet Coats, and more bid farewell to the little stage. While they won't be at their Whitaker Street spot in 2016, word is the bar's moving to a new location and big things are on the horizon. 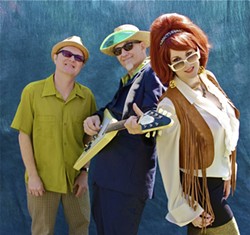 Southern Culture On The Skids

The down-home fest at Georgia State Railroad Museum boasted great food, good brews, and tunes from the likes of Fruit Bats, Southern Culture on the Skids, Those Darlins, and more.

Savannah's sharpest players, including Eric Culberson, Laiken Love, Eric Dunn, Ray Lundy, Anders Thomsen, and more united for a tribute to Albert, Freddie, and B.B. King and blew the roof off the place.

It was a bittersweet evening at The Jinx as Cusses played their final-for-now show. Between heartfelt memories, hits, deep cuts, and a loving candle vigil tribute for Robyn Reeder, it was a night to remember.

The holiday tradition was made even more special this year as the Children's Choir celebrates ten years of beautiful singing.