Through a trying year, the Hostess City’s thespians prevailed to present stellar seasons

AT A national and social level, 2016 was a year of significant loss. Here in Savannah, the theatre community lost two vital stages—Ampersand, the downtown restaurant/bar/venue that acted as Savannah Stage Company’s mainstage, and Muse Arts Warehouse, a treasured haven for creative expression that has served the community for seven years.

Muse’s closing, set for this coming February, will be a particular blow because it has been home to so many different performing arts groups. While most of them have already secured new venues – Collective Face Theatre Ensemble, for example, will stage shows in Savannah State University’s Fine Arts Auditorium – the bigger struggle of finding affordable, accessible, stable theatre venues in Savannah remains.

On December 7, the community mourned as Sheldon Pinckney, a Savannah Theatre cast member of 12 years, passed away. The Savannah Theatre ambassador was a light for many, and his memorial service at the Theatre, complete with a marquee reading, “Sheldon Pinckney: A Life Spectacular,” was a beautiful representation of the many lives the Savannah native touched with his kindness and talent. 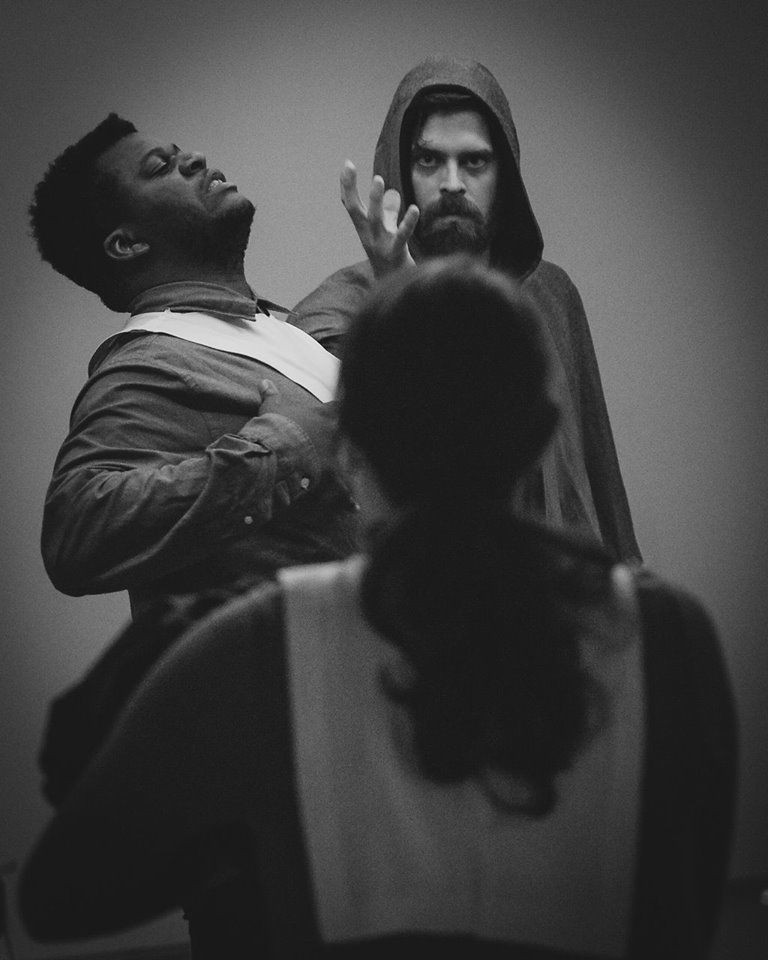 Through a trying year, the Hostess City’s thespians prevailed to present stellar seasons of drama, comedy, musicals, and classics. From Savannah Shakes’ Vietnam-era Henry V to Savannah Stage Company’s innovative adaptation of The Wizard of Oz, our stars challenged and inspired audiences of all ages.

As new stages are sought, 2017 may take some creativity—and as anyone who’s sat in their audiences knows, Savannah’s actors, actresses, and behind-the-scenes gurus have a wealth of that. Here, our local stars reflect on the most memorable, touching, and compelling moments of 2016 under the spotlight:

“A couple of my colleagues make the trip to Savannah (they live in Hilton Head) to support me in the shows.  One of the women I work with brought her husband to see Romeo and Juliet.  He is not a theater-going guy, but after the show he couldn’t stop talking about how much he liked it. Now every time I see him, he asks when the next show is.  It’s a great feeling to spark an interest of theatre in someone who never had it before.” – Ashley Cook, Resident Company Member and Assistant Director of Education, Savannah Stage Company

A tender moment in "The Wizard of Oz"

“It’s been a great year for me with Savannah Shakes. Playing Claudio in Much Ado About Nothing and the Chorus in Henry V at Muse Arts Warehouse before it closes has been an absolute delight. It’s been a wonderful space to work in and I couldn’t have picked better shows to say goodbye to my favorite Savannah venue. Audience response to what we’re doing has been a great pleasure to behold. It’s just so good to see Savannahians embracing and getting excited for Shakespeare. We look forward to ‘shaking’ it up in 2017!” – Travis Spangenburg, Savannah Shakes

““It felt like a lot of moving parts lined up for the Savannah Stage Company’s production of The Wizard of Oz. The musical has always been a tremendous influence within our company, and a source of inspiration to our director, Jayme, so the stakes were high for us. Being our most ambitious show to date and our first musical production as a company, having rehearsed through 100 degree days and bad air conditioning, it was our greatest journey yet, and it was worth every step. The show was a high watermark for our company, selling out every night to an audience that braved the heat to see our show. With the closing of the Ampersand at the end of the month, it was an honor to say goodbye to the loyal venue with our best performance as a company to date. Wherever SSC goes from here, we’ll always have that Emerald City.” - Jack Butler, Savannah Stage Company

“Each night during the opening moments of this summer’s The Wizard of Oz, as Toto would begin barking, I would watch as the audience’s eyes would search for the dog. I would try to catch the moment when they would realize the woman behind the piano, Company Member Ellen Sherrod, was voicing Toto. I would watch them realize this production was truly “like they had never seen before.” That this was going to ask more of them and engage them a way that the typical theatre experience doesn’t. As Artistic Director, my job is to fulfill this mission of this company, and those moments let me know we are on the right track of encouraging growth through imagination and bravery.” – Jayme Tinti, Artistic Director and Co-Founder, Savannah Stage Company

“My fondest memory of this year was from Taming of The Shrew at Armstrong. It was my first time dressed up as a man, especially involving facial hair. My fake mustache fell off during one of our scenes but myself and one of my cast mates made it seem like part of the show. Moments like that between actors are what transform us from coworkers to a community.” – Olivia Quillman, actor, Armstrong State Univ.