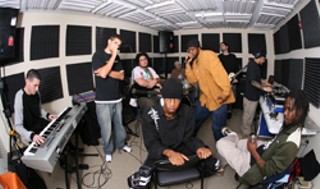 FOR A COUPLE OF YEARS NOW, a large group of rappers, musicians, DJs, break-dancers, promoters and recording engineers calling themselves The Dope Sandwich have been slowly changing the face of Savannah’s live and recorded hip-hop scene.

Initially hooking up for nothing other than the sheer love of classic hip-hop culture, The Dope Sandwich first came to local prominence through their members’ regular appearances at The Jinx’s weekly Tuesday night outlet for alternative hip-hop. Since then, the group’s members have —alone and together— released some mightily impressive ultra-indie CDs, formed a live band to back up their MCs, and taken their show on the road, playing gigs as far away as New York City and parts of the Midwest.

This Friday, the organization throws their most elaborate and inclusive concert event to date. Dubbed The Abominable Snow Jam, and patterned after similar events in other major cities, it seeks to showcase a wide spectrum of positive, hip-hop related art and music — starting with an outdoor, all-ages party featuring DJs, break-dancers, BBQ and the creation of a graffiti mural which will be auctioned off later in the night, after the show moves indoors and becomes an adult, 21+ gig.

Why throw such an event?

John Darling: We’d travel to other cities and our friends were doing things like this once or twice a year. It’s so hard to find this subculture in the regular club scene.

Was it hard to convince out of town acts to take part in the Abominable Snow Jam?

John Darling: Not at all. We’ve played with everyone on this bill more than once in other cities. This is to help establish a legitimate hip-hop scene outside of The Jinx. I mean, thank God for The Jinx, ‘cause that was the only place where everybody could go and actually practice on a stage. But there’s more to us than just a Tuesday night.

Local rap has centered on drugs and crime, whereas Dope Sandwich’s does not. Have you been embraced by gangsta and thug rappers?

John Darling: We know each other and get along fine. There are some standout guys in that scene, like Lo-Key, who you’ll probably hear a lot from. At the end of the day, we’re all trying to sell albums or get paid for a show. But see, for us, this is fun. The crazy crunk southern guys who just talk about money and trouble (laughs), they’re basically businessmen trying to make a lot of dough. And it sounds like it. It doesn’t have any soul. But that’s what they were raised on. We’re all transplants. I’m from New York. We’ve been here for a few years, but our influences are a lot different.

What would you say to convince someone who’s not into hip-hop to see the show?

John Darling: Come to learn about the whole culture. This is designed to be a perfect introduction to hip-hop. Some of us are getting up there. I mean, I’m 30! We grew up with the original shit, and this is a good way for youngsters to get a real taste of bare-knuckles, real-deal hip-hop. 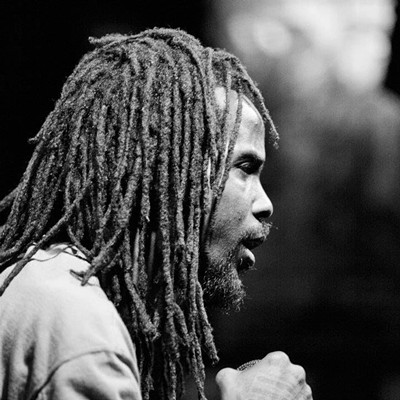