Of course, the glacial speed of book publication at major publishers means that the liftoff of his new novel, centering on space travel, probably had less to do with the moon landing anniversary than with the pace of business.

But I’m sure the Savannah native will take it.

Powers clears the tower with an enchanting work of historical fiction, “First Cosmic Velocity,” at two Savannah events – just two weeks after “one small step” plus 50 years. That’ll be followed by a rocket fueled national book tour on Putnam Press, a bestselling company.

Yes, our very own Zach, a Seersucker Live co-founder, has entered orbit.

(And I promise that’ll be my last cloying rocketry allusion, tempting as it is to continue.)

But again, owing to the slow pace of publication, he wrote the book in Savannah, mostly sitting at Gallery Espresso.

“My initial inspiration was a conspiracy theory that I invented,” he says.

Like all good conspiracy theories, Zach’s idea, the book’s central premise, relies on a kernel of truth, that being the secrecy that surrounded the Soviet space program. The Soviets wouldn’t announce a rocket launch unless it was successful. There were lots of horrible disasters.

Powers took that truth and went a step further. “First Cosmic Velocity” supposes that the Soviets groomed young sets of twins for their space program. That way, if one twin died in a disaster, as several do in the book, the other twin would continue on as a Soviet hero and the public never would know. The book really immerses you in the time and place.

But that’s not even the book’s best selling point. Powers creates a whole set of characters that grow with you in each chapter, including: Nadya and Leonid, twins separated from their families as kids to become cogs in the Soviet machine; the unnamed Chief Designer, a gulag-tested and morally challenged engineering supervisor; and Kasha, a magical dog.

Magical touches, like the dog, season the book, although Powers says, “Magic isn’t quite the right word. There are too many connotations with the word. But certainly, it does owe to the magical realism of Haruki Murakami,” a beloved popular writer and an influence on Powers. It’s not ghosts and spells. It’s more like the “unbelievable but longed-for.”

Kudos to Powers also for making Nadya, a woman, the first person in space. He said he did it to emphasize the book’s fiction. But it’s also female empowerment.

The first person in space was the Soviets’ Yuri Gagarin. How many of you forgot his name? Or that of Valentina Tereshkova, the first woman in space? We didn’t remember their anniversaries.

Agency, having some control over your life, certainly is another book theme. It’s a great read.

“My dad has suggested that I bring my melodica because it has an accordion sound, like what you might hear in Russian music,” Powers says. 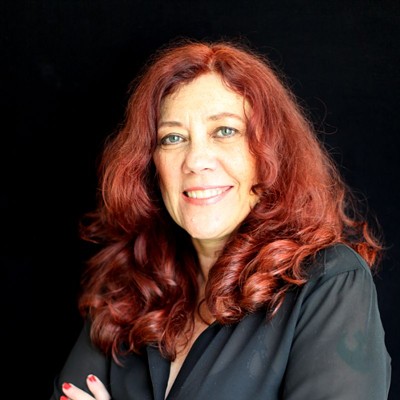 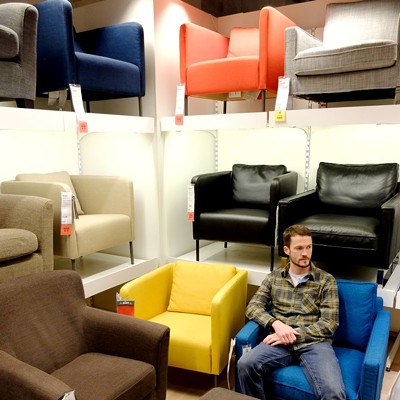 All who love good writing must converge