Zydeco musician Major Handy is a native and resident of Lafayette, Louisiana. He plays the Mars Theatre Aug. 9.

During his 40 years in the business of show, Lafayette, Louisiana native Major Handy has held a lot of titles, including Broke Musician.

It never seemed to faze him, however—for years he owned and operated Handy's Auto Sales and Body Shop, he was a deputy sheriff in St. Martin Parish, and during a lengthy one-man-band run though Canada, his gimmick was to cook up a pot of Cajun gumbo before every show (he's Creole, not Cajun, but heck, money is money).

The zydeco guitarist, piano accordion player and singer performs Aug. 9 at the Mars Theatre in Springfield, in Effingham County. It’s the fourth in a series of six Mars concerts in support of American roots and blues artists through a fine organization called the Music Maker Relief Foundation.

Handy played guitar in Rockin’ Dopsie’s band for a dozen years. “We used to see Clifton [Chenier] and Buckwheat [Zydeco] all the time,” Handy explained to Living Blues. “Clifton was my buddy. He always wanted me to fix things for him. All those guys know each other. Buckwheat played with Clifton for a while, and when he left to build his own band, he asked me to play guitar in his band. I played with Buckwheat for about a year.

“He’s a sweet guy, but I wanted to have my own band. He respects me as a musician. They all do. They know who I am. They know how much I know. They’ll tell you the truth.”

He’d started, as the teenage son of a sharecropper, playing R&B and rock ‘n’ roll. “Otis Redding had come to Saint Martinville to play at the Dew Drop Inn, and he had a band,” Handy said. “To me that was amazing. He had just come out of Georgia. All the hometown folks were there. For some reason, the guitar player couldn’t play.

“They said, ‘Anybody play guitar in the house?’ I raised my hand up. So, I played with him—just like that. And, he wanted to take me on the road with him, but my mom said, ‘No.’ She didn’t want to let her little baby go.”

Major Handy’s not exactly a household name, but in zydeco circles, he commands respect. I have pride in everything I do,” he told Living Blues. “I don’t give a shit what people think. I’m just going to be good as I am. Whatever that is. I don’t know if that’s good or bad, but I know I’m doing the best I can. Every time I hit the stage, I’m going to give it my all.”

Tickets are $15 advance at marstheatre.com, and will be $20 at the door.

And check this out: According to pollstar.com, future confirmed Mars concerts include Karla Bonoff (Nov. 24), California Guitar Trio (Feb. 14) and—really excited about this one—Al Stewart (March 27).

The full schedule isn’t quite up on the website yet, but you should bookmark it: savannahjazzfestival.org.

The immortal talent and ultimately tragic life of the great jazz singer Billie Holiday will be celebrated Aug. 21, as part of Trinity United Methodist Church’s monthly concert series. Billie on Barnard will include more than 20 Holiday classics, performed by vocalist Jane Ogle and the Southern Holiday Jazz Band, including saxophonist Jody Espina, Mitch Hennes on bass; Billy Hoffman on drums and Eric Jones on piano. That, in short, is one hell of a combo.

The one-night-only performance is, like all the Trinity shows (the “Opry” nights are loads of fun), organized by Velvet Caravan pianist Jared Hall, who works at the church’s music director. Advance tickets ($10) for the 7:30 p.m. show are on sale at brownpapertickets.com.

• “Throwback Thursday Live” is looking for people interested in reading their old writings (journals, poems, stories, myspace posts, etc.) for a fundraising event on Aug. 28 (it’s for the West Broad Street YMCA) at The Lady and Sons. If you’d like to participate, or learn more, email Timothy Reynolds and Valerie Lavelle at tbtlivesavannah@gmail.com.

•The Friends of Statts organization has announced that the 2014 Statts Fest—a celebration of injured artist and bassman Jason Statts—will take place at the Jinx Sept. 13. No band info yet.

• Although the uber-talented Mike LaBombard (keys, sax) is still aboard, The Royal Noise will play its first local shows without founding guitarist Johan Harvey in August. They would be: Huc-a-Poos (Aug. 17) and the Wormhole (Aug. 21, with Those Cats).

• Savannatronica is a new compilation of music by Savannah-area electronic musicians, available at lowcountryoscillations.bandcamp.com. Among the artists are Guerilla Swing, Adventures in Dreamland, Go, Grinder, Dynasty and Implode Them—there are 11 tracks in all. There’s an Electronic Low Country Facebook page, where all local electronica activity is chronicled. 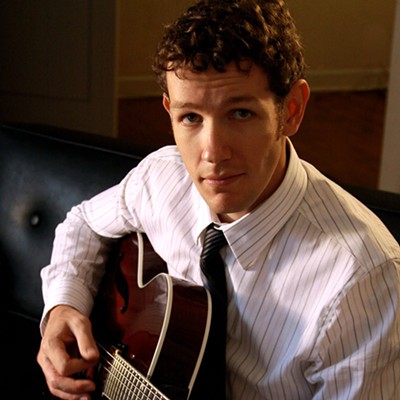