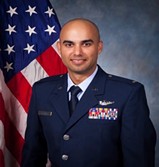 The ceremony was attended by family and Airmen from the 156th Airlift Wing at Muñiz Air National Guard Base, Puerto Rico, on May 4.

"In the video, as the names of the Airmen are called, you will hear their family  members and the Airmen of the PRANG respond with 'Presente y Vive!,'
click to enlarge 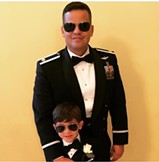 Maj Carlos 'Dulzura' Perez-Serra
which translates in English to 'Present and Lives,' as their souls, characters, memories and sacrifices will always remain Present and Living with their families, the PRANG and the island of Puerto Rico," says Sgt. Angel Oquendo, public information officer with the 156th.

"These are our fallen heroes who served our island and our nation . Thank you for telling their story," Oquendo says. 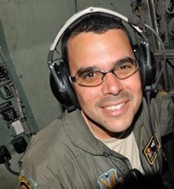 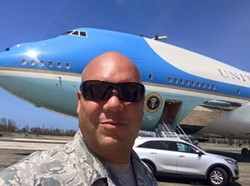