Former City Manager Rochelle Small-Toney was fired, uh, tendered her resignation last fall, so technically she's still in the running for this category. But next year, folks, we're going to have to ask everybody to move on. Hopefully current City Manager Stephanie Cutter will run a more responsible ship and we won't have to just cut-and-paste the names.

The Amber DeLoach murder remains one of the grisliest in local living memory, with the remains of the apparently strangled 18-year-old victim found in a burned-out rental car near Yamacraw Village. A suspect, Shan Demetrius Cheley, 36, has been indicted and faces trial. He was already in custody for a crap ton of previous offenses, and has a ridiculously long record going back to the mid-'90s. Simply put, that douchebag is the poster child for everything wrong with our justice system.

The funniest thing about Third District Chatham County Commissioner Tony Center being named Best Liberal is that in diehard liberal circles he's not really considered that liberal. But it's all a matter of perspective; when you're in a super conservative area, a little bit of liberal is enough. 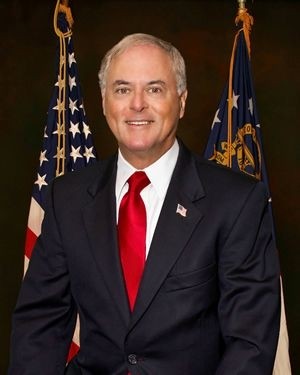 "All my life I've been liberal by local standards," says the Savannah native in explaining his governing philosophy. "I still think the individual is more important than the state. But I think government has a duty to regulate. Like a traffic cop."

The garrulous Center does admit that the way government operates goes a bit against his outgoing, talkative nature.

"I'd prefer to be able to call each commissioner to talk individually, but because of the open meetings laws you'd pretty much have to call an open meeting eight different times," he explains. "People think we collude all the time, but the truth is just about the only collaboration that happens is during the actual meetings when we have to vote on things."

Still, Center says that at the local level, constituent service takes up the bulk of the time he spends as county commissioner — a part-time gig in addition to his longtime career as a trial lawyer.

"I had several people call me last night about a plumbing problem in Marsh Bluff," he relates. "A good person will pay attention to these concerns. I don't know if I'm going to run again, so I don't do it to cultivate favor. I ran for the office and took on the obligation of addressing citizen concerns. I guess that's why I'm a liberal."

For a decade this group has coordinated foster care and relocated rescued pets throughout Savannah and the Lowcountry.

After 11 terms in the House of Representatives, the Republican is giving up his seat to run for the U.S. Senate. While it's always an uphill battle for a coastal candidate to win statewide in Georgia, Kingston hopes to beat the odds by relying on his long tenure in leadership positions, his telegenic national celebrity (including frequent appearances on HBO's Real Time with Bill Maher) and of course, fundraising!

Wow, this really is new, having essentially been announced concurrently with our Best of Savannah voting this year. It's a great idea; you take fallow fields declared unusable by FEMA and allow the community to use them as free vegetable gardens.

It's been interesting seeing Jackson, a longtime alderwoman before winning election as mayor, grow into the role. The Small-Toney debacle seemed to bring out leadership in her which many observers didn't think possible. Her recent reversal of support for double-decker tourist buses showed an ability to weigh competing interests for the public good rather than simply supporting "development" at all cost. The changes are clearly having an impact on the public for Jackson to have won this category; Tony Thomas usually wins it hands-down but is runner-up this year.

The outspoken Westside representative can always be counted on for frank appraisals, frank statements, and frank defense of the taxpayer's interests.

The school board president always remains affable and upbeat, running school board meetings in a pleasant and professional manner no matter how contentious the subject matter. And if you known anything about school boards, you know things can get pretty darn contentious.

When you say "where the rubber meets the road," you're talking about Brandon, just promoted from Director of Mobility Services to Chief of Management Services. If it drives or pedals or parks, he's your point man looking for innovation and efficiency.

Jeff the K is the National Pollutant Discharge Elimination System Inspector for Chatham County. That means he's in charge of "compliance inspections for stormwater pollution prevention in the unincorporated area." We call it BRINGING SEXY BACK.

This popular repeat winner occupies a high profile position on the force. Literally. Star Cpl. Sosbee sits high up on top of her horse, Red. She's been with SCMPD for 24 years, and with the Mounted Unit for 13 of those years. The big news in the Mounted Unit world is that they just got three new steeds from the Forsyth, Ga., Sheriff's Department. Ride on, Ann!