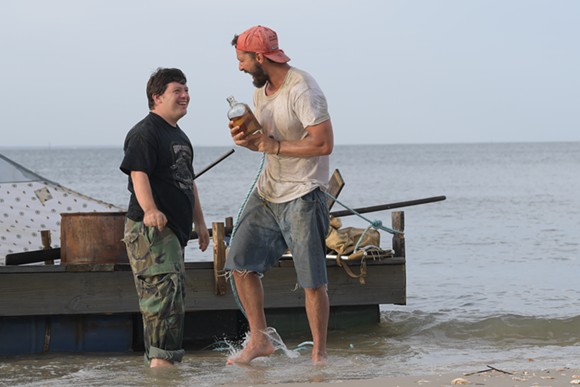 Roadside Attractions announces that their critically acclaimed, award-winning film The Peanut Butter Falcon will debut in Savannah on Friday, August 23 exclusively at Savannah 11 and Pooler Stadium 14.

The film was shot mostly in and around Savannah, beginning in July 2017.

"A modern Mark Twain style adventure story, The Peanut Butter Falcon tells the story of Zak (Zack Gottsagen), a young man with Down syndrome, who runs away from a residential nursing home to follow his dream of attending the professional wrestling school of his idol, The Salt Water Redneck (Thomas Haden Church)," a statement from the production company says.

"A strange turn of events pairs him on the road with Tyler (Shia LaBeouf), a small time outlaw on the run, who becomes Zak’s unlikely coach and ally. Together they wind through deltas, elude capture, drink whisky, find God, catch fish, and convince Eleanor (Dakota Johnson), a kind nursing home employee charged with Zak’s return, to join them on their journey."

The film won the Narrative Spotlight Audience Award at South by Southwest and currently has a 97 percent rating at Rotten Tomatoes.

It garnered some local controversy when star Shia LaBeouf was arrested July 8, 2017, in downtown Savannah for public drunkenness. The actor accepted a plea deal to charges of disorderly conduct.